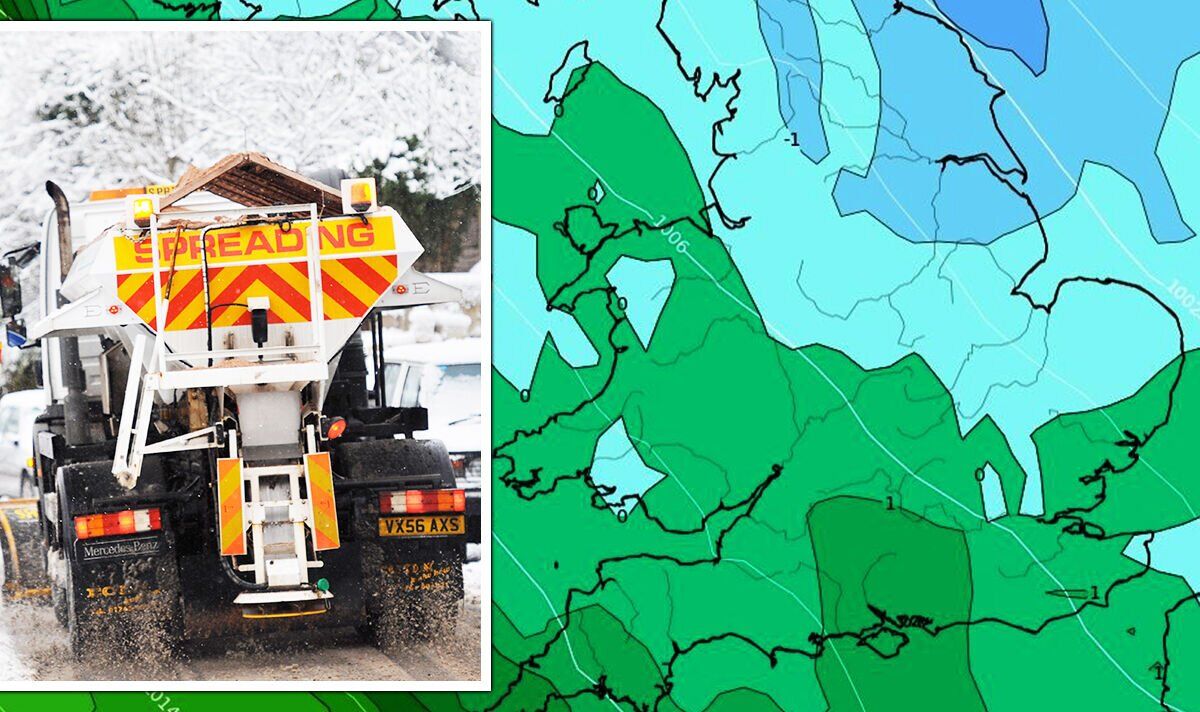 The Met Office is forecasting the first snow to hit the UK will be in Scotland in a matter of days as temperatures stoop to the lowest point in months for much of Britain. Aidan McGivern, the Met Office’s senior presenter, said this would be the country’s first dose of “more typical autumnal weather” as spells of cold weather begin this weekend and into next week. This will bring an “abrupt end” to the late summer temperatures much of the UK has been enjoying, with the mercury hitting 20C in the south just yesterday. But the forthcoming 10-day trend now looks far different from what the nation has become accustomed to.

The Met Office said: “Cold air and longer nights have brought some chilly starts over the past week, with the first frosts and snowfall of the season bringing a rather abrupt end to the summer heat.

“Further cold nights are expected, particularly over the weekend and into that start of next week, with some hills snow possible in northern Scotland from Monday.”

Aidan McGivern added: “Across the UK temperatures are going to be below average for the second half of the weekend and into Monday as well as Tuesday.”

As temperatures will drip to low single figures and below zero for some overnight it will be cold enough for a touch of frost and some snow showers.

But Aidan added the snow was nothing out of the ordinary. He said: “It’s really going to be over the tops of the Scottish mountains and there’s nothing particularly unusual about that at this time of year.”

The Weather Outlook’s founder, Brian Gaze, has also spoken about the colder weather incoming – predicting winds will strengthen on Sunday night, making way for 48 hours of cold and unsettled conditions.

Mr Gaze said: “During Sunday there could be a few showers in Wales and eastern England. The rest of the UK is expected to be dry and bright for much of the day. However, cloud builds in the north west and it turns wet through the afternoon and evening. Winds also strengthen.

“Through Monday a band of rain clears southwards and it turns a lot colder. Showery conditions develop and over high ground in the north some of them may fall as sleet or snow. In areas where cloudy conditions persist it could be particularly chilly for late September.”

It says: “A band of rain and cloud is expected to continue moving southwards over the UK at the start of this period, likely clearing the southeast by Monday afternoon.

“Sunshine and showers follow, these mainly affecting the north and east where they could be heavy, and perhaps turning wintry across the high ground of Scotland.

“Widely windy with gales possible across the northeast. Through the remainder of September and into October, conditions are likely to remain changeable with further frontal systems spreading from the west and northwest at times.

“Wettest conditions with periods of strong winds likely in the west of the UK, driest weather in the southeast. Temperatures rather cold at first, particularly across the north, but becoming close to or just above normal by the end of the period.”