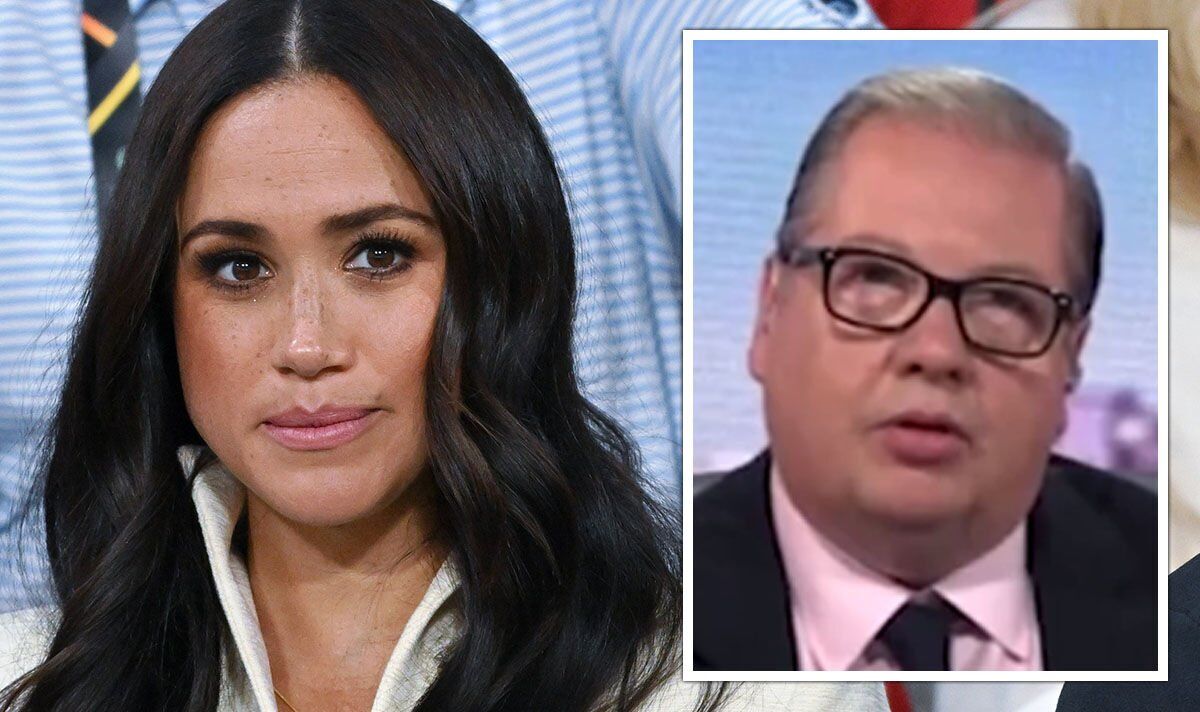 Meghan Markle’s animated show about a young girl has been dropped by Netflix. The Archewell Productions show Pearl – one of two projects announced as part of Harry and Meghan’s Netflix deal – was set to focus on the adventures of a 12-year-old girl inspired by influential women from history. Broadcaster Mike Graham compared the Netflix deal to the Spotify deal the Duchess has.

Speaking on TalkTV, Mr Graham said: “The great thing about Meghan is that she’s very good at talking a good game but not so much as carrying out the game.

“We’ve not heard any more from her since that Oprah Winfrey interview about all of the things she claimed were true which were later debunked.

“She’s kicked all that off into the side.

“She’s only made one podcast for Spotify. They asked them to do a series of podcasts.

“I think they’re going to try and gear up to see if they can do a second one. I do a podcast every day on this show.

“These people who haven’t even got jobs can’t even manage to do one a year.”

Royal biographer Angela Levin added: “Well, their very first one was about rich people being unable to take holidays and complaining about it.”

It comes as Meghan was to serve as an executive producer of the series alongside David Furnish – filmmaker and husband of Sir Elton John – according to an announcement published on the Archewell website last July.

The news that Pearl is being dropped comes after it emerged that Netflix lost 200,000 users over the first three months of 2022, falling well short of predictions it would add 2.5 million subscribers.

Netflix has stumbled in the face of increased competition from the likes of Disney, Amazon Prime and the reopening of cinemas.

The US firm has seen its share value cut in half over the past six months as investors have grown increasingly concerned by the change in fortunes.

Netflix said Archewell Productions remains a valued partner and they are continuing to work together on a number of projects, including the documentary series Heart Of Invictus.