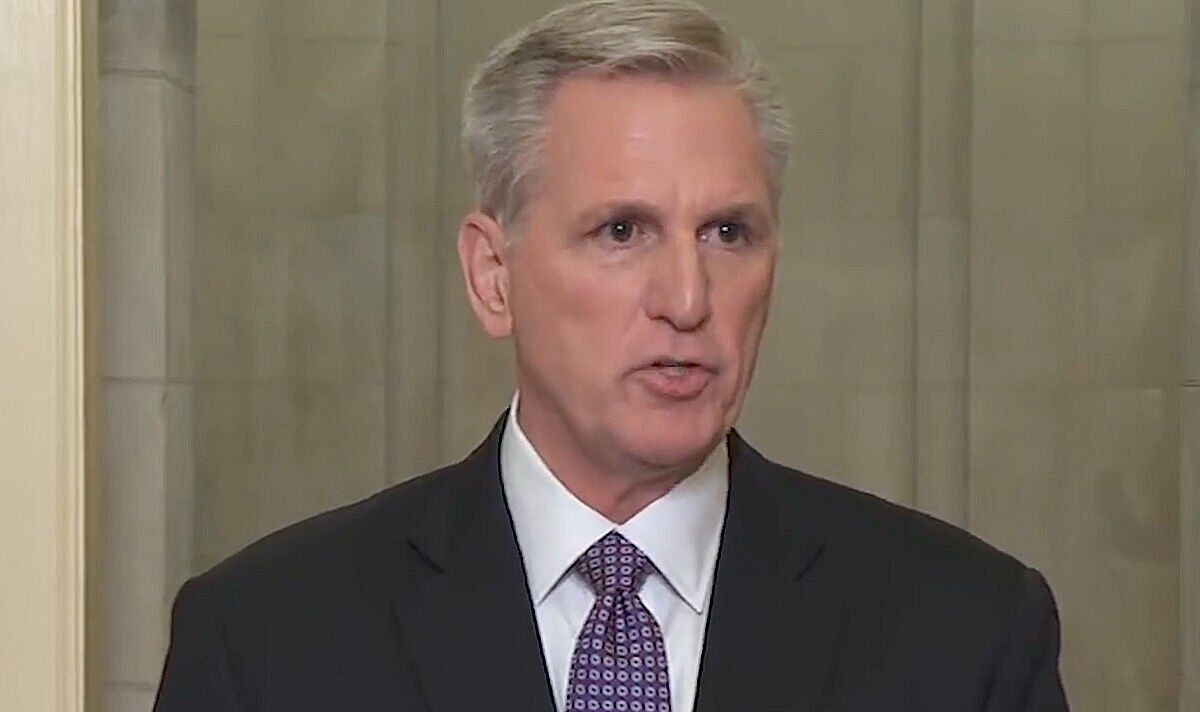 Kevin McCarthy fiercely defended his decision to boot out Adam Schiff and Eric Swalwell from the leading Intelligence Committee in a savage clash with PBS reporter Lisa Desjardins. The pair were filmed butting heads as Desjardin challenged the Speaker on allowing George Santos to serve on committees despite ongoing questions about his suitability to serve in Congress. But McCarthy was quick to retaliate, asserting “you have not had the briefing that I had” about the Democrats duo’s security threat warnings.

Desjardins asked: “You said that lying to us is something that means you should be removed from the Intel Committee. But why is it not a factor [for Santos]?”

The Speaker of the House attempted to answer but was interrupted: “Well, let me be very…”

“This is a man who should not be on committees,” the reporter cut in.

McCarthy said: “Let me be very clear and respectful to you. You ask me a question, when I answer it, it’s the answer to your question.

“You don’t get to determine whether I answer your question or not, okay? With all respect, thank you. No, no. Let’s answer her question. You just raised the question. I will be very clear with you.

The Speaker alleged Schiff, a key ally of President Joe Biden, used “his power as a chairman and lied to the American public. Even the inspector general said it.”

He continued: “When Devin Nunes put out a memo, [Schiff] said it was false. When we had a laptop, he used it before an election to [play] politics and say that it was false and said it was the Russians when he knew different, when he knew the Intel…He used his position as chairman, knowing he has information the rest of America does not, and lied to the American public.

READ MORE: US ‘will’ step in with Ukraine tanks after Germany condemned over snub

“So, no, [Schiff] does not have a right to sit on it. But I will not be like Democrats and play politics with these where they removed Republicans from committees and all committees.

“So, yes, he can serve on a committee, but he will not serve on Intel because it goes to the national security of America and I will always put them first.”

“So it wasn’t just us who were concerned about it, the FBI was concerned about putting a member of Congress on the Intel committee that has the right to see things that others don’t, because of his knowledge and relationship with a Chinese spy.

“So, you know what? I respect his voters, too, and they’ll serve on committees, but they will not serve on a place that has national security relevance because integrity matters to me. That’s the answer to your question.”

Schiff previously served as chairman of the committee and led the investigation into Donald Trump’s ties to Russia.

He also supervised the first impeachment of the former US President centering around charges claiming he had leveraged US military aid to launch an investigation into his political rivals.

Fellow Democrat Swalwell raised eyebrows over his association with a suspected Chinese spy who had helped raise funds for his 2014 campaign. He later stopped interactions with the individual once the spying allegations surfaced in 2020.