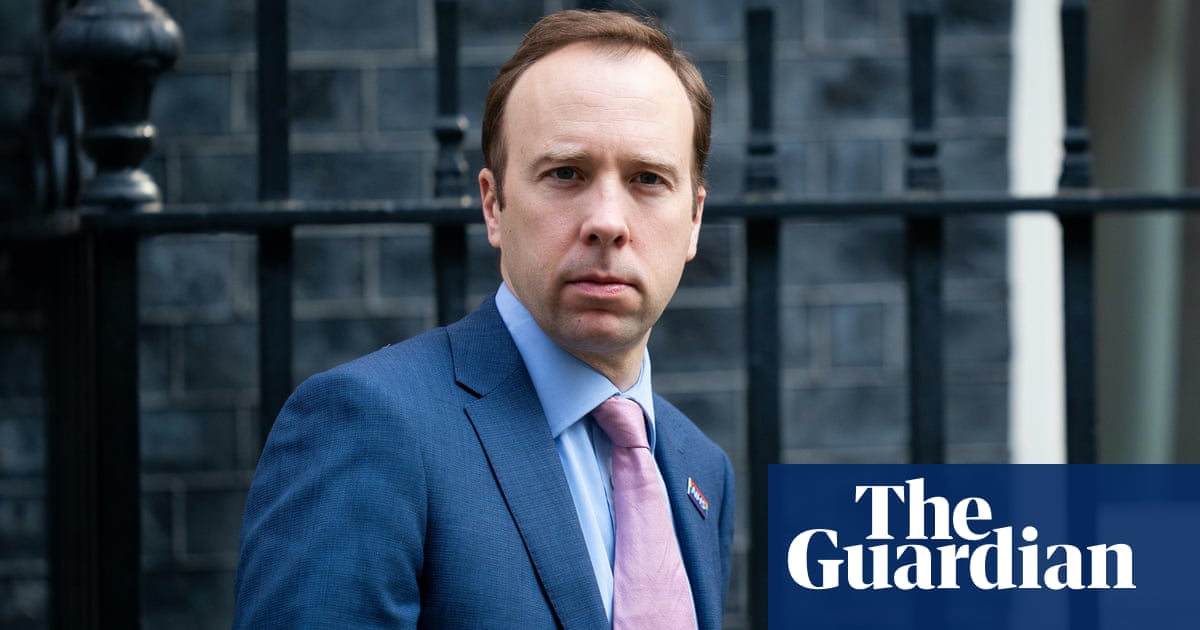 In a critical report, the National Audit Office (NAO) concluded that the Department of Health and Social Care (DHSC) did not record properly why it awarded contracts worth nearly £500m to the healthcare firm, Randox.

The NAO also reported that Hancock’s then department failed to declare four meetings its ministers held with Randox as it was required to do under transparency rules. No minutes of six meetings between Randox and ministers were kept.

In a report published on Thursday, the NAO ruled that the gaps in this record-keeping meant it could not certify positively that the contracts had been awarded correctly. However, it added that it had “not seen any evidence that the government’s contracts with Randox were awarded improperly”.

While the government was fast on procurement, it was fast and loose on process

The watchdog’s investigation centred on how the health department awarded two contracts to Randox to carry out Covid testing, without other firms being given the opportunity to compete for them.

In the early days of the pandemic, the department gave Randox a £133m contract, and then a contract worth £328m in October 2020. The normal rules on holding open competitions for public sector contracts were at the time suspended by the government under emergency powers designed to speed up the award of the contracts.

The NAO reported that Hancock and Paterson exchanged messages eight times over private email or WhatsApp between January and October 2020. At the time they were sent, Hancock forwarded only two of them to officials. The others have only recently been shared with the department.

Hancock told the NAO that “he did not discuss anything substantive in the messages not forwarded at the time and so did not need to inform the department of their content”. The watchdog said: “These messages were not inconsistent with what the then secretary of state saw as his ministerial responsibility to drive progress, rapidly building testing capacity with Randox and other suppliers.”

Documents that the health department was forced to publish last month after pressure from Labour MPs show that after Paterson lobbied Hancock directly, the then health secretary chased his officials, saying he was “very worried” about how his department was treating Randox and other firms.

The government has admitted that it often conducted official business over private channels such as WhatsApp during the pandemic, leading to criticism that there is little or no record of how decisions were made.

A leaked memo last year revealed how Hancock regularly used a private email account to carry out government business. Another watchdog, the Information Commissioner, is investigating the use of private emails by DHSC ministers.

Meg Hillier MP, the chair of the House of Commons public accounts committee, said: “Government grasped the urgent need to increase the scale of testing early in the pandemic. But while it was fast on procurement, it was fast and loose on process.

“The Randox contracts illustrate that proper transparency by government is vital. Government didn’t document decisions properly and the public is right to raise questions about whether it was playing with a straight bat.”

The NAO concluded that the health department did not record key evidence of how it awarded the first contract, adding: “The department gave us incomplete or no documentation on other significant aspects of the procurement, including detailed due diligence, detailed contractual negotiations leading to the first contract award, and consideration of potential conflicts of interest.”

The NAO found that the health department did not have any documents on how it had negotiated the fee it paid Randox for conducting tests that would establish whether millions of individuals had caught Covid. It did not check whether the prices it was paying in the first contract were fair, and subsequently it achieved a reduction after the Cabinet Office concluded it was paying over the odds.

Randox did not have enough equipment to conduct the large number of tests that it had been paid to carry out, according to the report. Number 10 and the health department had to step in and persuade universities to give them equipment.

Critics have questioned why such a large contract was given to Randox when public sector laboratories or other firms that had capacity could have been used. Hancock visited Randox in Northern Ireland in 2019 on a trip which Paterson helped organise.

Spokespeople for both Hancock and Randox sought to characterise the NAO’s findings as uncritical. “The report found no evidence of wrongdoing because there was no wrongdoing – just lots of hard work to expand testing capacity,” Hancock’s spokesperson said.

A Randox spokesperson said: “This independent finding vindicates what both Randox and the government have always said, that these contracts were awarded on merit and in keeping with government protocols and regulations at a time of acute national emergency.”

The DHSC said: “The NAO concludes there is no evidence that the government’s contracts with Randox were awarded improperly.”