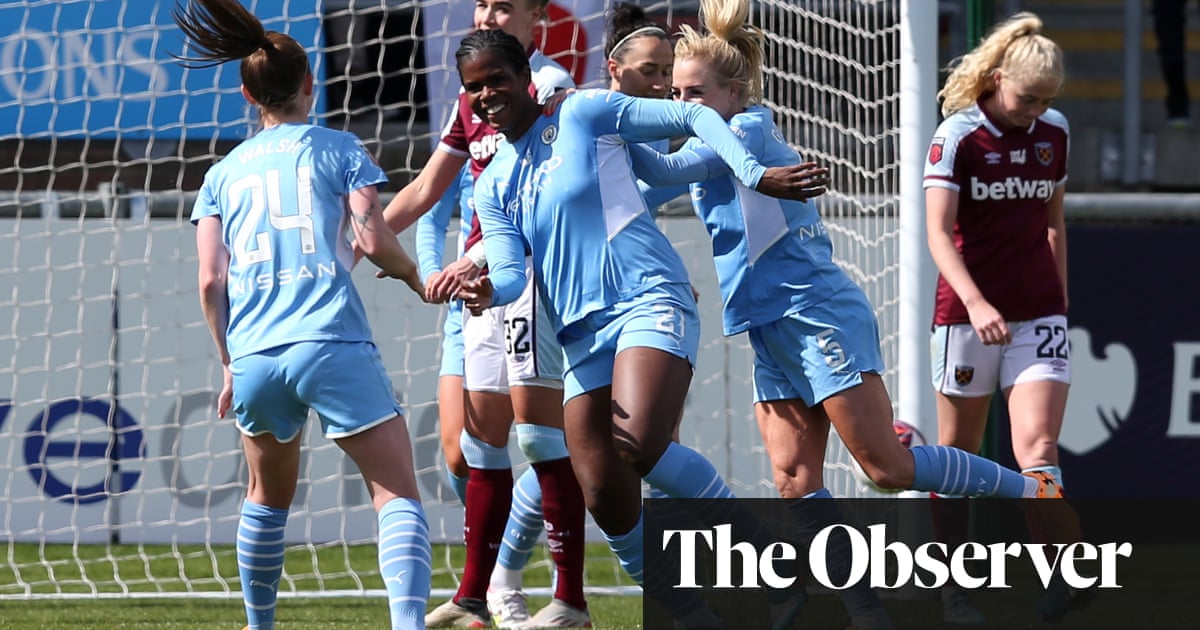 Manchester City’s hopes of qualifying for the Women’s Champions League received a major boost as they triumphed 2-0 at West Ham.

Georgia Stanway opened the scoring for Gareth Taylor’s side by finding the bottom corner of the Hammers’ net with just eight minutes gone. Khadija Shaw then doubled City’s advantage with a clinical header shortly after the hour mark.

“It was an important win and another clean sheet,” said the City manager Gareth Taylor. “It was pleasing. It could have been more. West Ham are a team who have only lost twice at home all season and it was a really important win at this stage.

“Performance-wise, we could have been three or four up in the first 30 to 35 minutes, which was a frustration. We spoke about a few things at half-time. It’s never easy – it’s the hardest thing to put the ball in the back of the net.”