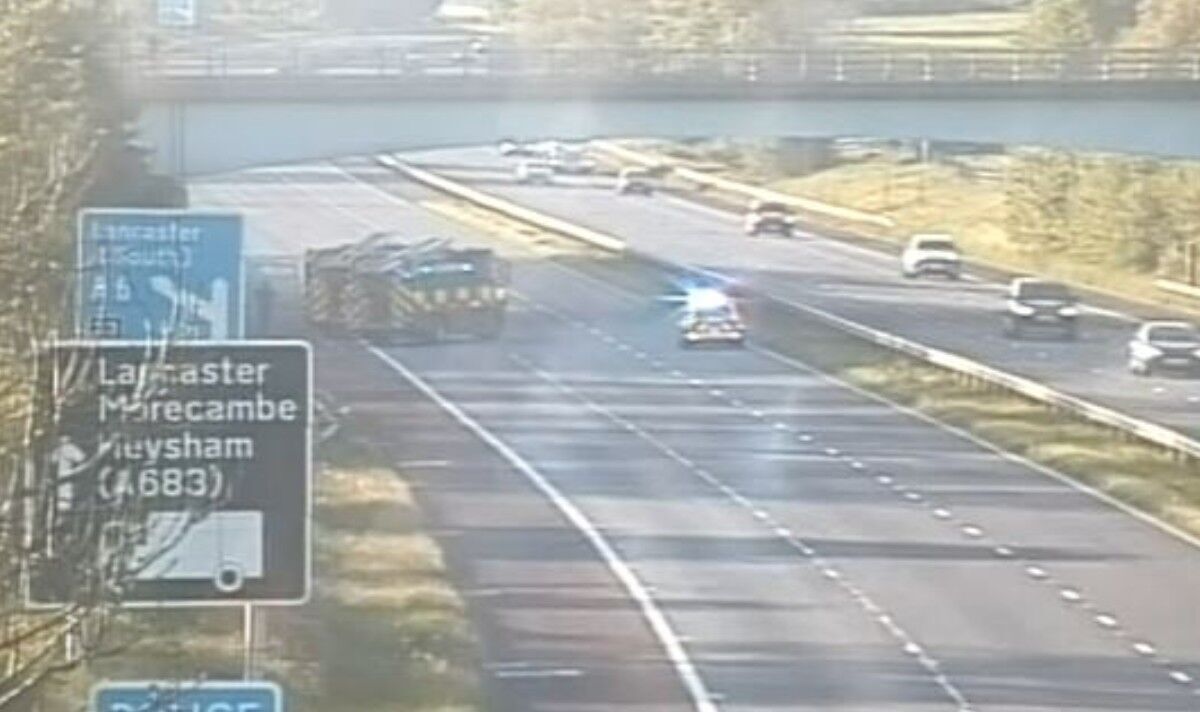 After the fire broke out, all lanes of the M6 closed shortly after 7pm.

The traffic stopped on northbound from J32 near Blackpool and Fleetwood until J33, near Lancaster.

Drivers were advised to take care as they approach.

A motorway camera image showed a largely empty motorway with a fire engine in the centre of the three lanes.

Fire services rushed to the scene to assist.

National Highways said in an announcement on Twitter: “Traffic has been stopped on the #M6 northbound between J32 #Blackpool #Fleetwood and J33 #Lancaster #A6 near @motoway #LancasterServices.

“@LancashireFRS are on scene with a vehicle fire. Delays are building on the approach, please take care. Updates to follow.”

At 7.30pm, one of the three lanes opened to help the traffic as the emergency services were still at the scene.

Shortly before 8.30pm in the evening all lanes were reopened and delays ceased.