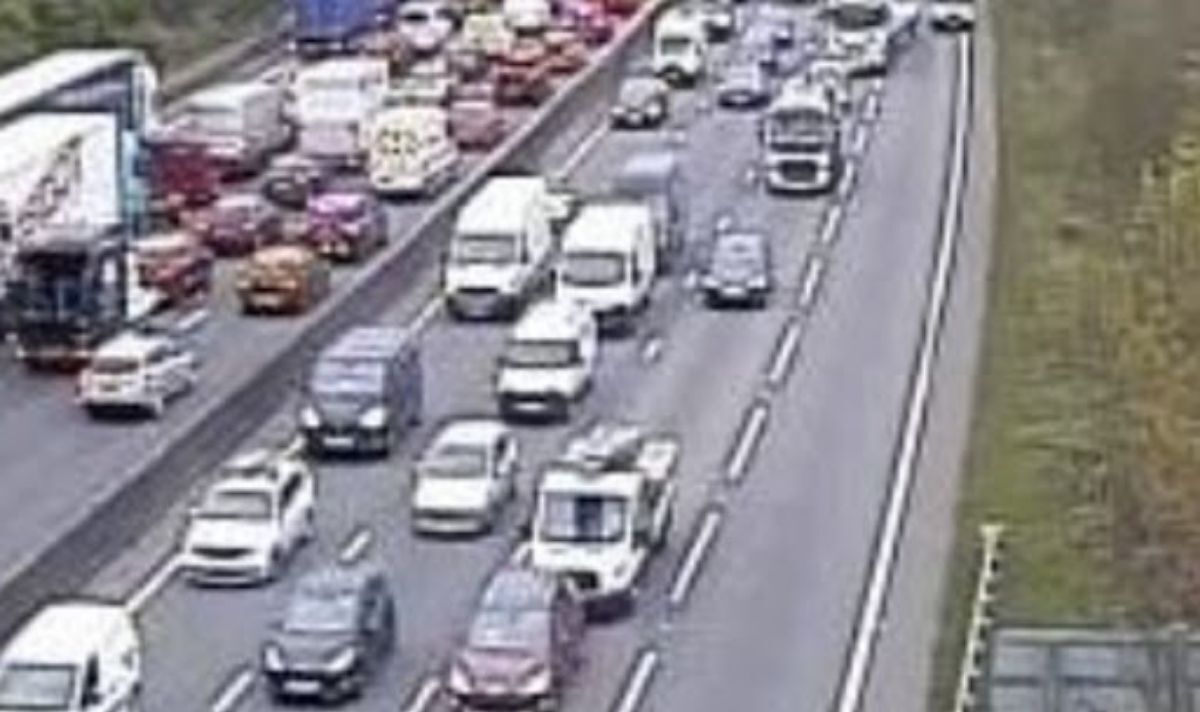 The lane closures are causing traffic to move slowly from Junction 7 on the M23 to the services where the lorry broke down.

Queues were reported around six miles long of solid traffic.

The lorry broke down in lane 3 meaning only lane 4 is open for moving traffic.

At around 6.40am, traffic service Inrix reported: “Three lanes closed and queuing traffic due to broken down lorry on M25 anticlockwise at Clacket Lane Services. Congestion to J6 Godstone. Between J6 Godstone and J5 M26.

‘Lanes one, two and three (of four) still closed past a broken down lorry, but the vehicle fire shortly after is clear.”

Recovery is on the scene but the lanes still remain closed and there is heavy queuing.

It follows a separate incident on the M25 near Clacket Lane services earlier in the day.

First reported by traffic services at 5am on Wednesday, it is understood that one vehicle caught fire causing two lanes to be closed off.

The lanes were closed between the motorway services and Junction 5.

Highway services rushed to the scene and cleared the burning car from the motorway in around an hour.