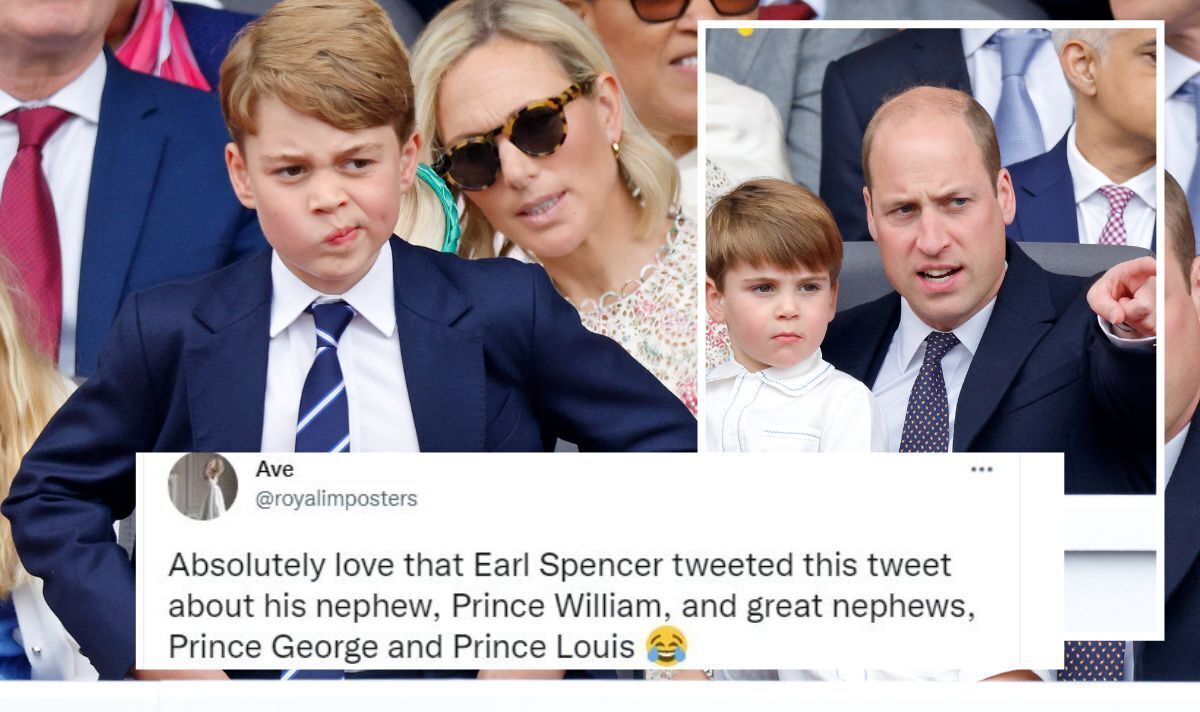 The children of the Duke and Duchess of Cambridge caused a stir among royal fans with their adorable reactions during the Platinum Jubilee celebrations. Many Twitter users went about commenting particularly on Prince George, 8, whom they said looked like a football manager on the field, as the family attended the Platinum Pageant on The Mall.

Charles Spencer retweeted a joke about the young boy, who is third in line to the throne, commenting on a photo of him standing next to his brother and dad.

In the image, George makes a troubled expression and has his hands on his waist while Prince William holds 4-year-old Prince Louis, and points at something to attract the toddler’s attention.

Twitter user, @MattWWoolwich wrote: “Prince George looks like he’s sending Louis on with five minutes to go to try get a winner, while William gives him the instructions.”

The post went viral with over 200,000 likes and more than 20,000 retweets as royal fans reacted hysterically at the joke and expressed their enthusiasm.

A user with the Twitter handle @iCrowby commented about Prince George: “He’s had that football manager vibe going on for a while now.”

While another user, @ninety_six96 wrote: “Louis nods like he’s listening to instructions when all he wants to do is get on and get amongst it.”

To which @AndyJGard replied: “You know Louis is a bit too revved up and he’s getting a warning then a yellow in his first 3 mins.”

Other users even replied with edited photos of the father and sons sitting on an actual football bench, among other football players, or in front of a football net.

The crowds that watched the celebrations in honour of Queen Elizabeth II’s 70 years of reign could not resist observing and commenting on the children’s reactions and interactions during their appearances.

At another moment during the People’s Pageant, George was spotted dropping his head in his hands as he laughed at his brother waving around his hands in a victory sign while nodding his head in time with the music.

A video of the kids caused a stir among royal fans, who laughed and joked about the toddlers on Twitter.

Twitter user @isaguor wrote: “Nooo this is so cute!

“Prince George’s reaction is the best.”

@marybridgelal added: “Louis stole the show and I love every minute of it.”

@CountessCommon1 noted Prince George looked like “the epitome of exasperated big bro” with his reaction to Prince Louis’s behaviour.