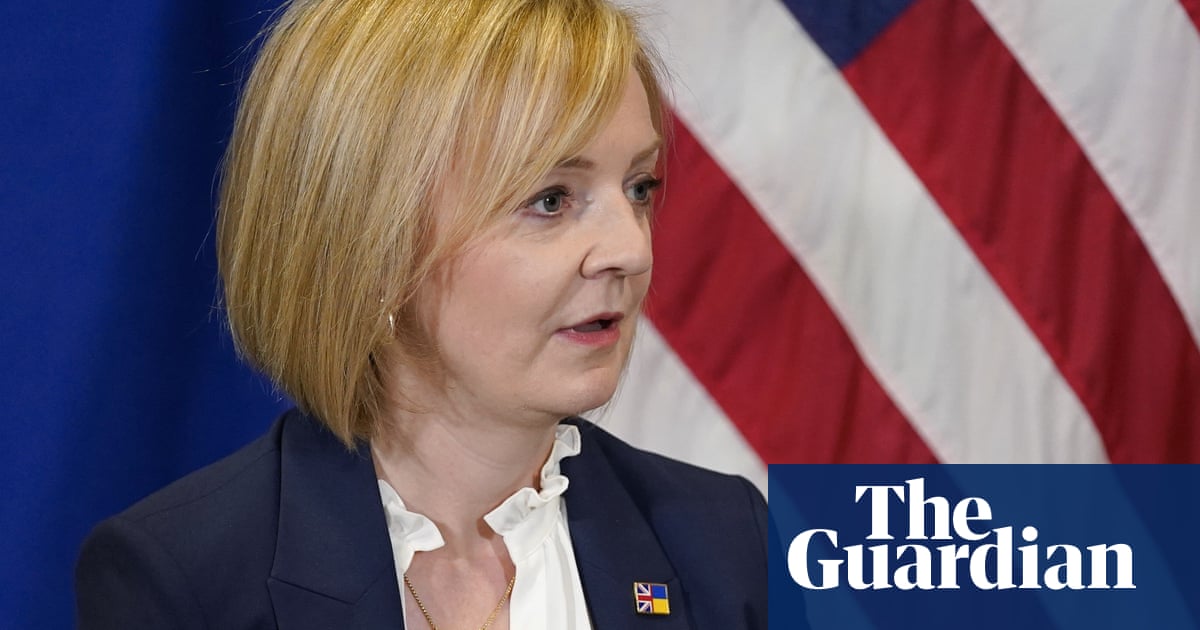 Liz Truss has dismissed as “sabre-rattling” Vladimir Putin’s warning that Russia will use “all the means at our disposal” to protect itself, warning in her UN speech: “This will not work.”

The Russian president’s threats in a televised address to the nation appeared to suggest the conflict in Ukraine could spiral into a nuclear crisis, prompting a furious response from world leaders, led by the US president, Joe Biden.

The new UK prime minister, who addressed the UN in New York hours after a virtual speech by the Ukraine president, Volodymyr Zelenskiy, urged world leaders not to “let up” on dealing with Putin despite domestic concerns about soaring energy prices.

“This morning we have seen Putin trying to justify his catastrophic failures,” she said. “He is doubling down by sending even more reservists to a terrible fate. He is desperately trying to claim the mantle of democracy for a regime without human rights or freedoms. And he is making yet more bogus claims and sabre-rattling threats. This will not work.”

Truss also used her address to highlight the continuing struggle, with economic security at its heart, between democracies and autocracies. “Unless democratic societies deliver on the economy and security our citizens expect, we will fall behind,” she said. “We need to keep improving and renewing what we do for the new era, demonstrating that democracy delivers.”

Earlier, in a joint statement with the European Commission president, Ursula von der Leyen, Truss added that the Russian military mobilisation, with 300,000 reservists to be called up as the Kremlin attempts to regain ground in the face of a counterattack by Ukraine’s forces, was “a statement of weakness”.

The foreign secretary, James Cleverly, will face his Russian counterpart Sergei Lavrov at a meeting of the UN security council on Thursday, where he will set out how Russian forces continue to violate international law, and expose how Moscow plans to fix the results of sham referendums in occupied territories.

He is expected to say: “We can and must make clear to President Putin that his attacks on the sovereign will of the Ukrainian people – so clearly expressed as they fight for their homes – must stop. His assaults on the UN charter and international norms that protect us will not be tolerated and he must withdraw from Ukraine to enable a return to regional and global stability.”

As foreign secretary, Truss travelled to Moscow to meet Lavrov in February, just weeks before the invasion of Ukraine, but relations were icy with Russia’s top diplomat describing the talks as a conversation of “the mute with the deaf”, as she warned Moscow of tough sanctions in the event of an attack on Ukraine.

British officials are treating Putin’s threat of using nuclear weapons very seriously, both in terms of defence, but also as another example of Russia flouting international agreements.

Yet they are ruling out engaging in a battle of words with the Russian president, who they believe is under growing pressure at home after attempting to mobilise reservists who have been trying to get to airports across Russia.