Skip to content
HomeNewsLine call: the Wimbledon ticket queue is back – and tennis fans couldn’t be happier 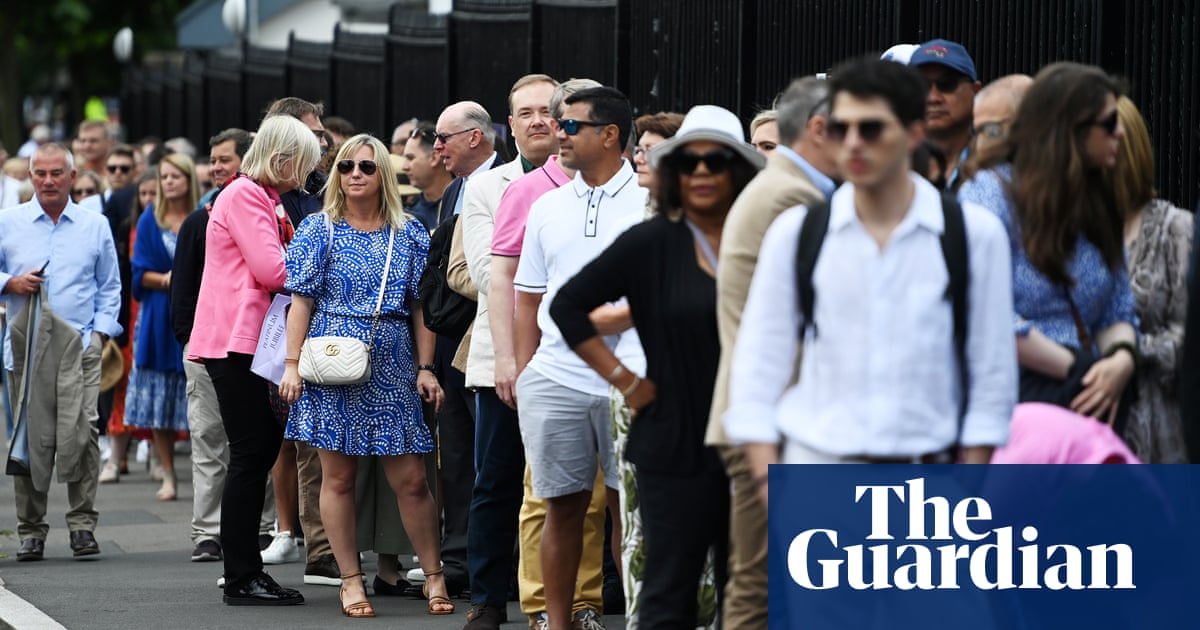 Age: About a century.

Appearance: Back with a vengeance.

I don’t know what this is. You don’t? But it’s as British a pursuit as foxhunting or football hooliganism.

You’re not really selling Britain as a concept here. Look, every year, the start of the Wimbledon tennis tournament is marked by an almighty queue for tickets.

How long are we talking? Well, the tournament started today. But people have been queueing since Friday. In 2017, there were thought to be 7,000 people in the queue.

Thousands of maskless people, standing in close proximity for days, during a Covid surge? Oh don’t be so unpatriotic. This queue is important. It’s a chance for people to indulge in the most British thing that any British person could ever do.

Which is what? Shouting “Come on, Tim!” three-quarters of the way through a tennis match.

You know Tim Henman retired in 2007, right? I don’t know then. The Scottish one. The woman. Whoever’s good at tennis these days.

Do you even actually like tennis? God, no. Tennis is terrible. But what I do like is boredom, forced jollity and sunburn. As such, the queue for Wimbledon tickets is the highlight of my year.

Is it traditional, then? Is it ever. In 1927, to pick one, Wimbledon had to turn away 2,000 would-be spectators. People queue in the rain. They queue in the sun. Nothing can stop these people from queueing.

Are there toilets at least? Oh God, don’t bring up toilets.

Oh no, why not? Because this year, the toilets placed along the route are unisex.

That seems sensible and inclusive of them. It is NOT. It is a sign that Wimbledon has gone WOKE, and people are ANGRY.

Better to pee in a bush in front of thousands of strangers, then? Absolutely. Wimbledon is about tradition, and nothing is more traditional than being unsanitary in full view of people you don’t know. This is the true spirit of Wimbledon.

You know, I just had a thought. Don’t you dare mention smartphones.

But it’s 2022. Wouldn’t it just be easier for people to apply for tickets on an app or something, rather than spending 40 hours in a miserable queue surrounded by urinating strangers? Don’t you dare take this away from me! It’s tradition! Tradition! Now pass me the strawberries and cream.

Do say: “Nothing is more British than queueing to watch tennis.”