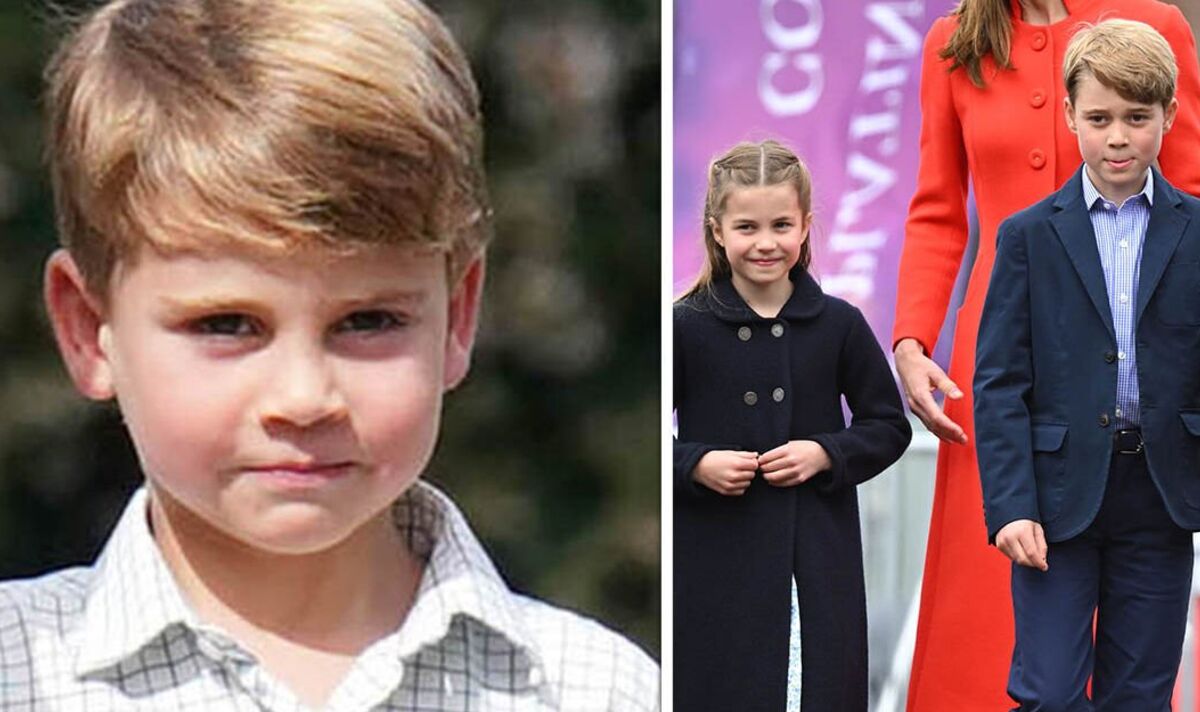 Kate and Prince William‘s younger son Prince Louis “could well be a private citizen” in the future rather than a full-time working member of the Firm like his siblings are expected to become, according to a royal author. The tot, who turned four in April, may follow in the path already walked by the Prince of Wales’s cousins who, rather than taking on royal duties, carved out their own careers, royal author Katie Nicholl said.

Ms Nicholl noted some of the Queen‘s grandchildren – such as Zara Tindall, Peter Phillips and princesses Eugenie and Beatrice – remain on the sideline of the Firm’s everyday duties but are involved in wider royal events.

The role non-working royals can have during key events was witnessed in June, during the celebrations of the Queen’s Platinum Jubilee.

While Zara and Peter accompanied their mother Princess Anne at Epsom Derby, Eugenie and Beatrice headed to a street party in Westminster to meet and thank well-wishers who were honouring their late grandmother.

The royal cousins were also present at large events such as the Party at the Palace concert and the service of thanksgiving.

In an adapted extract from her upcoming new book, titled The New Royals, published by Vanity Fair, Ms Nicholl wrote: “George, Charlotte, and Louis, who had starring roles at the Platinum Jubilee celebrations in June, are being raised by their parents with an awareness of their positions and the roles they will one day carry out in support of the monarchy.

“George knows that like his papa, he will one day be king, while Charlotte will likely juggle the role of being the spare with a career. Louis could well be a private citizen undertaking occasional royal duties, like William and Harry’s cousins Zara Tindall and Peter Phillips, as well as princesses Beatrice and Eugenie.”

Ms Nicholl added Prince George, who aged nine became the second-in-line to the throne following the death of Queen Elizabeth II, is facing “more pressure” than his seven-year-old sister Charlotte and younger brother.

She wrote: “Inevitably, because he is an heir, there will be more pressure on George, something William and Kate are acutely aware of.”

Over the past years, Wiliam and Kate have tried to give their children a childhood as normal as possible, shielded from the spotlight and the public eye.

With this goal in mind, the Princess of Wales herself has been taking most of the portraits of her children released over the years to mark their important milestones and birthdays.

The Waleses’ move to Adelaide Cottage in Windsor is also believed to be part of this effort, with a royal source claiming this was “very much a decision that’s been led by the kids”.

They added: “This is very much a decision that two parents have made to give their children the ‘most normal’ start possible.

“[Kensington Palace] can be a little bit of a fishbowl. They wanted to be able to give George, Charlotte and Louis a bit more freedom than they have living in central London.”

The relocation to Berkshire also brought another change in the youngsters’ lives.

As announced by Kensington Palace in late August, the children have all been enrolled at Lambrook School, just a 15-minute drive from their cottage.

While Louis had previously attended Willcocks Nursery School in London, Charlotte and George had spent their previous school years at Thomas’s Battersea, also located in the capital.

Nevertheless, Kate and William are slowly but surely introducing their children to royal duties, with George and Charlotte marking several firsts together – likely due to the fact there is a closer age gap between them than Prince Louis.

On Christmas Day 2019, they took part in their first walkabout as they met royal fans waiting outside of St Mary Magdalene Church in Sandringham.

In March, they attended the memorial service for Prince Philip and they paid their first-ever official visit to Cardiff in the midst of the Jubilee celebrations.

Most poignantly, George and Charlotte attended the funeral of their great-grandmother the Queen on Monday.

The siblings behaved impeccably throughout the first service held at Westminster Abbey and the committal service at St George’s Chapel.

Brother and sister appeared to support each other throughout the long day, with Charlotte being spotted reminding the second-in-line to bow as the Queen’s coffin was passing in front of them.