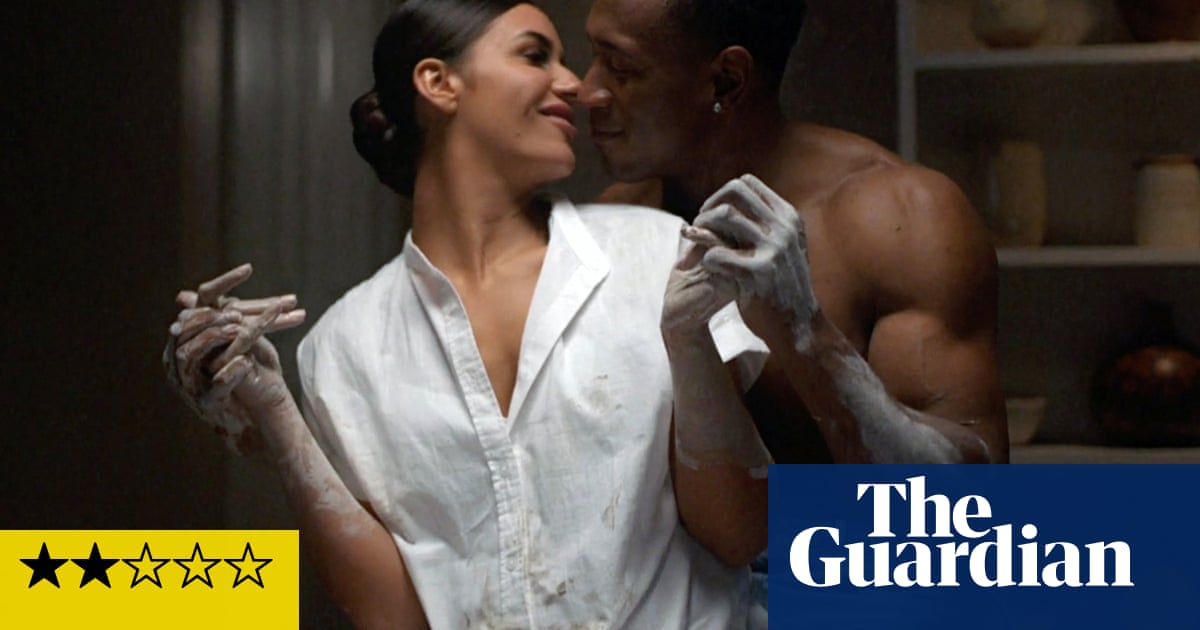 At the start, the concept behind the new dating show Let’s Make a Love Scene (Channel 4) sounds complicated, though it does eventually reveal itself to be a lot of faff around one simple question: out of three options, who does one person fancy the most? The host, Ellie Taylor, who does a lot of the comedic heavy lifting, explains that this is a dating show that “does it like the movies”. It tries to find out whether you can “test sexual chemistry by faking it”, which doesn’t make much sense when you think it through. “It happens in the movies, so why not in real life?” Taylor asks, a question that, thankfully, nobody has thought to apply to Jurassic Park.

Ultimately, this is sexy cosplay on a Dinner Date platter. In this week’s first episode, a leading man has to reenact three steamy scenes from the movies with three leading ladies, and at the end of all that snogging and grinding, he picks his favourite woman for a proper date. Apparently, the leading ladies are film buffs who have definitely chosen the movies all by themselves because they like them so much, and are absolutely not just given a film containing a sex scene by the producers. They then have to perform in their own versions of those sex scenes. This week, that’s key moments from 9½ Weeks, Mr & Mrs Smith and Out of Sight, with the lucky lead, 22-year-old Lailand, who plays rugby and clearly knows how to flirt.

Asking two strangers to simulate sex for the cameras without first establishing boundaries and comfort levels would not be very 2022, so naturally there is an acting coach and an intimacy consultant on hand, who mostly stand around trying to get the fledgling couple to pretend they are acting, and not just being given a free pass to kiss each other while playing dress-up. (This show is, surely, a nightmare for anyone in a relationship with an actor.) “What are they thinking and feeling?” says the acting coach, in an attempt to get Lailand to inhabit his character in 9½ Weeks. He considers this carefully. “He’d probably have a boner,” he says. Inside the Actors Studio, indeed.

Instead of simply showing us the recreations of the sex scenes, though, they show us all the work that went into them. It’s not so much that little is left to the imagination, it’s that the imagination is ditched completely: film sets are, generally, very dull places with more waiting around than this summer’s airport queues. Now, whenever you see Out of Sight, don’t think of J.Lo confidently and slowly stripping off in front of George Clooney. Instead, think of a self-confessed cougar from Wales and a young man amused by his enormous boxers on a shonky set. There is a camera crew shouting things like, “Shove it in!” (minds out of the gutter, this is still mainstream television) and “Let’s have a little bucket on standby?” Taylor is deadpan when necessary, the programme has enough self-awareness to recognise its own trashiness, and there are moments when the absurdity is amusing (“The eggs and the jelly bit aside, that’s quite steamy”). But clearly nobody on this show is looking for love. I do love the potential for romance on a dating show – this lot are all just looking for a bit of telly time.

The problem is that once you get past the gimmick, this is just the familiar format of three dates followed by a winner, and I don’t think I’ve seen a single dating show like it where it hasn’t been obvious who will be chosen from the second they meet. It’s just that here, they have to do slightly more than cook each other dinner. As I said, it looks like a faff.