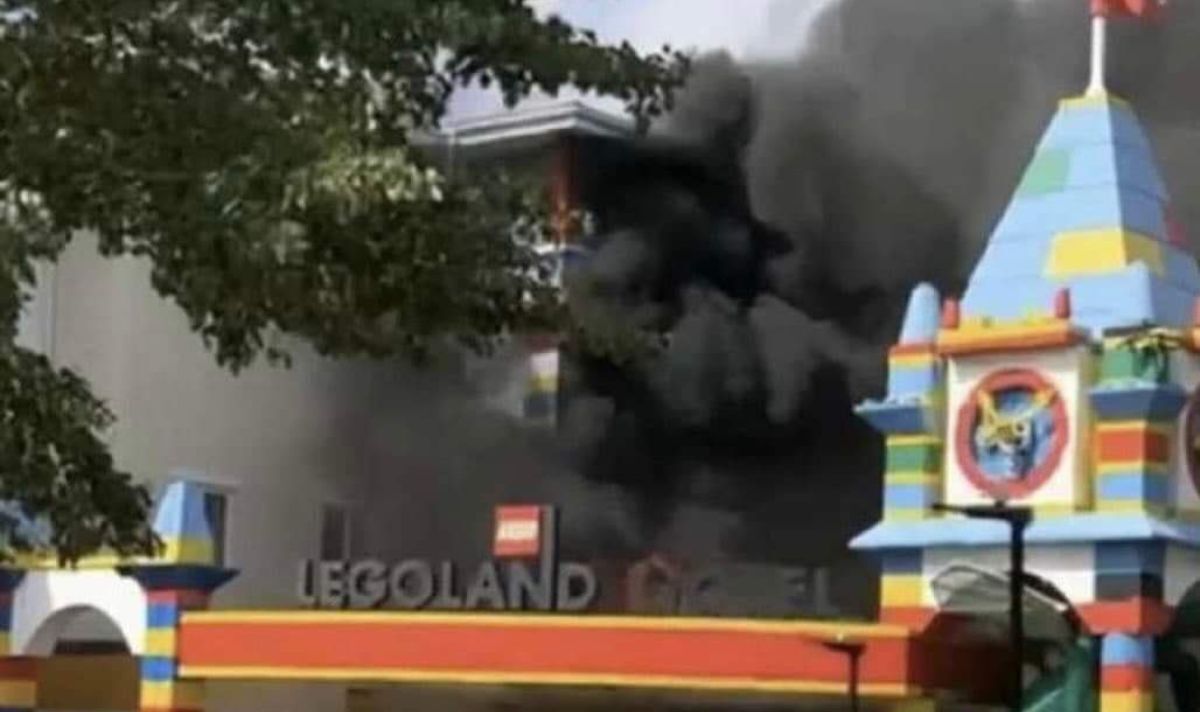 A major blaze at Legoland in Windsor sent thick black smoke and flames high into the sky. The scene was photographed by hotel guests who were evacuated as emergency services rushed to the resort. The fire broke out at approximately 4pm today, on Sunday, July 31.

Black smoke was seen billowing from the iconic resort venue.

According to one user on social media, the fire was situated at the hotel.

Guests were told to leave the venue and assemble outside the pizza and pasta restaurant.

Speaking to the Daily Star a Legoland spokesman said: “At 15.35 hrs today, there was a small fire outside the LEGOLAND hotel.

“The fire was isolated to the front exterior of the hotel only.

“Our well-rehearsed emergency procedures were immediately implemented and the emergency services were called and attended the site.

“The Hotel was immediately evacuated and all guests and staff are safe and well.

“The health and safety of our guests is our top priority and the hotel is currently closed whilst the fire brigade’s investigation takes place.

“Hotel guests are being refunded or offered alternative accommodation. Guests have been given extra time to enjoy a selection of rides in the theme park this evening, which remains open for business as usual.