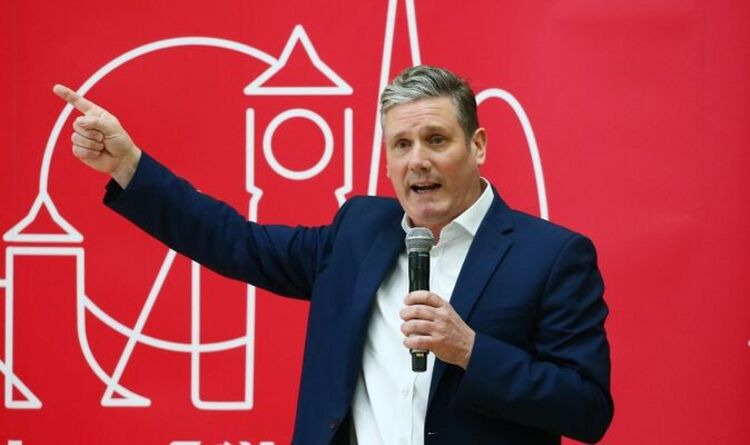 Labour leader Sir Keir Starmer and his Scottish equivalent Anas Sarwar have warned that millions of pounds of investment could be at stake over the SNP’s opposition to new nuclear plants. The new plants would also bring in new jobs and opportunities for Scotland, according to the Labour Party.

Mr Sarwar said that the SNP has an “unscientific and economically backward opposition to nuclear energy” meaning “Scotland now risks paying the price in lost jobs and opportunities”.

The Prime Minister announced: “We cannot allow our country to be dependent on Russian oil and gas.

“An important part of the British Energy Security Strategy is our plan to deliver eight new nuclear reactors, the equivalent of one a year, powering millions of homes with clean, safe, and reliable energy.”

Ministers of the SNP block nuclear plants on grounds of safety, cost and the environmental impact and have the ability to prevent projects with their planning controls.

UK Business Secretary Kwasi Kwarteng stated that there were “no plans to impose nuclear reactors in Scotland”.

Sir Keir is due to embark on a trip to Glasgow and has already commented ahead of the trip, saying: “Both the SNP and the Tories need to get their act together when it comes to dealing with the energy crisis.

“We need real investment in green and renewable jobs, not more broken promises.

Mr Sarwar is fighting for support over a proposal for a new nuclear fusion plant based in North Ayrshire.

He said: “Bills are going up, and neither the SNP or the Tories are serious about the action that needs to be taken to bring bills down long term.

“Scottish Labour have a plan that could give people over £1000 in support to deal with the short-term crisis.”

He continued: “But we need answers that focus on bringing bills down long term, as well as meeting our commitments to cut our reliance on fossil fuels and make our energy supply more secure in an unstable world.

“To do that, nuclear and the highly paid and skilled jobs it brings, must be part of Scotland’s energy mix.”