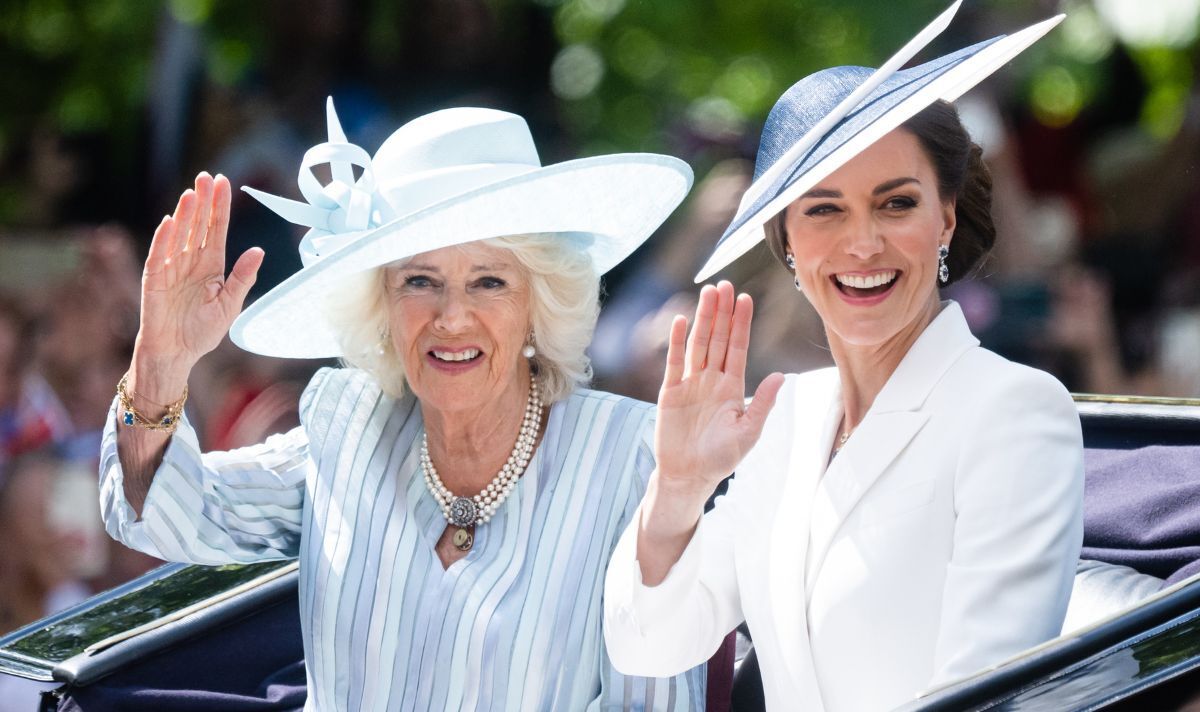 From her side, royal expert Katie Nicholl told Entertainment Tonight: “There is a hierarchy in all of this.

“The Queen Consort, really, gets first choice of the Queen’s jewellery. And after that is Princess of Wales, of course, Kate.

“The Duchess of Sussex, I’m sure, will come in for some jewellery at some point, but she is much further down the pecking order.”

The Princess of Wales and the Duchess of Sussex paid tribute to the Queen with the jewellery they wore to the funeral.

Kate opted for the same necklace and earring combination that she wore just over a year ago for the Duke of Edinburgh’s funeral.

The pieces of jewellery were also previously worn by her husband’s late mother, Diana, and are thought to have been loaned to Kate for the first time by the Queen in 2017.