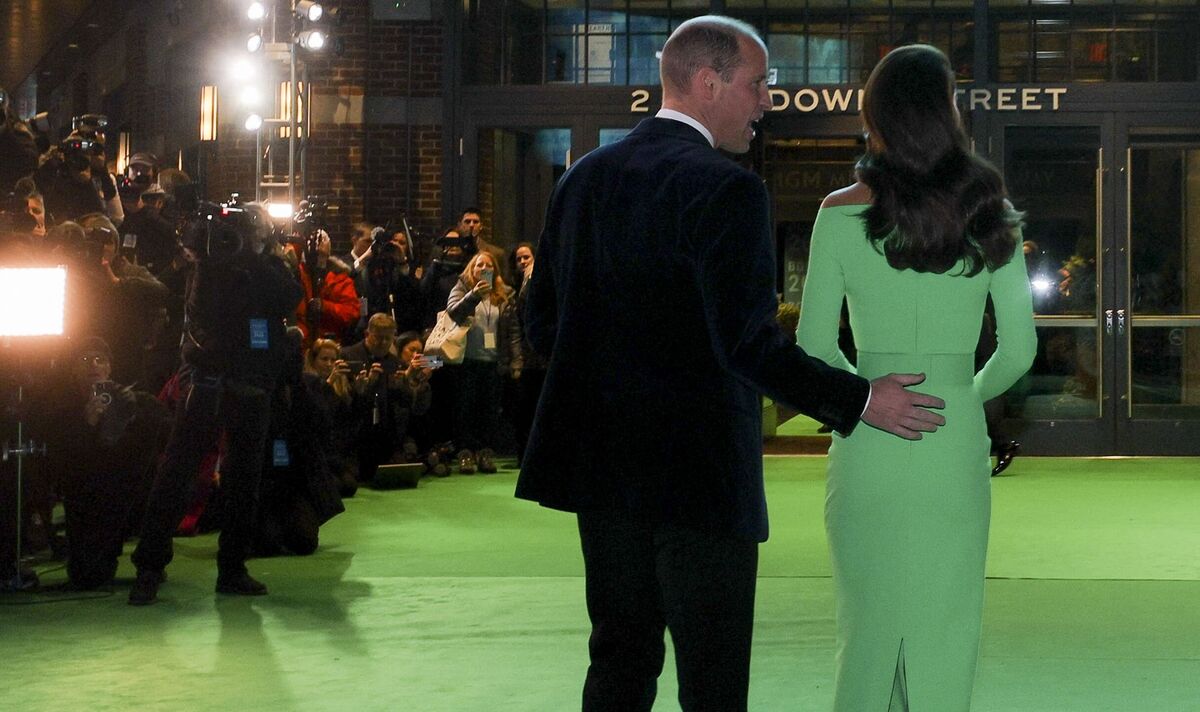 Kate, the Princess of Wales and Prince William attracted a lot of public attention in their earlier outings as a married couple with their strict adherence to the royal protocol on public displays of affection. The Prince and Princess of Wales have grown more relaxed over the years, holding hands and sharing meaningful looks and touches when in public but they still remain quite formal when in public. Body language expert Blanca Cobb argued the couple still managed to show they are “crazy about one another” while respecting royal rules.

Ms Cobb said: “William and Kate are very royal-esque and I do believe that they love each other, they’re crazy about each other.

“They just demonstrate it in public in a very different way. They have a different protocol for PDA as do Harry and Meghan.

“Even though Harry and Meghan abide by a strict protocol, they did break it from time to time when they were part of the Royal Family, when they were active in their royal duties.

“They just connect differently, and that’s all there is, it’s a different way of showing their affection in public. I do believe, and I’ve been watching this couple for years, they’re crazy about one another.”

JUST IN: Meghan’s attack on Kate backfires as Duchess urged to move on from ‘bobbling and crying’

The body language expert said Kate and William’s “synchronicity” betrayed the deep level of affection they share despite the formal attitude they adopt.

“That synchronicity or the degree of the smile lets us know that they’re still very much connected to one another.

“So, although they’re public or PDA might be a little different, they’re still a very connected and regal couple.”

“They were renegades with their affection but that’s what felt good to them, that’s what felt natural to them as a couple, and it was important to them to express their love in that manner.”

The Duke and Duchess of Sussex further highlighted the close relationship they share in the newly-released Netflix docuseries Harry & Meghan.

The couple shared never-before-seen footage and pictures of the most important moments of their relationship, including private snaps of their engagement, and of their new life in California.