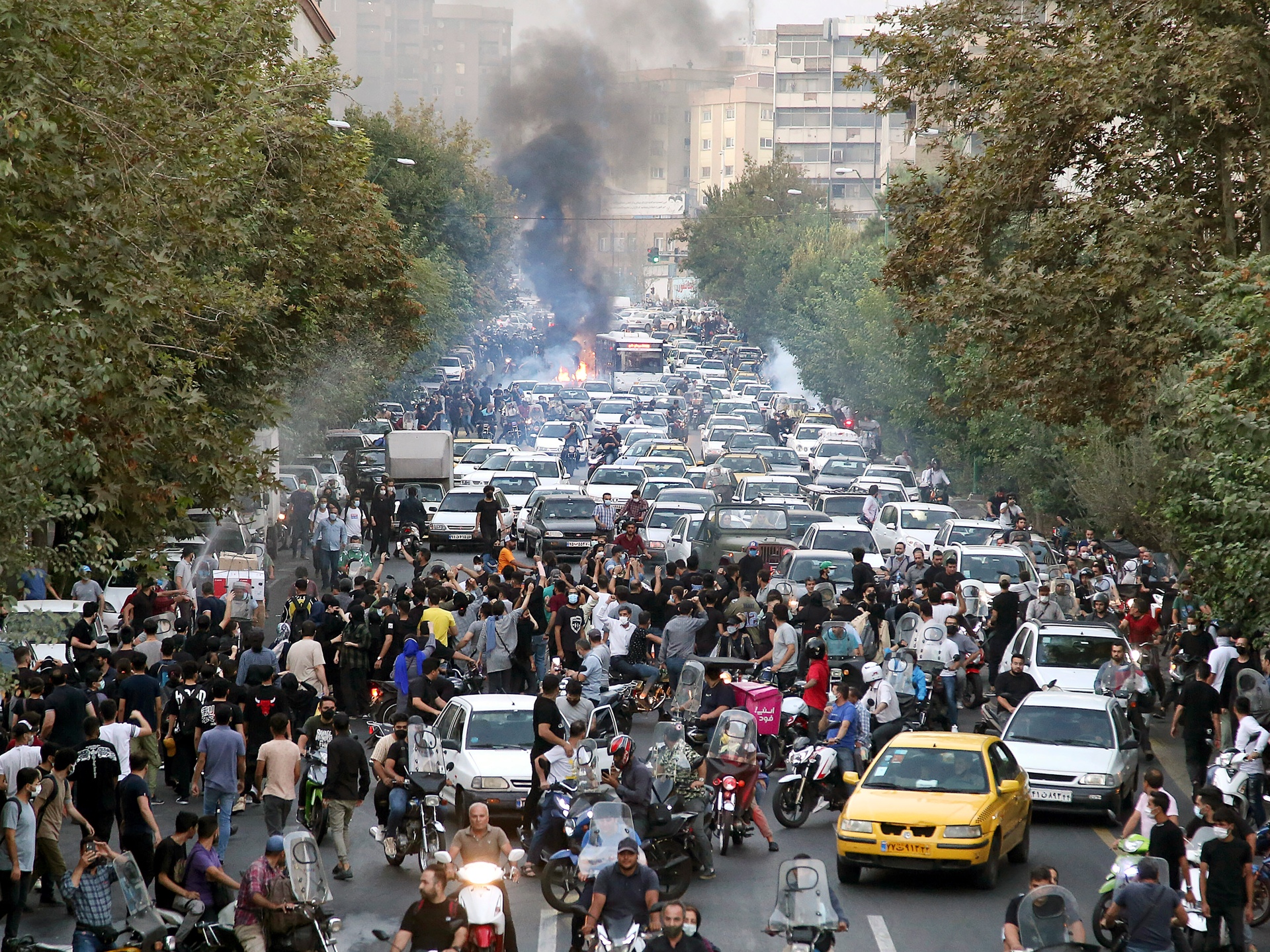 Iran has been rocked by weeks of protests following the death of Mahsa Amini in custody.

Iran’s judiciary chief has ordered judges to issue harsh sentences for the “main elements of riots” as protests continue over the death of Mahsa Amini, a young woman who died in custody nearly a month ago,

“I have instructed our judges to avoid showing unnecessary sympathy to main elements of these riots and issue tough sentences for them while separating the less guilty people,” the Iranian semi-official Students News Agency quoted Gholam-Hossein Mohseni-Ejei as saying on Thursday.

Mohseni-Ejei had previously ordered courts across the country to fast-track the cases of those arrested.

The protests started in mid-September after Amini, 22, died while in the custody of Iran’s so-called “morality police” for an alleged breach of the country’s strict dress code for women.

A report last week by the medical examiner’s office did not specifically mention the cause of Amini’s death but said she had a brain tumour operated on when she was eight, and no blows were dealt to her head or other organs.

Amini’s family have refuted the authorities’ account that she was not beaten, and has also questioned the validity of the coroner’s report.

Her death triggered the biggest protests in Iran since 2019 when a surprise move to ration fuel and raise prices sparked unrest.

Last week, Majid Mirahmadi, deputy for security and police affairs at the interior ministry, had warned that “anyone who is arrested at the scene of the riots will not be freed under any circumstances until the time of their trial, which will be held quickly and will issue assertive and deterring sentences”.

Dozens of people have so far been indicted in connection with “riots”, while stringent internet restrictions continue.

Iranian President Ebrahim Raisi on Thursday accused the United States of resorting to a “policy of destabilisation” against Iran.

“Following the failure of America in militarisation and sanctions, Washington and its allies have resorted to the failed policy of destabilisation,” Raisi said at a summit in Kazakhstan, according to his office.