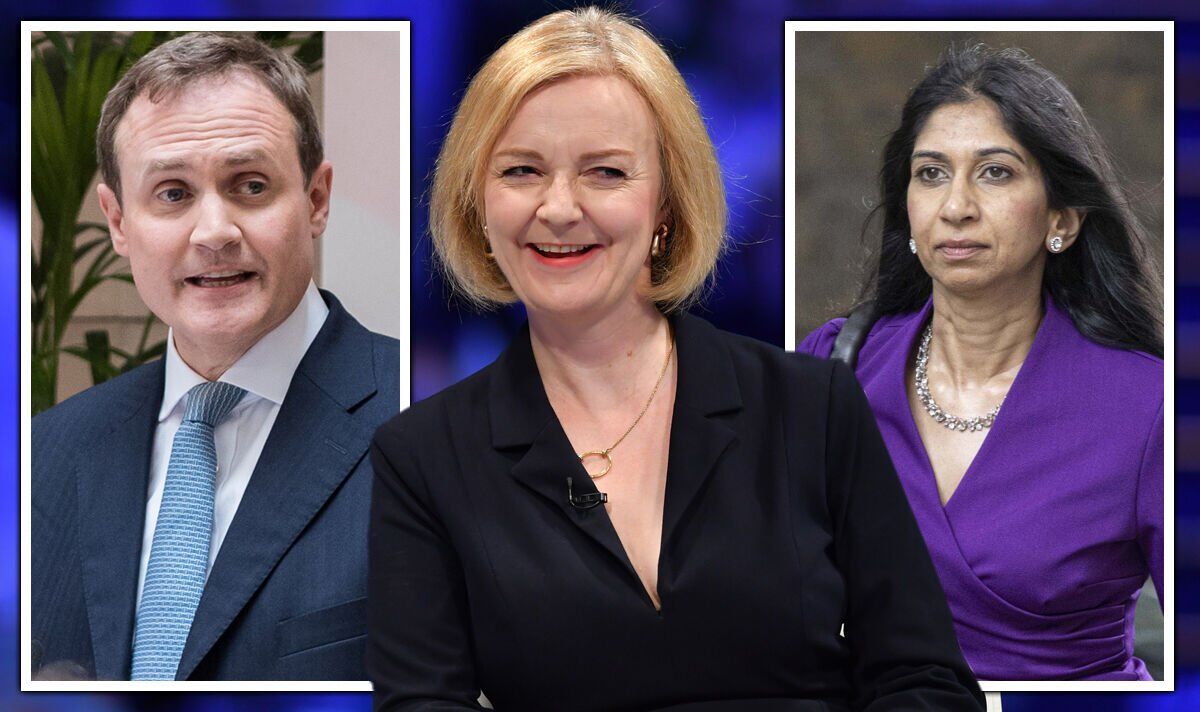 The Foreign Secretary is now widely expected to be unveiled as the new Tory leader and Prime Minister on Monday and had been strongly tipped to name the current Attorney General Suella Braverman as the new minister in charge of the problematic Home Office. But sources have told Express.co.uk the former army officer Mr Tugendhat may have moved in front of Ms Braverman as the favourite to take the key post where he will be put in charge of the security services, policing and ending the immigration crisis.

A source close to the Truss team told Express.co.uk: “Tugendhat is pencilled in as Home Secretary; he probably wants Foreign Secretary but that is almost certainly going to James (Cleverly) also Ben Wallace is likely to stay at Defence.”

Another source added: “Braverman could be headed to Justice because that’s where the Human Rights reform is taking place and it fits with her current AG (Attorney General) role.”

Ms Truss faced off in the final hustings tonight with her rival former Chancellor Rishi Sunak.

She is currently the strong favourite to win the contest.

Others tipped for jobs are Jacob Rees-Mogg as Business Secretary, Kwasi Kwarteng as Chancellor, Therese Coffey as Chief Whip and Jake Berry as Party Chairman.