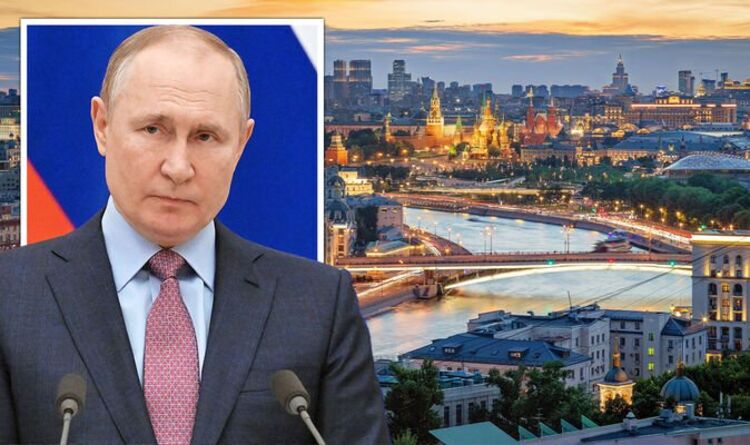 The population of Vladimir Putin’s Russia is dwindling. Figures show that, at the fall of the Soviet Union in 1991, Russia was home to some 148.4 million people. Today, while the Russian Federation only has marginally less than that number — 144 million — it hints at a wider trend when compared to the rest of the world.

Putin is more than aware of the birth rate crisis in his country.

In 2006, he launched a policy to encourage people to have more children, and in 2018, one of the top orders of the National Goals and Strategic Objectives of the Russian Federation was to ensure “sustainable natural population growth”.

Speaking in November 2021 – while troops continued to mass along Ukraine’s border – the long-reigning President called the population figures “insufficient” for the “vast territory” of Russia.

Speaking at a press conference, he said: “From a humanitarian point of view and from the perspective of strengthening our statehood, and from the economic point of view, the demographic problem is one of the most important.”

Putin continued: “We have a little more than 81 million people of able-bodied age. We are obliged to increase the number by 2024 and 2030.

“This is one of the factors for economic growth. Not to mention the geopolitical component of this major issue.”

But despite his efforts, the figures have not improved, with an average of 1.5 children per woman.

Demographers agree that this figure needs to be around 2.1 for a population to grow.

The problem is compounded by a shorter life expectancy – Russians die almost a decade earlier than Brits on average, according to a study by Oxford University published in UnHerd.

And during the coronavirus pandemic, government data showed more than one million excess deaths, dwarfing Putin’s official death toll of 360,000, making it one of the highest levels of excess mortality of any country in the world.

These unfavourable figures are believed to be part of why Putin invaded Ukraine in the first place – returning the region to within what he calls the Russian “family”.

But evidence is emerging that the ongoing conflict could, in fact, worsen the situation, as sanctions plunge Russia into recession and educated professionals and young people flee for better conditions in other countries.

lya Kashnitsky, assistant professor at the Interdisciplinary Centre on Population Dynamics in Denmark, told the Financial Times: “With this insane conflict, Putin is shooting himself in the foot.

“The biggest losses will come not from the conflict but from a deep economic crisis in Russia.”

Already a “brain drain” is underway, as people seek to flee the economic and social implications of Putin’s war.

According to the Russian parliamentary commission, between 50,000 and 70,000 workers in the tech sector have now fled the country since the war broke out.

Israel has created a fast-track “green route” for refugees from Ukraine and Russia, reportedly targeting people working in robotics, aeronautics and nanotechnology.

Jean-Christophe Dumont, who heads the Organisation for Economic Co-operation and Development (OECD)’s international migration division told the Financial Times: “Since the start of the war almost as many Russians as Ukrainians have relocated to Israel.

Mr Dumont said that, while the number of Russians leaving the country hadn’t been much of a concern for the government before now, with the focus more on birth rates and life expectancy, this was now changing.

He said: “This situation now is certainly changing the game, and a number of countries are seizing the opportunity.”

The economic impact of the brain drain, coupled with the knock from the pandemic and sanctions, are likely to exacerbate the problem by impacting birth rates as people choose not to have more children due to economic strife.

Elina Ribakova, deputy chief economist for the Institute of International Finance in Washington, told a press conference this month: “I don’t see much support coming from this government.

“They are going to focus on rebuilding reserves, rebuilding buffers, then military spending.”

Independent demographer Alexey Raksha said the impact of the economic downturn caused by the war will start being felt early next year.

He said: “The total fertility rate – the number of children the average woman bears – may drop by 10 percent in the next year or two due to the fall in incomes.”

The fertility rate could completely “collapse” in 2023, he warned, unless a substantial financial incentives programme is launched in Russia.

Mr Raksha added: “It’s only just starting to get through to people that they may lose their jobs, that everything has become more expensive while salaries have not risen.”