Skip to content
HomeNewsI’ll shout from the rooftops that I use food banks. There should be no shame | Liz 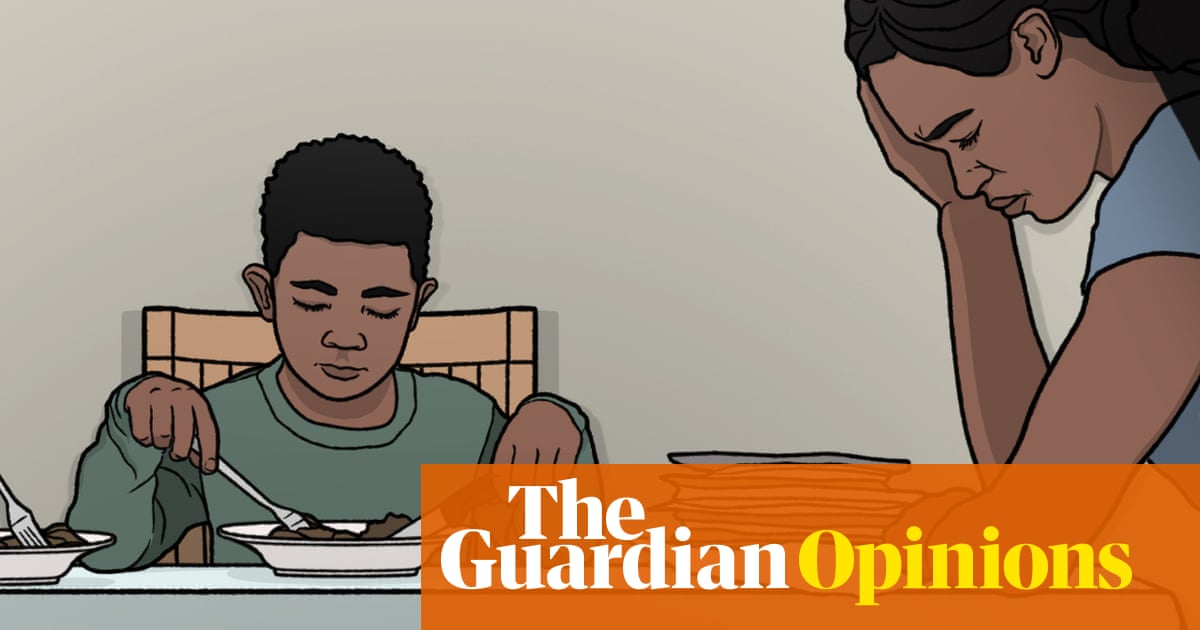 I first used a food bank 10 years ago, when my son’s father took my last £20 and spent it on drugs. I went by myself because he was ashamed to be seen there. I wasn’t – I’ve always helped other people when I’ve had a few quid. I’ll shout from the rooftops that I use food banks because there’s a stigma attached to them and there shouldn’t be. If it wasn’t for their rice and eggs and tins of beans, we wouldn’t have got to eat sometimes.

I’ve worked pretty much all of my life and can’t stand people who are happy to sit on their arse and just pick up benefits. I’ve done so many things, but mainly worked in the hospitality industry running bars or doing hotel management. I even trained dolphins for a while, but that’s a long story best left for another day.

I always seemed to choose the wrong man. I have two children and they have different dads. I had an on-off relationship with the father of my teenage daughter for a few years. He was incredibly violent. Eventually I gave evidence against him in court and he was imprisoned. When he came out of prison he said he was rehabilitated and we gave it another go. Then I got pregnant, he went for me again and I left him.

I was with the father of my son for a number of years. Unfortunately, he was addicted to drugs and violent, too. When my daughter was 10, he went for her. I told him to get out of the house. He wouldn’t, so we did.

Money wasn’t easy when we were together because of his addictions, but since then it’s got worse. For a while he would give me the odd 50 or 60 quid for my son, but now I get nothing from either of the dads. I told the CSA [Child Support Agency] they were earning small amounts so one was ordered to pay £3.50 and the other £7, which neither did. It’s beyond a joke. If they were paying even £50 a week maintenance, it would make a huge difference. That would be £400 a month extra between them and we’d be able to live so much more comfortably. The government has really got to get its act together when it comes to child support, but they’re too busy partying at Downing Street to bother.

My struggles have had an impact on my health. I’ve been diagnosed with osteoarthritis and fibromyalgia, which means I’m in constant pain. I’ve still managed to work, but am limited to 16 hours a week because I get Esa [employment and support allowance], which is for people who have a disability or illness. I also get Pip [personal independence payment], which in total amounts to around £250 every two weeks. My rent is paid for, and we’re lucky to live in a three-bed house, but the cost of living crisis is already having a huge impact on me, and I’ve got a feeling it’s going to get a lot worse.

Four months ago I got a part-time job in a jewellery shop serving customers and fixing bracelets and necklaces. I love the work, and the money helps of course, but it is still unbelievably tough. It cost me £1.89 per litre in my tiny Kia the other day. I’d put in a tenner and it was still flashing that the tank was empty.

My gas and electricity was around £30 a week last year. Now it’s £40-45. I’m constantly unplugging stuff to save money. I find myself stinting on myself so the kids have enough to eat.

Over the past decade, I’ve found myself going back to the food bank at regular intervals. The Christmas I separated from my son’s dad they were brilliant. They gave us Christmas presents, which was such a lovely surprise. When I had a little bit of money I put together a box of stuff for them to give out. They help us, so we’ll help them when possible.