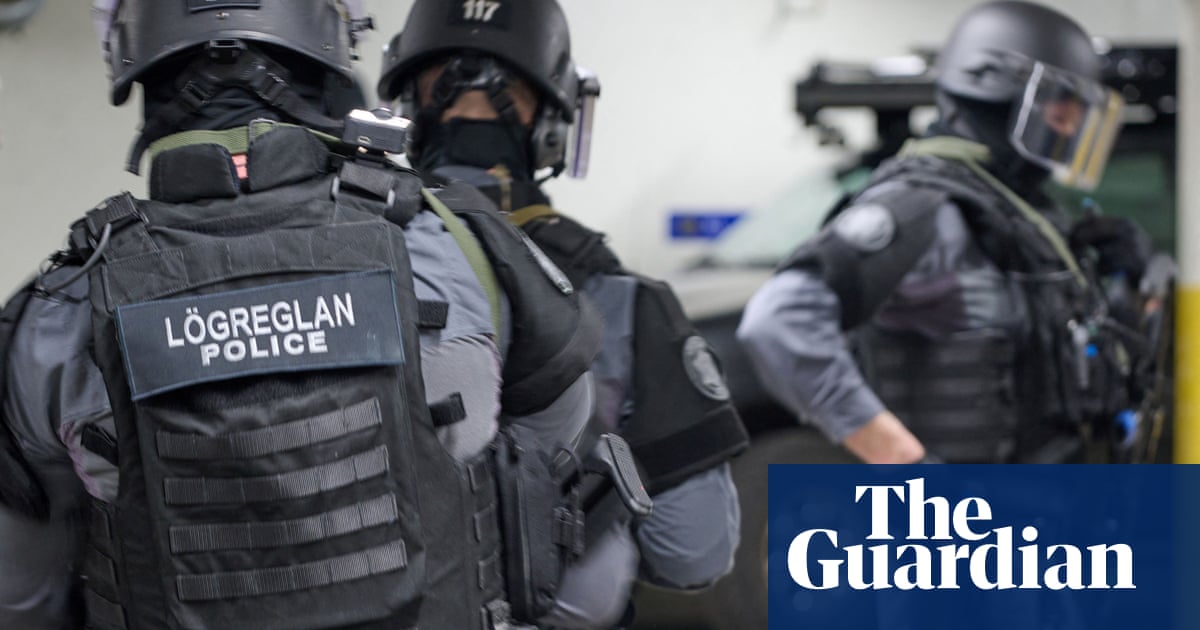 An unprecedented investigation into an alleged terrorist plot in Iceland has led to the arrest of four men suspected of targeting “various institutions of society” and “citizens of the state”.

Several semi-automatic weapons, including 3D-printed ones, were seized at nine locations, as well as “thousands” of rounds of ammunition, by a large police operation involving 50 officers.

Karl Steinar Valsson, the national commissioner of the Icelandic police, declined to expand further on the nature of the targets but suggested they may have included the parliament and police.

Local media reported that officers were exploring potential links to Nordic far-right groups and that the police were the central target.

Valsson said: “It is safe to say that our society is safer than it was.”

He added: “We are just starting some work and are seizing a large amount of phones and computers and other such things. All that work is in the very early stages.

“We took certain measures while we were getting the situation under control. Of course, we don’t want to reveal what the exact response of the police is.

“At its peak, there were about 50 police personnel who took part in the police operation. With them, we think we’ve covered what we’re investigating and don’t think there’s any danger in travelling.”

Valsson said they were looking into whether there were links between the men and extremist organisations, and that they were in contact with foreign authorities.

“As far as we know, this is the first time that an investigation of this type has been launched [in Iceland],” he said at a press conference. “The origin of the police operations yesterday … was in the context of an investigation into the preparation of a terrorist attack.”

Valsson added that the investigation was continuing but further arrests could not be ruled out.

The four Icelanders in their 20s had been arrested in Kópavogur, a suburb of the capital, Reykjavík, and in the south-western town of Mosfellsbær in an operation led by special forces.

Two men arrested had been remanded in custody on Thursday.

Ch Insp Grímur Grímsson at the Metropolitan police in Reykjavík made an appeal to the public to report any sightings of weapons.

The small country of 375,000 people has topped the Global Peace Index since it was included in the ranking in 2008 and is considered one of the most peaceful places in the world.

Violence is rare in Iceland, evidenced by one of the world’s lowest crime rates, although a rise in violent crime in recent years has worried the authorities.

One group that has been on the police radar in Iceland in recent years is the neo-Nazi organisation known as Norðurvígi, or the Nordic Resistance Movement.

The organisation has gained a foothold in Iceland and has an active website and has distributed pamphlets on the University of Iceland’s campus, among other sites.

The latest report of the Office of the Commissioner of the National Police on the threat of terrorism in Iceland, published last year, cited the pan-Nordic group as a threat.

“It is clear that the Nordic Resistance Movement falls under the groups of right-wing extremists that Norwegians and Swedes consider to be a cause for concern,” the report said.