Skip to content
HomeNews‘I can’t control it’: Frank Lampard not worried about his Everton future 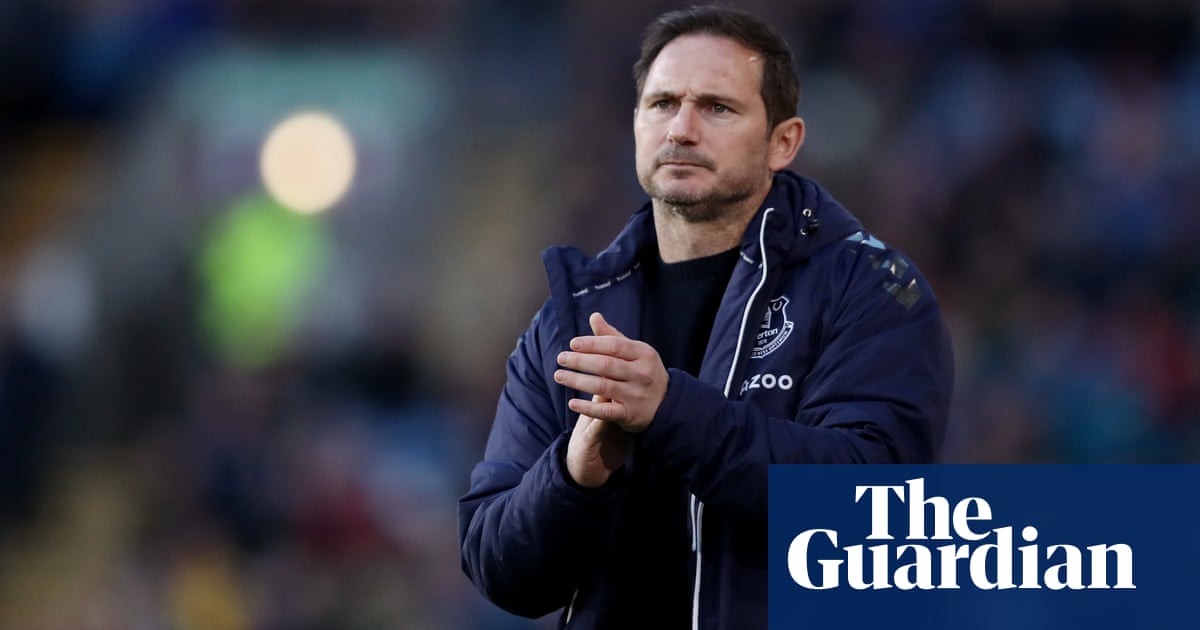 Frank Lampard insists he is not worried about his future as Everton manager but accepts the pressure will intensify with the club embroiled in a fight for Premier League survival.

Lampard has been unable to arrest Everton’s slide towards the relegation zone since replacing Rafael Benítez and speculation over his position has started after merely 12 games in charge. The Everton manager has lost eight and won four of his matches so far and, despite the destabilising hire-and-fire culture created by the club’s owner, Farhad Moshiri, claims his only concern is delivering victory against Manchester United on Saturday.

“I can’t control it so I can’t worry about it,” said Lampard of the sacking rumours that followed Wednesday’s damaging defeat at Burnley. “I have tried to answer it honestly. I am not stupid, you take up a job as a manager in the Premier League, and maybe in the situation I came into here or at Chelsea where I go into it with a [transfer] ban, and half a team of kids who were playing in the Championship the year before, yet the expectation was we finish in the top four.

Everton have nine matches to avoid a first relegation since 1951 but face a daunting schedule with United, Leicester, Liverpool, Chelsea and Leicester to play again in the next five games. Lampard, who has spoken with Moshiri and chairman Bill Kenwright this week, added: “In my relatively short managerial career I probably spent 18 months at Chelsea with the same, for 18 months you are probably two games from the sack. Maybe that is a symptom of football and the Premier League. That’s pressure. No problem, you sign up for that. I have no problem with that. Even if you get to an FA Cup final and make top four you still know the rules.

“I have no problem with that in terms of speculation. We are a huge club and people want to talk about it. In football terms I don’t think people should talk about us any different to the teams we are in the battle with. We have no right to not be fighting a battle against relegation, irrespective of the history. But what I am is proud to manage here and proud to keep the history of the club going in a positive way.”