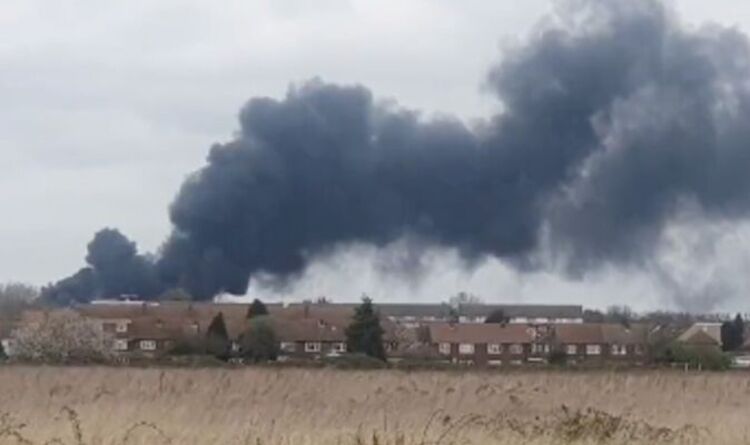 London Fire Brigade reports that eight fire engines and about 60 firefighters have been called to the fire in Tachbrook Road in Southall, west London. Twitter user @UKtodayUK posted video online showing plumes of black smoke, commenting: “Something is seriously on fire near Heathrow Airport it’s certainly on the flight path of the airport.”

Eyewitness and fellow Twitter user @CarolionD said: “Concerning to see this out my window! Hope everyone is okay, I can only assume some kind of fire.”

A third Twitter user @simonmacmichael said: “Loads of smoke over towards Southall and sound of sirens in all directions (even though we are few miles away).”

Another @UB1UB2 tweeted: “There is a massive fire in Southall right now visible from Hayes, Hounslow, and even Heathrow.”

A Heathrow spokeswoman said: “We are aware of smoke visible in the area surrounding Heathrow. There is no fire within the airport campus and flights are still able to safely arrive and depart.”