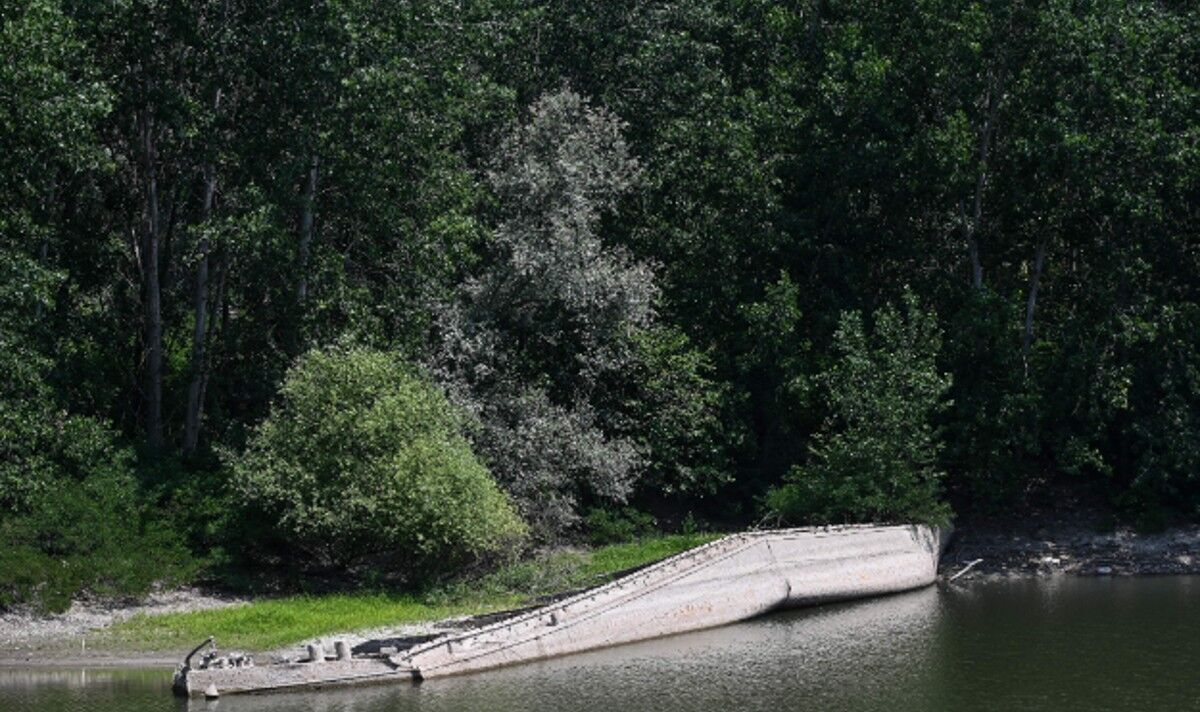 While Italy’s worst drought in 70 years continues to wreak havoc in the country, it has also made the Zibello, a 160-foot (48.8 metre) barge almost completely visible. The ship, which transported wood during the war and sank in 1943, is usually hidden beneath the waters of the Po, a 405 mile-long river which stretches from the Cottian Alps to the Adriatic Sea.

But for a number of years now, onlookers were able to catch a glimpse of the top of the barge peering out of the Po.

Now, the intense drought has made the River Po’s water levels become so low that the wrecked Zibello is almost on full display.

Alessio Bonin, an amateur photographer, was left completely stunned he spotted the huge ship poking out of the low Po waters when visiting a nature reserve in Gualtieri, a town on the banks of the Po in Emilia-Romagna.

He told The Guardian: “In recent years, you could see the bow of the boat, so we knew it was there.

“But to see the vessel so exposed in March, when it was essentially still winter, was very dramatic.

“I’ve never seen such a drought at this time of year – our main worry used to be our river flooding, now we worry about it disappearing.”

Amateur cyclist Raffaele Vezzali, who also spotted the barge, said that “it’s the first time that we can see this barge”.

Northern Italy has reportedly gone without rain for over 110 days.

Snowfall has also plummeted by 70 percent this year.

Meuccio Berselli, Secretary-General of the Po River Basin Authority, said: “We are in a situation where the river flow is approximately 300 cubic meters (80,000 gallons) per second here in (the riverside village of) Boretto, while normally in this area we have almost 1800 (cubic meters, 476,000 gallons).”

Mr Cirio also said that water supplies were being cut off completely at night in 10 towns due to the drought.

He said: “At the moment the situation regarding civilian use of drinking water is under control but we have a very serious state of emergency for agriculture.

“Piedmont is in a water crisis that is worse than the 2003 one and it had the second hottest May since 2009.

“The volume of the Po is 72 percent lower than it should be.

“The problem regards the source of the water because there is no snow in the mountains (to melt and feed the river).

“We don’t have the same emergency where supplies come from water tables”.