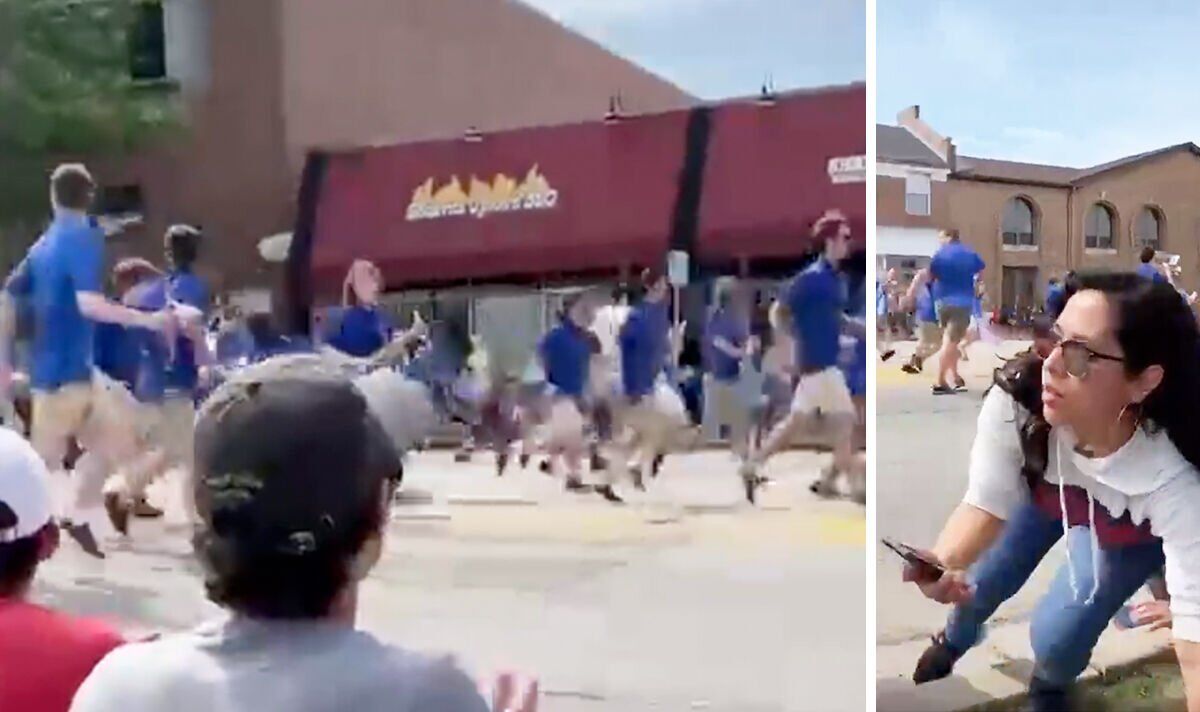 Footage from the scene shows parade participants and onlookers running away as someone shouts ‘Gunshots! Gunshots!’  Early reports state as many as nine could be injured.

Police on site told people: “Everybody disburse, please. It is not safe to be here.”

According to witnesses, multiple shots were fired with one saying he heard more than 20 shots.

One Highland Park resident, Miles Zaremski, told the Sun-Times: “I heard 20 to 25 shots, which were in rapid succession.

“So it couldn’t have been just a handgun or a shotgun.”

Images from the scene show people abandoned chairs, blankets and push chairs as they ran to seek cover.

The shots were reportedly fired around 10 minutes into the parade which kicked off at 10am on Monday.

Highland Park is known as a wealthy suburban neighbourhood.

Brad Schneider, the US representative for Illinois’s 10th congressional district, sent his heartfelt condolences to families and their loved ones.

He wrote on Twitter: “Today a shooter struck in Highland Park during the Independence Day parade.

“My campaign team and I were gathering at the start of the parade when the shooting started.

“My team and I are safe and secure. We are monitoring the situation closely and in touch with the Mayor.

“Hearing of loss of life and others injured.

“My condolences to the family and loved ones; my prayers for the injured and for my community; and my commitment to do everything I can to make our children, our towns, our nation safer. Enough is enough!”