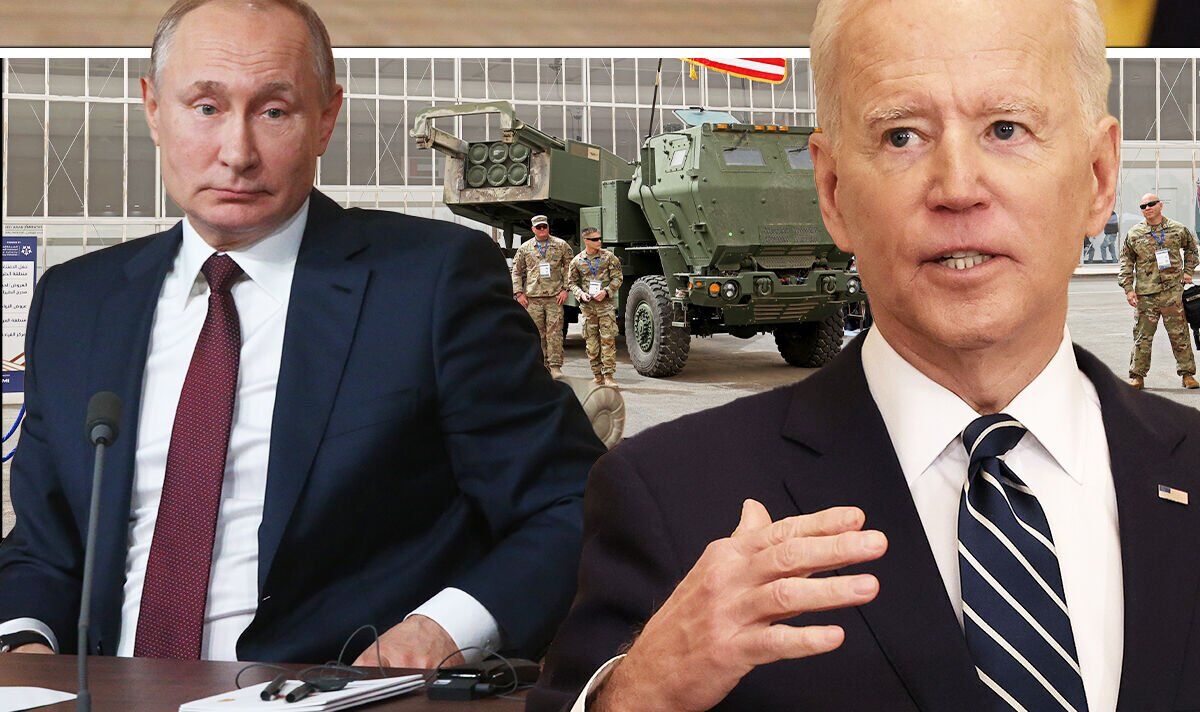 The High Mobility Artillery Rocket System (HIMARS) has been credited with stopping Russia in its tracks, with retired US Army General Mark Hertling last month describing the missile system as a “game changer”. The mobile platform can either be loaded with six guided rockets with a range of around 40 miles, or a single Army Tactical Missile System (ATACMS), which has a range of almost 200 miles.

Built by Lockheed Martin, the mobile platform can either be equipped with six guided rockets which have a range of roughly 40 miles, or one Army Tactical Missile System (ATACMS), which has a range of about 185 miles.

Ukraine has used the system to destroy key Russian targets, such as command systems and ammunition depots.

Speaking last week, the General Staff of the Armed Forces of Ukraine said troops had used HIMARS to take out more than 10 Russian control points.

In addition to the military aid, the US is sending £3.7billion ($4.5billion) in budgetary support which will fund urgent government needs including payments for pensions, social welfare and healthcare costs, bringing total US fiscal aid for Ukraine to £7billion ($8.5billion) since Russia’s February invasion, the US Agency for International Development said.

The funding, coordinated with the US Treasury Department through the World Bank, will go to the Ukraine government in tranches, beginning with a £2.5billion ($3billion) disbursement in August, USAID said.

It follows previous transfers of £1.4billion ($1.7billion) in July and £1.1billion ($1.3 billion) in June, USAID said. Washington has also provided billions of dollars in military and security support.

The fiscal and military aid packages are drawn from a £33billion ($40 billion) aid package for Ukraine approved by Congress in May.

Overall, the United States has contributed more than £15billion ($18billion) to Ukraine this year.

US Treasury Secretary Janet Yellen said: “This economic assistance is critical in supporting the Ukrainian people as they defend their democracy against Russia’s unprovoked war of aggression.”

Secretary of State Antony Blinken added: “The United States stands with allies and partners from more than 50 countries in providing vital security assistance to support Ukraine’s defence of its sovereignty and territorial integrity against Russia’s aggression.

“We will continue to consult closely with Ukraine and surge additional available systems and capabilities, carefully calibrated to make a difference on the battlefield and strengthen Ukraine’s eventual position at the negotiating table.”