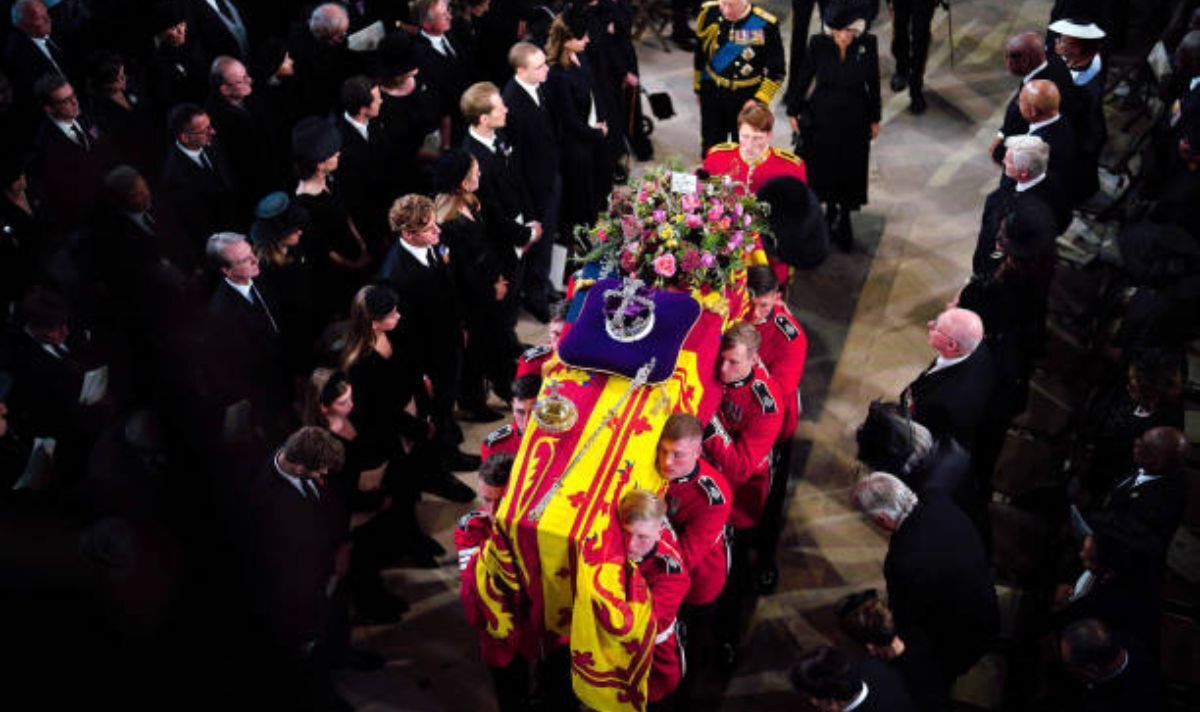 Royal fans have paid tribute after the Queen’s ledger stone was unveiled in St George’s Chapel. Her Majesty was interred in the Royal Vault after her state funeral last Monday, which was followed by a committal service in Windsor.

The Royal Family’s Twitter page shared a photograph of the ledger stone, bearing the names of the Queen and her late husband the Duke of Edinburgh, as well as her parents King George VI and the Queen Mother Queen Elizabeth.

Underneath each name it shows the years of their births and deaths.

The tweet reads: “A ledger stone has been installed at the King George VI Memorial Chapel, following the interment of Her Majesty Queen Elizabeth.

User @MotoriNoLimits wrote: “Still seems hard to believe… this stone is so heavy on everybody’s heart.”

She wrote “Bertie, Elizabeth, Lilibet, Margaret and Philip, five together” followed by a crying face emoji.

While Princess Margaret’s name does not appear on the plaque, her remains are also in the vault.

Unlike most royals she was cremated and her ashes are buried alongside her family.