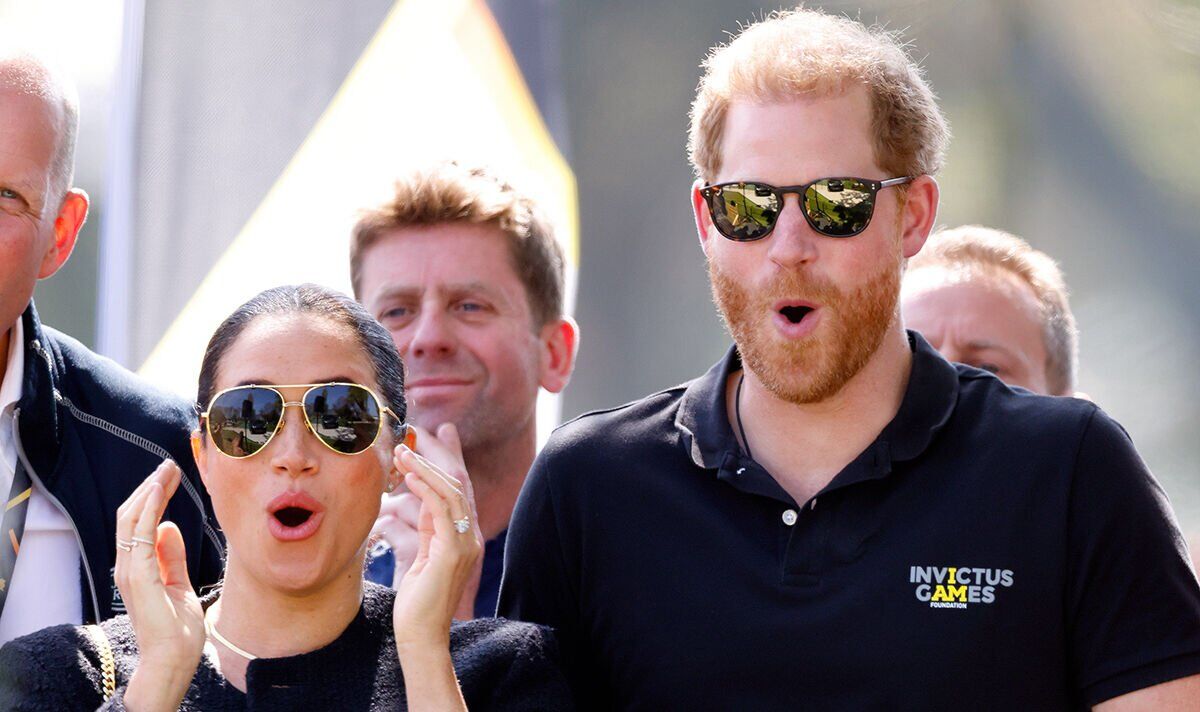 The Duke and Duchess of Sussex desperately “need” the Platinum Jubilee to bolster their celebrity credentials, according to two leading royal experts. Speaking to True Royalty TV’s The Royal Beat, royal author Hugo Vickers said Prince Harry and Meghan Markle’s decision to attend the Platinum Jubilee next month is “entirely down to branding”. Russell Myers, Royal Editor of the Daily Mirror, echoed this and suggested that the couple desperately “needed to stay relevant”.

Mr Myers noted that Harry and Meghan were crushed to be left out of the Trooping the Colour balcony appearance because they “still need to be seen as royal”.

Mr Vickers, who recently co-wrote A Royal Life – the Duke of Kent’s upcoming autobiography, said that Harry and Meghan’s time away from the Royal Family has seen their “marketable” brand fade.

When asked why the couple were visiting the UK next month, Mr Vickers explained: “I think it’s entirely to do with branding.

“Because the further away that Harry gets from the Royal Family, he turns into a guy in blue jeans, with a ginger beard, coming off a plane with a backpack on.

“Which isn’t very marketable in my point of view.”

JUST IN: James Corden told to ‘stay in the USA’ after backing Harry and Meghan

Mr Myers said that the couple “are not having a great time at the moment” as pressure mounts on the couple to deliver.

He said: “I think The Sussexes would have wanted to be on the balcony, of course.

“There is an argument to say that they still need to be seen as royal.

“This is one of the biggest events of the generation and they need to stay relevant.

Harry and Meghan confirmed earlier this month that they would be bringing three-year-old Archie and 11-month-old Lilibet with them for the Jubilee celebrations.

However, the Duke and Duchess of Sussex, who are no longer working royals, will not be allowed to join the Queen on Buckingham Palace’s balcony for Trooping the Colour.

This comes amid reports that William fears Harry will use conversations they have during the Platinum Jubilee weekend as material for his Netflix shows.

Sources have hinted that the Duke of Cambridge is “wary” about his brother’s decision to join the weekend celebrations.

A source told The Sun: “‘William wants to talk to Harry to try to heal the rift between them but he’s fearful it will find its way onto Netflix, Oprah or into Harry’s upcoming book.”