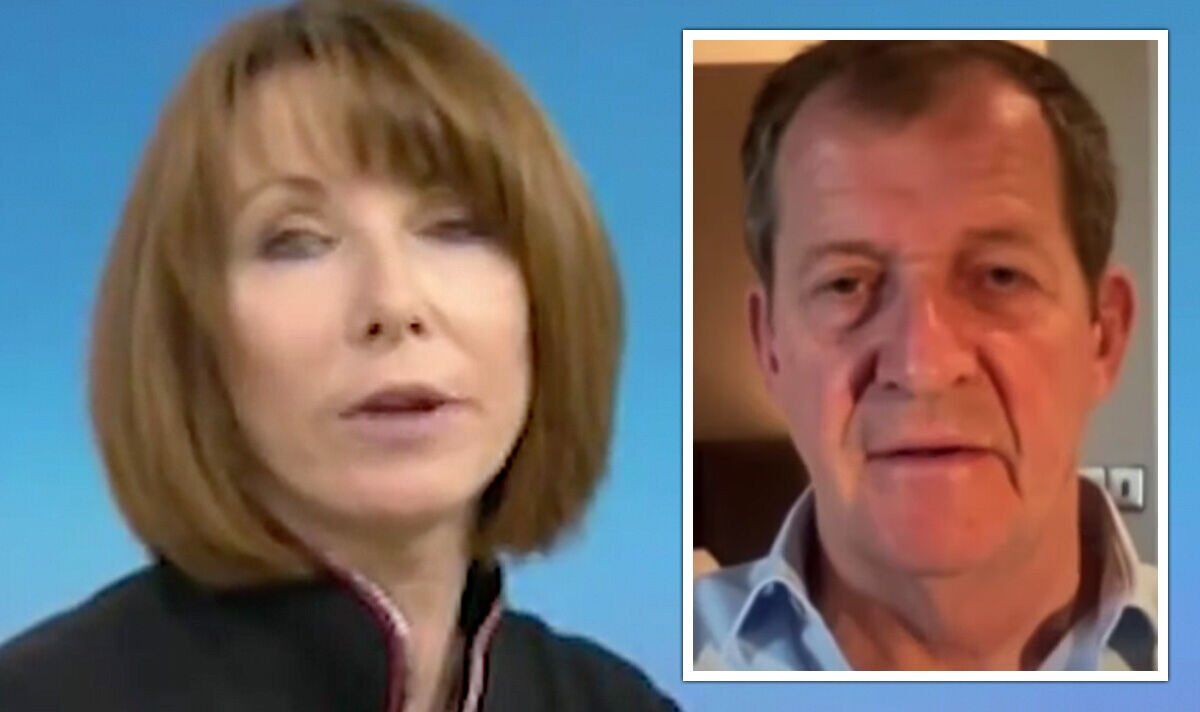 The Sky News presenter was questioning Alastair Campbell on his assessment of Labour‘s win in the Red Wall seat of Wakefield in Thursday’s by-election. The Opposition Party secured the seat it had first lost to Boris Johnson in December 2019 with a 12 percent swing. The debate however developped into a swift shutdown after Kay Burley fact-checked Mr Campbell over his recollection of Labour’s by-election performance under Tony Blair.

However, Ms Burley pointed out: “Labour suffered a 16 percent swing in Hartlepool just 13 months ago.

“Back in 2003, under Tony Blair, in Brent Eat a 45 percent majority was overturned. There really aren’t any bellwether, are there?”

Mr Campbell said: “I simply said you said it’s not normal for governments to win by-elections, and I’m pointing out that’s simply not the case.

“For the first time that we’ve been in opposition, we have a leader that people in places like Wakefield can look to and think ‘that’s the kind of person I want to lead this country, that I can trust him as prime minister, I can trust him running the economy’. As I say, I think Wakefield puts us firmly on the path to winning the next general election.”

Mr Johnson has been facing intense pressure over his response to the Covid pandemic as well as his conduct during the lockdown, which resulted in a Met Police investigation.

The Prime Minister refused to resign after he was fined for breaking lockdown rules at his Downing Street office, and rejected the idea that he would quit if his governing party lost the so-called by-elections.

Reacting to the results, Mr Johnson told reporters: “It’s absolutely true we’ve had some tough by-election results… I think as a Government I’ve got to listen to what people are saying.

“We’ve got to recognise there is more we’ve got to do… we will keep going addressing the concerns of people until we get through this patch.”