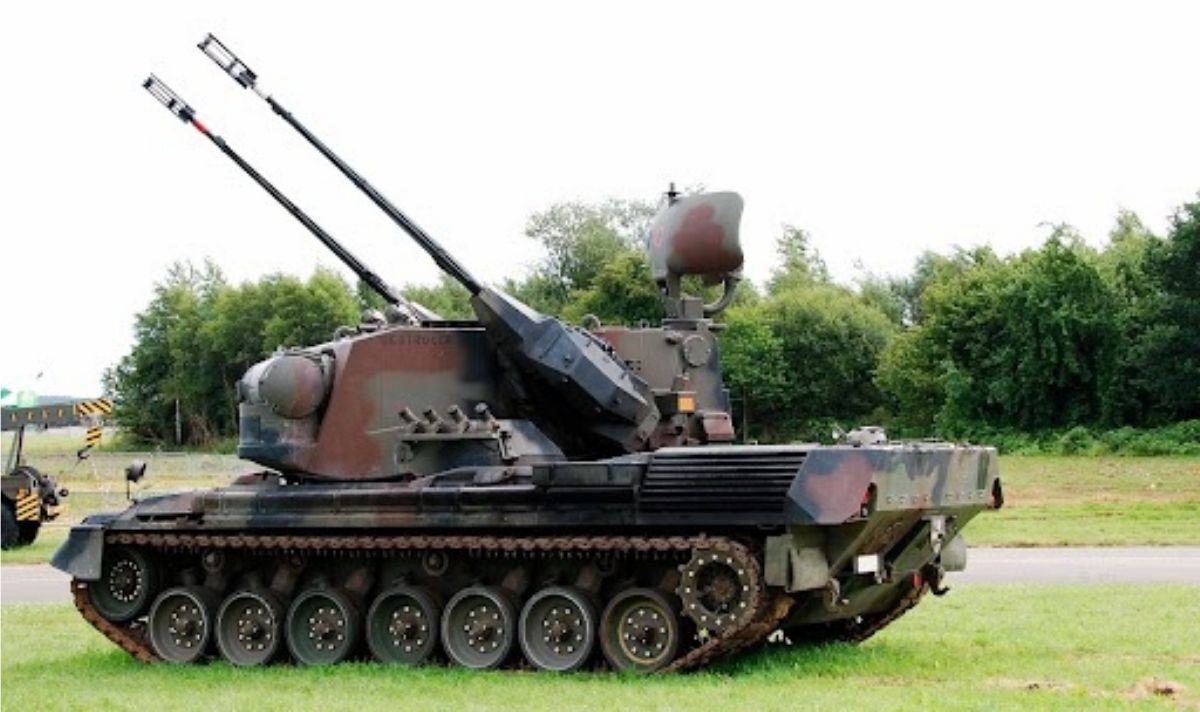 Germany’s Defence Minister Christine Lambrecht intends to announce this at the meeting of representatives from 40 countries at the American Ramstein airbase on Tuesday.

Representatives from the 40 countries will be there to discuss the security and sovereignty of Ukraine.

Germany has come under some fire for its hesitation over delivering heavy weapons to Ukraine, but seems to have had a turnaround and now pledges to deliver Gepard tanks from Bundeswehr stocks.

These tanks are based on the chassis of the Leopard 1 and are equipped with two 35mm cannons and radar and can engage ground targets in addition to air targets.

The arms manufacturer Krauss-Maffei Wegmann (KMW) has been given permission to sell the technically refurbished anti-aircraft tanks.

It comes after Russia accused NATO of being engaged in a “proxy” war with the country after supplying weapons to Ukraine.

In an interview broadcast on Russian television on Monday, he said: “NATO, in essence, is engaged in a war with Russia through a proxy and is arming that proxy. War means war.”

Speaking about Western shipments of weapons to Kyiv, Mr Lavrov added: “These weapons will be a legitimate target for Russia’s military acting within the context of the special operation.

Chancellor Olaf Scholz faced heavy criticism earlier in the war, for the failure of his country to deliver heavy weapons to Ukraine to help it fend off attacks from the aggressor.

Mr Scholz said the country’s own stocks were too depleted to send weapons such as tanks and howitzers to the battlefield.

Unlike its Western allies, Germany didn’t supply weapons to Ukraine before the invasion and even blocked some nations from sending German-origin weapons, given its policy of not exporting arms to war zones.

But in a historic overhaul of the county’s long-standing policy, Ukraine is now expected to receive further military aid from the NATO member country.