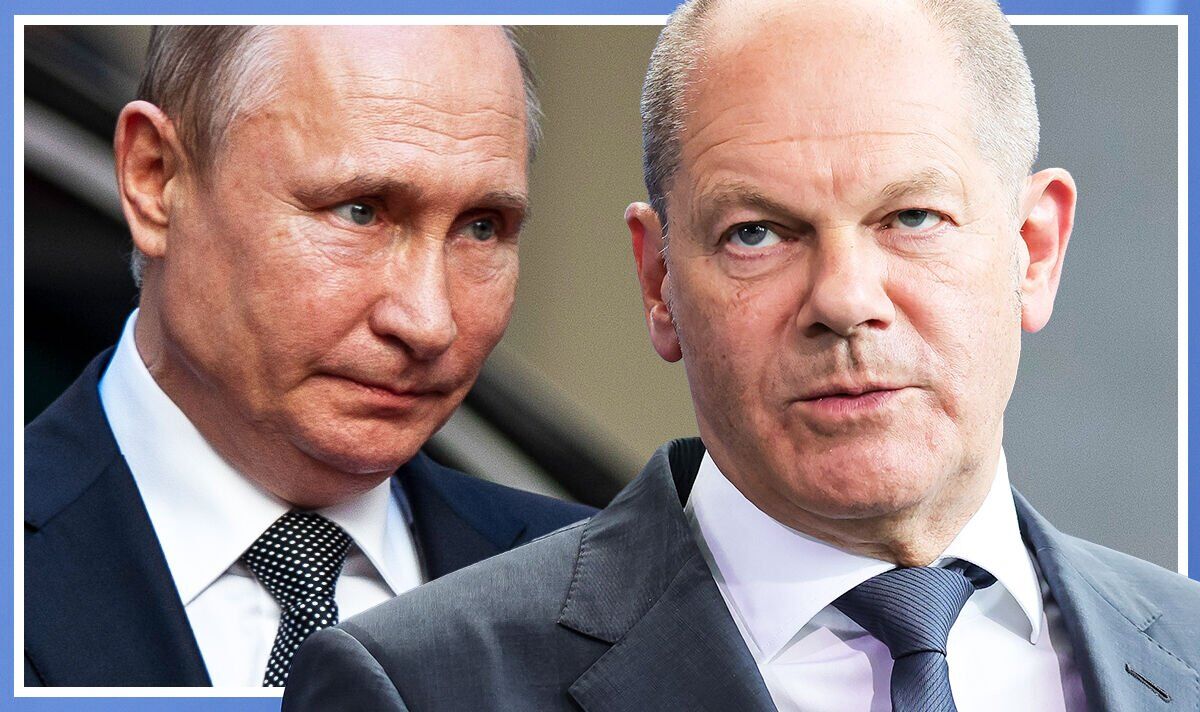 The Chancellor acknowledged Germany is now waking up to the “value of democracy and liberty, and the fact that they are worth defending”. The warning comes with Germany under huge pressure to scrap sanctions aimed at crippling Russia‘s economy as the European Union struggles to stop the continent’s economic situation from spiralling out of control. Germany could face a horrific winter amid surging fears Vladimir Putin will cut off gas supplies from Russia following the completed annual maintenance work to the Nord Stream 1 pipeline.

Worse still, this could send inflation surging throughout the bloc, with experts warning the Eurozone could crash into recession.

Since the start of last month, gas flow from the pipeline between Russia and Germany has already been 60 percent lower than the standard flow over the last five years.

The German Government is now planning for a sustained outage that could force parts of the country – home to the EU’s biggest economy – to shut down as the bitterly cold winter months approach.

Heating bills could even triple, with fears right-wing populists could stir up riots that would make the ill-feeling over the country’s Covid restrictions look like a “child’s birthday party”.

Mr Scholz – who was criticised over his slow response to punishing Russia at the start of the conflict with Ukraine – is standing firm and has vowed to maintain the sanctions for as long as needed.

But he warned in a guest article for the Frankfurter Allgemeine Zeitung: “Putin wants to split our continent up into zones of influence, into great powers and vassal states.

“We know what catastrophes that has brought upon us Europeans in the past.

“The autocrats of the world are watching very closely to see if [Putin] succeeds. “Is the 21st century governed by the justice of the stronger or the strength of justice?”

But the offer was brutally savaged by Kyiv mayor and former world champion boxer Vitali Klitschko, who dismissed it as “a joke” that left him “speechless”.

However, since the start of the war, Germany has provided Ukraine with around the same amount of munitions Britain has sent, including seven pieces of long-range artillery.

Despite this, opposition leaders have continued to claim Mr Scholz has been too slow and unambitious in delivering on his promises.