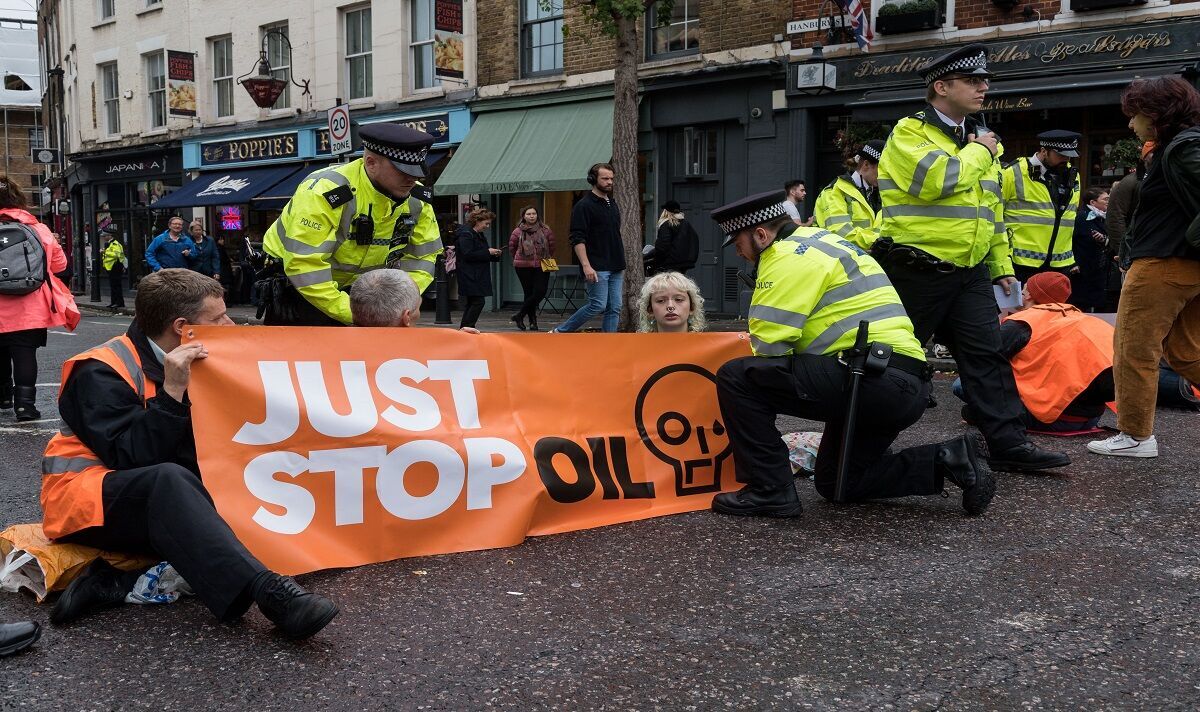 A woman shouted at Just Stop Oil activists that they were stopping her “sick child” from passing as the protesters blocked two roads in east London on Sunday. It came after Metropolitan Police Assistant Commissioner Matt Twist urged people in a statement on Friday not to take the law into their own hands and “directly intervene” to move protesters.

Officers arrived on the scene on Sunday and started making arrests and moving protesters.

Activist Ben Humphrey, a nurse who works in Nottingham, said: “I’m here because I’m terrified of the future.”

The 56-year-old said he was blocking the road “because the Government is about to grant over 100 new licenses to oil and gas companies, and that’s a suicidal threat, and they’re going against the international energy associations and the UN, the world scientific community, which are all saying we’ve got plenty of oil and gas and what we need to do is use that carefully and not grant new licenses.

“The world is on the cusp of irreversible climate breakdown which means we’re going to start to hit tipping point.”

As part of a month-long campaign of direct action, Just Stop Oil has blocked roads in various locations, sparking angry responses from some members of the public.

The Metropolitan Police, who have been approached for comment, earlier tweeted: “Several Just Stop Oil protesters have blocked Commercial Road.

“Officers are on scene and are working to remove them as quickly as possible. Arrests are taking place.”