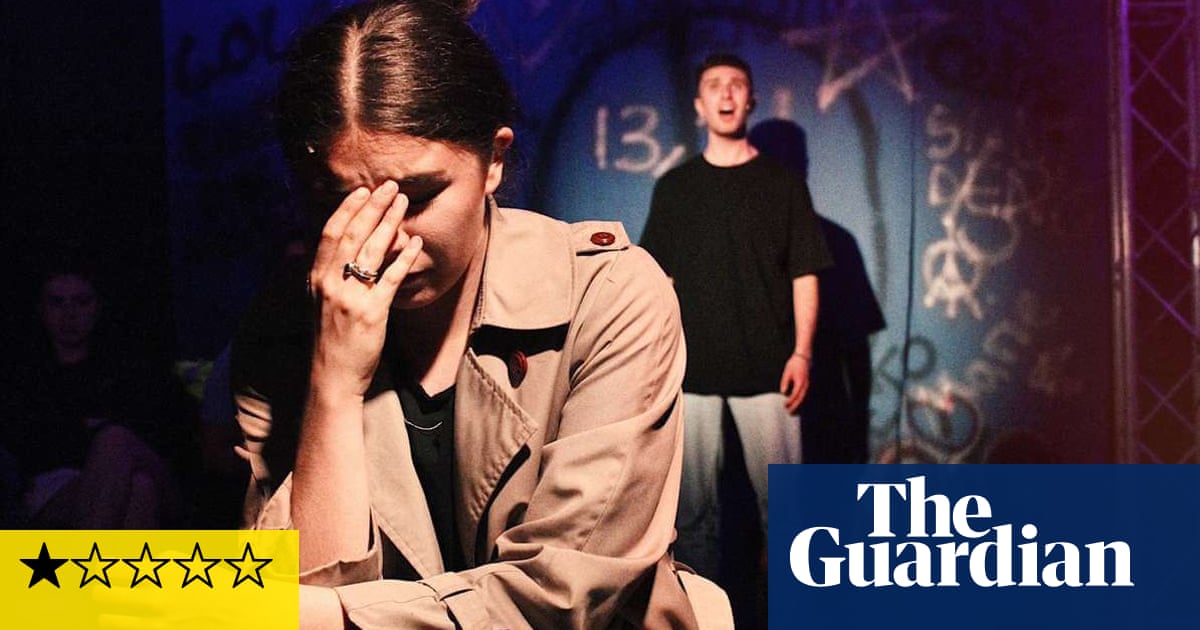 ‘You know, I’ve never understood the superstition about Friday the 13th,” says budding writer Nic (Michael Karl-Lewis). If only he knew he was in For You I’d Wait, a soft-rock musical about the terrorist attack at the Bataclan theatre on 13 November 2015, he might have bitten his tongue. Or the writers Sophie Golby and Tom West could have bitten it for him.

Fresh off the plane (no one in the show has heard of Eurostar), Nic lodges with his sister Dani (Gemma Pearce) and her girlfriend Renee (Billie Kerr). His new home is praised in tourist-board lyrics (“Paris, the city of passion / Wander beneath the Eiffel Tower”) while he waits for his sweetheart Lily (Olivia Walker-Toward) to join him from the UK. “I’m standing on the edge of the world,” she sings. “I’m looking in the eye of the storm.” Is it really that far to Paris from Potters Bar?

There is one more couple to meet – pasta enthusiast Christophe (Jerome Lincoln) and his fiancee Eloise (Charlotte Hannan), an Oscar Wilde nut (“He’s my favourite!”) surprised to learn that her idol is buried at Père Lachaise – before these lives converge in the 11th arrondissement. “What happened that night will always haunt me,” sings Nic. Well, quite.

It isn’t necessarily a poor idea to make a musical about a harrowing subject (think of London Road) but it would be encouraging to feel the writers’ research had gone beyond watching the Netflix documentary that provided their initial inspiration. If you’re going to have a cast speaking English in their own accents, and you’re intent on making a show about a terrorist atrocity featuring nothing Parisian aside from references to the odd landmark, it seems perverse not to stick closer to home. Wouldn’t 7/7 have sufficed?

Hard to say whether rewrites might improve a show prone to repetition (two consecutive numbers involve people leafing through the same photo album) and cliche (“I’m looking for a way to survive / In this crazy messed-up life”) while offering little variety in idiom (several songs reference turning back time or throwing a lifeline). But they couldn’t hurt.