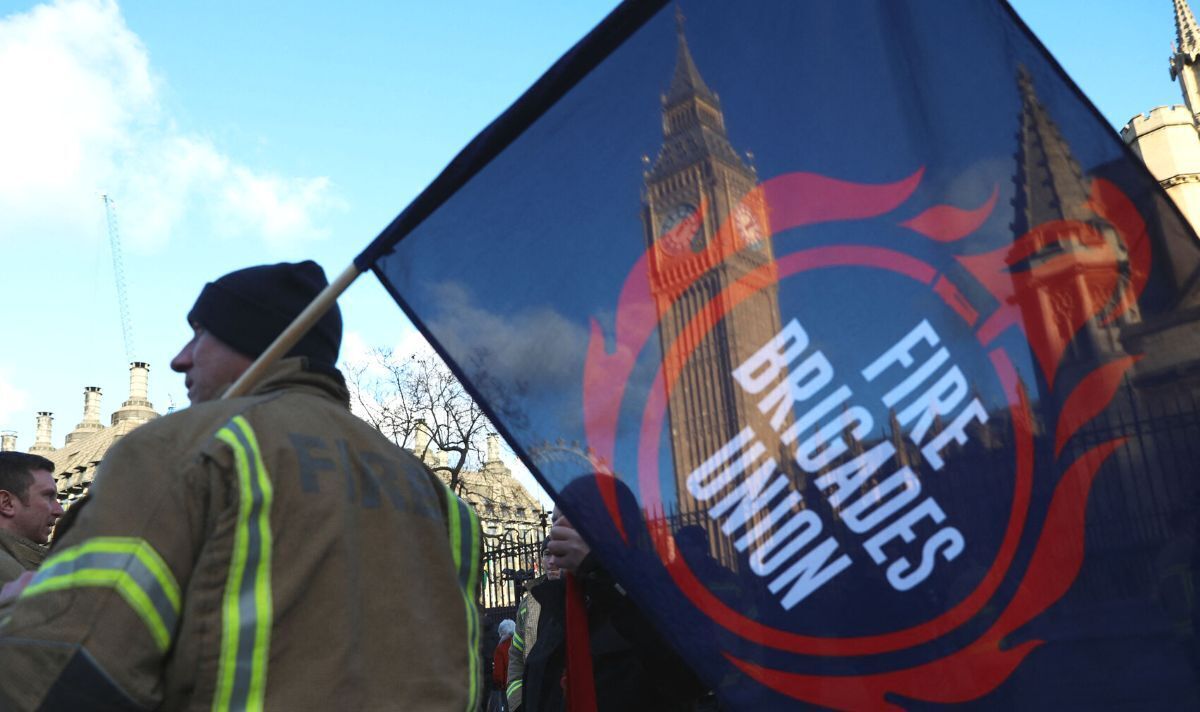 Firefighters could join the swarm of workers turning to strike action in the coming months after the emergency service workers were left disappointed by a proposed five percent pay rise. The Fire Brigades Union (FBU) opened a ballot on industrial action on Monday, welcoming firefights and control staff to cast their vote on the plans to strike. If successful, the pay-related walkout will mark the first time firefighters have been pushed to strike over wages since 2003.

The FBU has shamed the “derisory” five percent pay offer that was rejected by 79 percent of members in a recent ballot.

The union has highlighted that the current annual inflation rate stands at 11.1 percent, meaning the proposed pay rise would equate to a real-terms pay cut for staff.

General secretary Matt Wrack reported: “Strike action will always be a last resort, but we are running out of options.

“Many firefighters and control staff are desperate. Some are struggling to afford for they and their families to live.”

He added: “It is a dreadful and very serious state of affairs.”

The FBU encouraged members and supporters of the group to attend a rally on Tuesday as the union lobbied Parliament for improved pay.

Thousands of firefighters and control staff from across the UK gathered in Westminster and the movement was praised by fellow unions.

Read more: Ambulance dispute must be sorted to save the most vulnerable

Speaking from the rally, one attendee told GB News: “Don’t be under any illusion, we’re not into striking at all, but we’ve got no other option.”

Another firefighter added: “We never want to go on strike – that’s our worst nightmare. That’s our community and we want to serve them. It’s a last resort and that’s what we’ve been brought to.”

If national strike action is approved, it would be the first UK-wide strike since similar measures were taken over pension action between 2013 and 2015, although these walkouts did not include control staff.

The FBU has not taken national industrial action on pay since 2003, when the armed forces stepped in to provide emergency cover for the fire service.

The strikes concluded after the FBU accepted the offer of a 16 percent pay rise over three years.