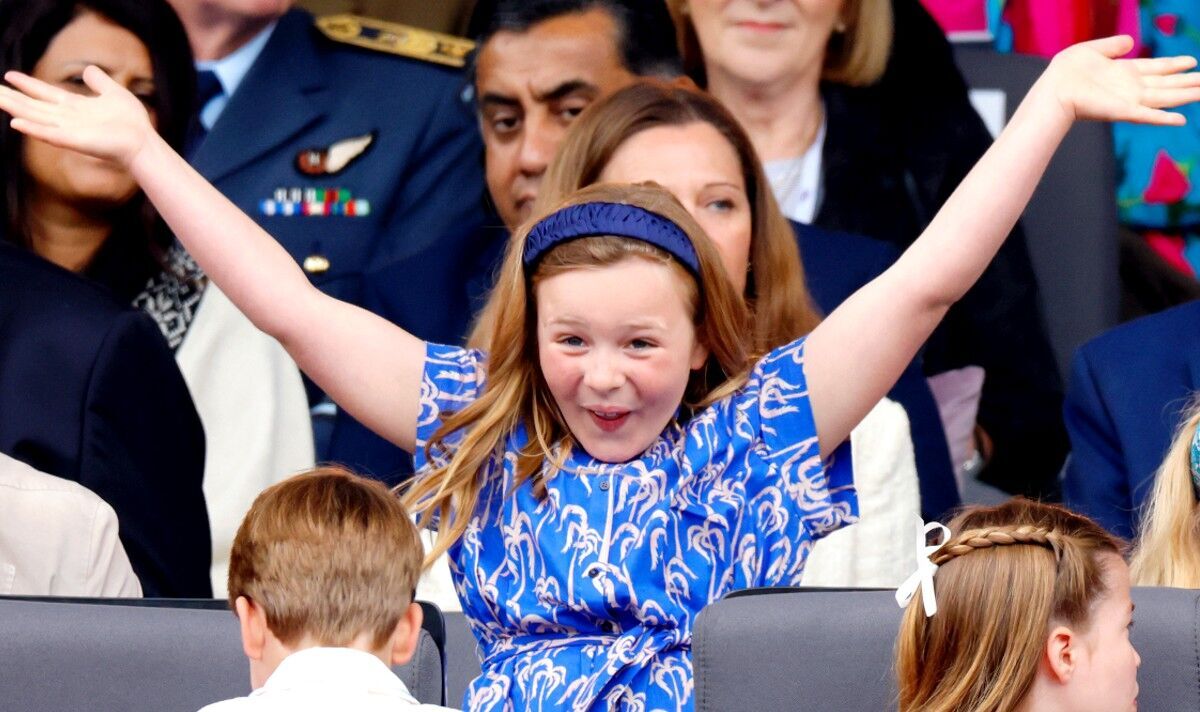 In a video posted to Twitter, Mia, eight, was seen dancing along to one of ABBA’s most well-known tracks, Dancing Queen. The youngster was joined by her cousin, Savannah Phillips, 11. Royal watchers reacted to the video on social media, with many saying how much they loved seeing the two girls having fun.

Rosemarie Ragbir (@RagbirRosemarie) wrote: “I absolutely love seeing the girls having a ball with ABBA.”

She added: “I wish Prince Louis had joined in.

“He would have taken it to the next level.”

Another @cm12_cathy agreed, writing: “I love seeing the young cousins.”

Speaking on his podcast, the Good the Bad and the Rugby, Mr Tindall said: “Louis was just wanting to have fun.

“My two are always mischievous.

“There were a lot of sweets out back though.

“So they had complete sugar highs.

“It is tough for them. They are all young.

“It was from two till five or whatever.