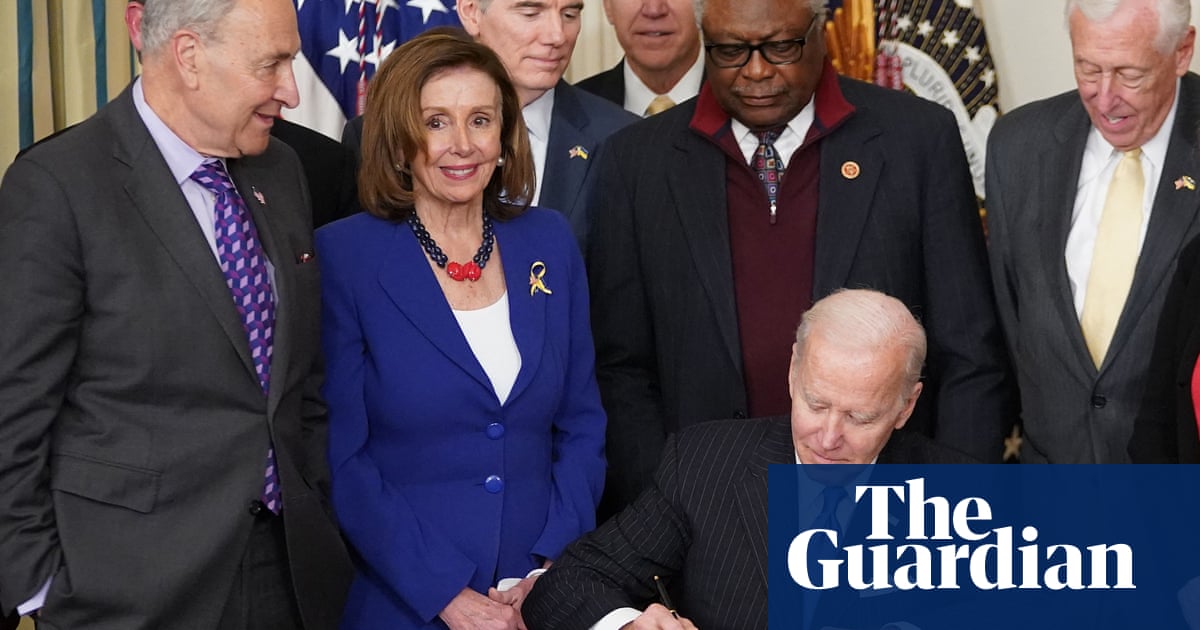 A rash of coronavirus infections among elites in Washington that came close to Joe Biden shows a new reality facing Americans including the president, his chief medical adviser said: that life will involve daily decisions about individual risk from Covid.

“It’s going to be a person’s decision about the individual risk they’re going to take,” Dr Anthony Fauci told ABC’s This Week, adding that protocols protecting the president were “pretty strong”.

Fauci and his host, Jonathan Karl, both attended last weekend’s Gridiron Dinner, a staple of the Washington social scene at which politicians, appointees and those who cover them gather for satirical speeches and roasts.

Senior lawmakers who attended events with Biden were among Gridiron attendees subsequently found to be infected, prompting questions to Jen Psaki, the White House press secretary, about how well the 79-year-old president was protected.

“It’s important for [Biden] to be able to continue his presidential duties now, and even if he tests positive in the future,” Psaki, who herself has tested positive twice, told reporters on Friday. “This is a time where we are certainly living with the virus but we have a range of tools at our disposal to do that.”

On Sunday, Karl said the Gridiron Dinner “had about 600 or so attendees. So far I believe we’re at 67 people that have tested positive who were at the dinner. I’m told at least so far no indication of anybody seriously ill. But, you know, about 10% of those [who attended were] infected. What is the lesson here?”

Fauci said: “It’s going to be a person’s decision about the individual risk they’re going to take.

“I think the people who run functions, who run big dinners … like the White House Correspondents’ [Dinner] or, thinking back, the Gridiron Dinner, are going to have to make a determination looking at the CDC guidelines and seeing where the trends are.

“I mean, there are some places you go, not only is it required that you show proof of vaccination, but you have to have a negative test the day you go to a particular place.”

Later on Sunday it was revealed that the mayor of New York City, Eric Adams, had tested positive after attending the Gridiron Dinner.

“The protocols to protect the president are pretty strong,” he said. “The president is vaccinated. He is doubly boosted. He got his fourth shot of an mRNA [vaccine].

“When people like myself and my colleagues are in the room with him closely for a considerable period of time – half-an-hour, 20 minutes, 40 minutes, all of us need to be tested.

“Yes, he is mingling there, but we feel that the protocols around the president are sufficient to protect him. And as Jen said, the fact is he could get infected. We hope he doesn’t. We’d do everything we can do protect him.

“But remember, he’s fully vaccinated. He’s doubly boosted and most of the time, people who get anywhere near him need to be tested. So we feel the protocol is a reasonable protocol.”

Federal Covid guidelines have been relaxed but case rates have increased thanks to a subvariant of the Omicron strain which itself fuelled a steep rise last winter.

“This is not unexpected, that you’re going to see an uptick when you pull back on the mitigation methods,” Fauci said.

“If you look at the [Centers for Disease Control and Prevention] calculation with their new metrics, it’s clear that most of the country, even though we’re seeing an uptick, is still in that green zone, which means that masking is not recommended, in the sense of not required in indoor settings.

“… What we’re hoping happens, and I believe it will, is that you won’t see a concomitant comparable increase in severity, in the sense of … hospitalisations and deaths.”

Fauci also said the public should remember that authorities have said measures including indoor-mask-wearing could be brought back if hospitalisations rise.