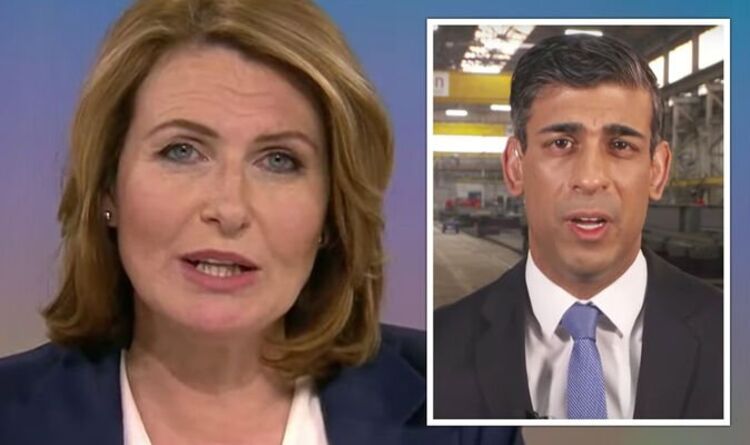 Chancellor Rishi Sunak was put on the spot over his wife’s alleged connection to an Indian company operating in Russia. Sky News presenter Jayne Secker questioned whether Mr Sunak’s family had failed to abide by the rules the UK Government set up to financially target Vladimir Putin and the Russian economy. Ms Secker said: “You mentioned the pressure on Russia.

“It’s been reported that you’ve got family like with Russia, that your wife apparently has a stake in the Indian IT consulting firm Infosys.

“They operate in Moscow, they have an office there, they have a delivery centre there. They have a connection with the Alpha Bank in Moscow.

“Are you giving advice to others you’re not following in your own home?”

The Chancellor said: “I’m an elected politician and I’m here to talk to you about what I’m responsible for. My wife is not.”

But the response did not appease Ms Secker, who replied: “She is not but equally but as a country we’re asking taxpayers to fund the UK’s support for Ukraine.

“We’re asking people in the UK to give up their homes to Ukrainian refugees whereas it appears your family, potential, could be benefitting from Putin’s regime.”

Mr Sunak however refused to address the Sky News host’s line of questioning: “No, I don’t think that’s the case.

“And as I’ve said, the operation of all companies is up to them. We’ve put in place significant sanctions and all the companies are following them as they should.”