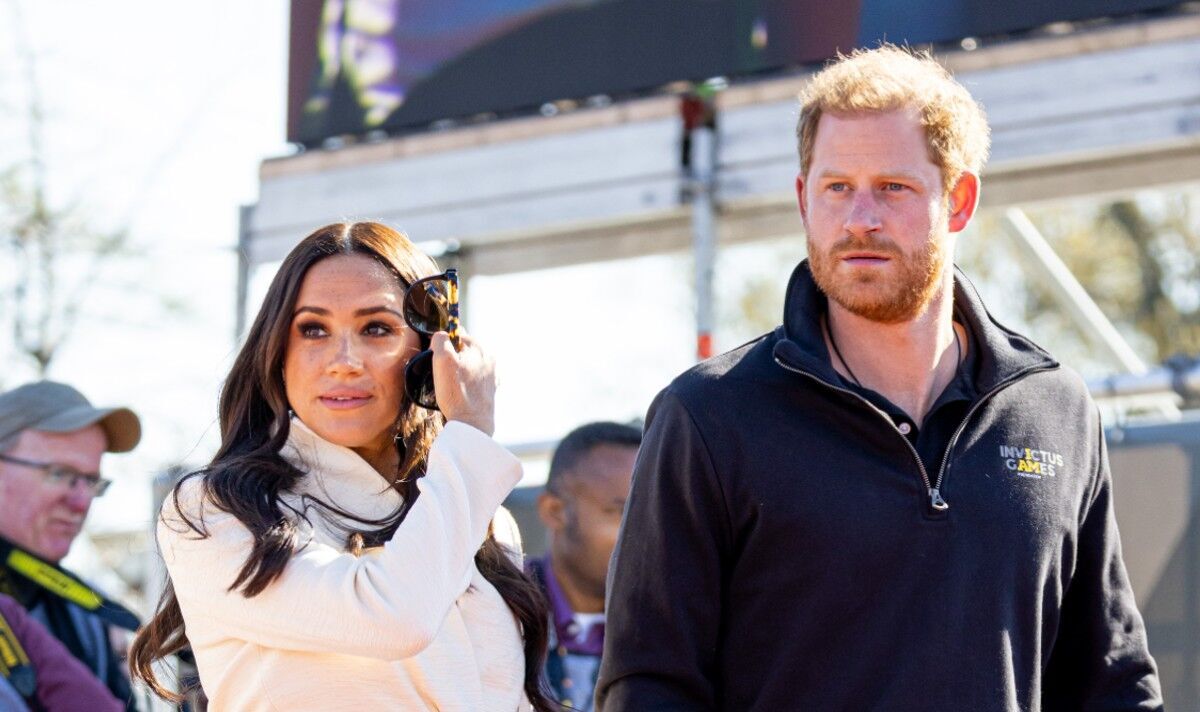 This comes after Netflix cancelled the animated children’s series Pearl, for which Meghan was to be an executive producer. The series was set to follow the journeys of a young girl who took inspiration from key women in history.

But after shares in Netflix tumbled by 35 percent, and the streaming service announced possible changes to its subscription model, the likes of Meghan and Harry will also be in the firing line, royal expert Robert Jobson has claimed.

He said: “Netflix has certainly caught a chill. And so too have wannabe be multi-millionaire film producers Meghan and Harry.

“The subscription streaming service’s shares have tanked after missing its subscriber target by 200,000.

“Now staff are being axed at the California-based firm, and big-name projects cancelled.”

He told the Mirror: “One of the first high-profile casualties is Meghan Markle, who along with Prince Harry signed a multimillion-pound deal with Netflix in 2020.”

He then said: “The cancelling of Meghan’s series proves one thing – their name and royal associations alone, doesn’t guarantee backing in the ruthless world of showbiz.

“Will Netflix demand more royal tittle-tattle, from the prince and his wife?

“Are they prepared to sell out even more? Only time will tell.

He then asked: “So, what does this mean for the couple who quit the royals to find peace, fame, and fortune back in the USA?

“Surely, Netflix will want more bang for their big bucks?”

As Netflix’s success stumbles, continued Mr Jobson, the Sussexes “may now face increasing pressure” to produce the “royal-related goods” to entice back subscribers.

One of the ways they could look to lure back customers is through an appearance in London for the Queen’s Jubilee next month, Mr Jobson suggested.

But this plan would have its obstacles, he added.

He said: “There has been talk of the Sussexes joining the Queen and other members of the Royal Family on the balcony of Buckingham Palace for her Platinum Jubilee.

“But any Netflix cameras following them will be left at the door.”