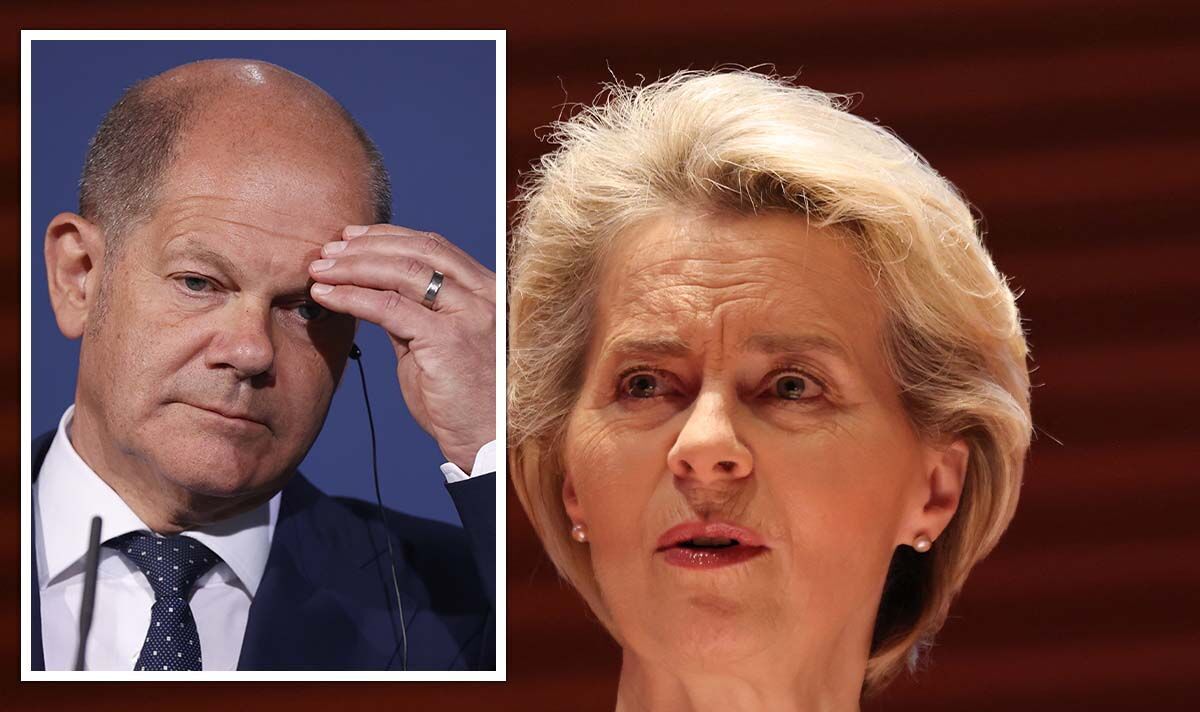 A group of 10 nations have written a furious letter to the EU Commission over the future of the bloc’s Fit for 55 climate package, as a major internal split threatens to water down the EU’s climate ambitions. The Fit for 55 package is designed to cut the EU’s greenhouse gas emissions by 55 percent by 2030, compared to 1990 levels.

The package will involve proposals to reform the Emissions Trading System (ETS), which is a set of market-based incentives which limit emissions across various sectors.

Last year, Ms von der Leyen and Commission Vice President Frans Timmermans pushed through with a plan to extend the ETS to private households, which would mean that EU citizens could be taxed further on heating and gasoline.

In a new letter signed by ministers, the 10 EU countries have warned that they are looking “with rising concern at the different calls to water down ambition across the files in the package — and the direction of travel of negotiations in this regard — in both the Council and in the European Parliament.”

As a result, the ministers warn that the EU risks “missing the mark by 2030 and setting us on an impossible trajectory thereafter.”

The letter, signed by Austria, Denmark, Germany, Luxembourg, Ireland, Sweden, Slovenia, the Netherlands, Finland and Spain, warned that EU nations may use Russia’s invasion of Ukraine as an excuse to delay the bloc’s renewable energy targets.

The letter added: “Let’s fight the temptation to let short-term motives stand in our way of taking the right long-term decisions.”

Meanwhile, several central and eastern European countries have criticised the Fit for 55 package, arguing that the bloc’s lofty goals of becoming a leader in climate change solutions could severely affect their citizens.

The EU taxonomy for sustainable activities is a system of classification that is established to determine which investments are environmentally sustainable.

Over the past year, the taxonomy has been the subject of fierce debate over whether to classify nuclear power and natural gas as “green”.