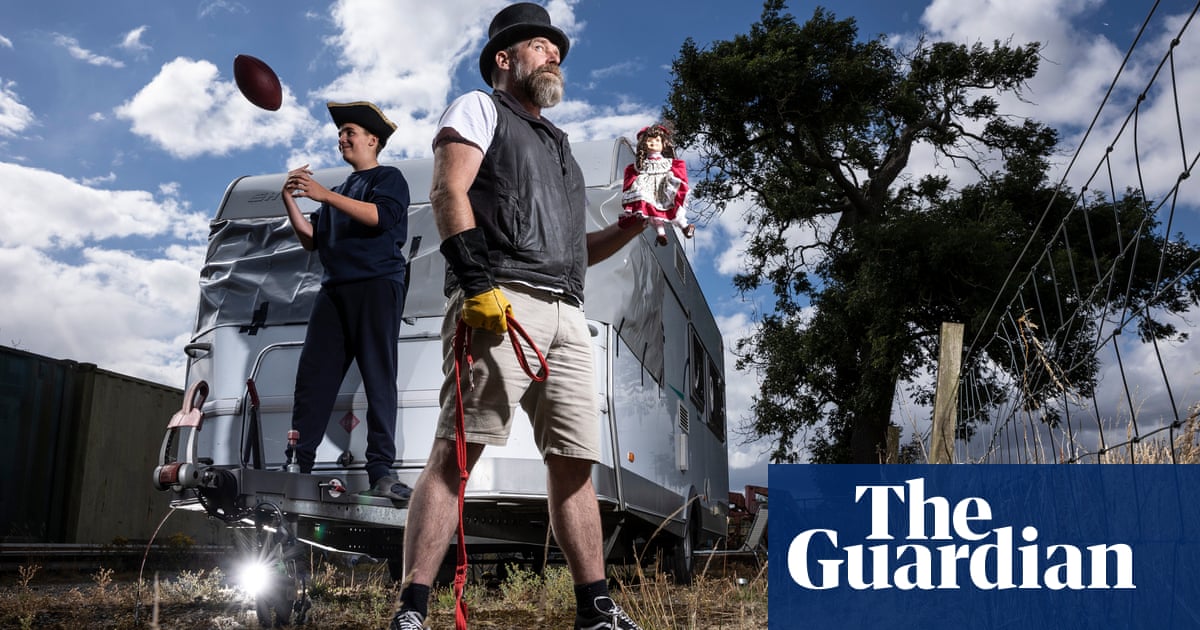 Tony Law has been coming to the Edinburgh fringe to perform for 20 years, but he’s never had an experience quite like this year.

Law is staying in a caravan on a working farmyard outside the city with his 13-year-old son, Atticus, and their German shepherd, Wolfie, after accommodation close to fringe venues doubled in price.

Law is an established comedian with a strong fanbase, and unlike many performers is expecting to make a profit from his performances. Yet he almost didn’t come this year because of accommodation costs – until a last-minute save from a friend with a caravan and a connection to a farmer willing to lease out his land – and he is unsure that he will return next year.

“If you’re 22 and you’re able to stay in a flat with 7,000 people you can maybe make it work. It’s fine for them or for Ricky Gervais but for other performers, I’m not sure,” he said, adding that he is unable to pick up lucrative last-minute work on compilation shows because of the half-hour drive into town.

Law is one of many performers who have opted for extreme measures to make ends meet at the fringe this year. Many feel priced out by accommodation costs which have soared as a result of tenancy reforms incentivising university students to hold on to their accommodation over the summer months, combined with cost of living rises.

This is likely to be further exacerbated by proposals aimed at limiting the number of Airbnb-style lets in Edinburgh, which have been recently approved by Scottish ministers.

While both sets of reforms bring benefits to local people, performers are concerned that, without loopholes for the fringe, working-class comics may be deprived of an important platform for their work and access to industry insiders.

Speaking at a gala to celebrate 40 years of Assembly, one of the big four fringe venues, its director, William Burdett-Coutts, warned that “the future of the event is threatened by accommodation prices”. He called for a “serious debate about how this all works and how to find solutions to the problems faced by this festival”.

Sian Davies, who runs Best in Class, which showcases working-class comedians at the fringe and provides crowdfunded grants to support them with their costs, said everybody she had spoken to had noticed that accommodation costs had “skyrocketed” this year, and many were reevaluating how regularly they should come, if at all.

“It’s pricing people out, and you’re already on the back foot if you’re from a working-class environment,” said Davies. “You’ll end up with a fringe which is even more homogenous and middle-class. If one type of performer is here at the world’s biggest festival then all of TV and radio is just that. This is where deals are done and people are picked up.”

Davies added that this is resulting in a “two-tier” system in which people staying on campsites have less access to the networking and paid opportunities.

This is the case for Samantha Day, a full-time comedian who is staying on a campsite 45 minutes by bus outside the festival for the first fortnight. The site is so popular that she has to move for the second fortnight to an area without a bus link.

“All the comedians I know are really nervous about their shows, I’m much more nervous about logistics. Will I have to walk home for four miles at 1am? It adds a layer of complexity,” she said.

The fringe is aware of the challenges performers are facing, and has formed a partnership with universities in the city to offer 1,200 rooms this year for £280 or less a week.

A spokesperson noted that short-term accommodation costs were increasing across the UK, including in Edinburgh, but said that the fringe continues “to lobby local government, universities and student accommodation providers to set aside affordable rooms for our artists”.

Many performers feel that their future at the fringe is unsustainable unless more is done to support them with accommodation costs, given that many already leave with considerable debts from putting on shows.

Sarah Archer is staying with three other performers in her comedy drama Three Women and Shakespeare’s Will in a tent outside town after her Airbnb from last year doubled its price. She said that this will be “our last fringe” after a decade’s attendance.

Archer has observed a “swell of malcontent” this year from fellow performers. “Having had that break during the pandemic, people have been weaned off [the fringe] and are saying ‘there are better ways to spend my money and get my show in front of audiences’.”

She added: “We’re going to be switching to Brighton fringe rather than Edinburgh just to manage the expense.”