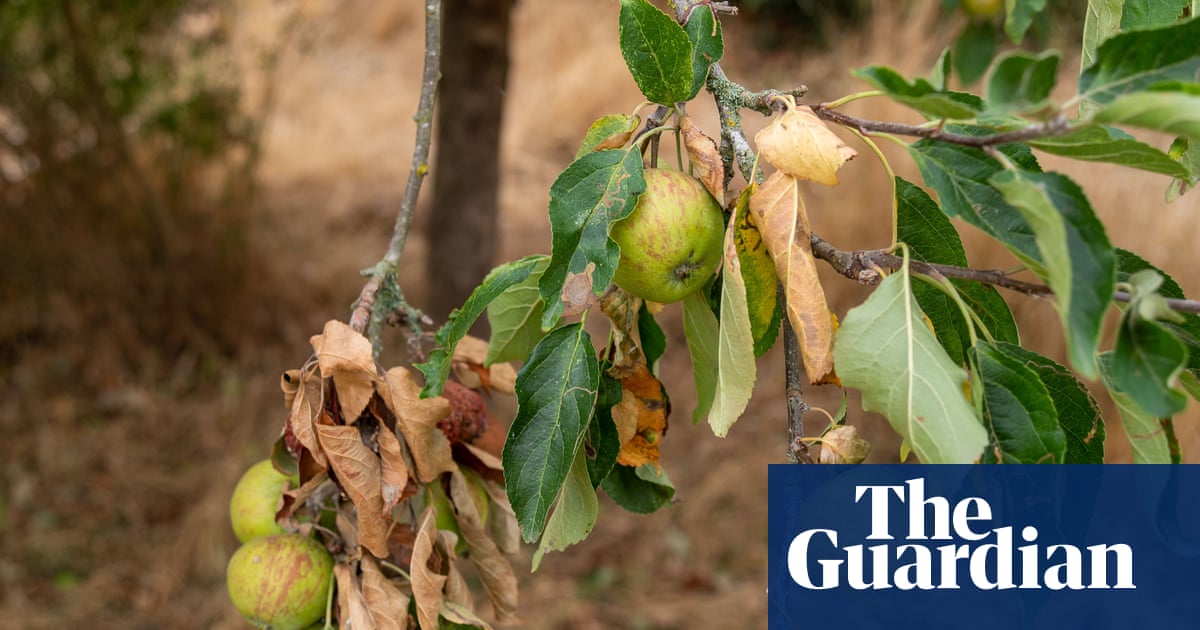 The UK government’s tree planting scheme is at risk because of the drought, the chief plant health officer has warned.

Arid conditions have caused heat stress in the young saplings and caused them to become susceptible to disease, Nicola Spence said at the world’s first international plant health conference, held in London on Wednesday.

Last year, the government said it would treble tree cover before the next general election in 2024, with mass forestry schemes around the country. This aim was to help increase biodiversity, capture carbon and make landscapes more resilient to flooding and drought.

But this year’s record dry conditions have put this at risk, with many trees planted unable to take the strain.

“You can clearly see the impact on trees in our countryside,” Spence said, adding: “I am very concerned about trees that have been newly planted as part of our government’s initiative to triple the amount of tree planting. So I think we’re going to have to look carefully at the establishment of those trees in particular.”

The threat to the tree planting scheme is concerning as the previous environment secretary, George Eustice, announced it as a “central pillar” of the government’s net zero plan.

The climate crisis is causing certain pests to thrive as well as making plants more susceptible to disease, as changing weather patterns make them weaker and so more likely to be affected by pests. This can damage crop yields; recent examples include the bacterial disease xylella fastidiosa wiping out whole olive groves in continental Europe.

The Food and Agriculture Organization (FAO) of the United Nations estimates that each year, up to 40% of global crop production is lost to plant pests and diseases, costing the global economy more than $220bn (£194bn), while invasive insects cause losses of at least $70bn.

Those at the conference said that reducing pesticides by using nature recovery schemes was paramount for food security. This is because reducing pesticide use and encouraging biodiversity helps foster a healthy predatory insect population, which in turn feeds on many pests.

The government in England is currently planning to pay farmers to take part in nature recovery schemes called integrated pest management, where they do just this under the new subsidies programme which is due to replace the EU’s basic payment scheme. However, there are fears that the Liz Truss administration plans to roll these schemes back.

Spence urged the government to keep this scheme on track, adding: “Integrated pest management is globally a very important tool. In terms of the UK’s situation, it is something that has to be part of our toolkit for future pest management.”

Due to global heating, gardeners in the UK are increasingly opting for more Mediterranean plants, including olive trees, as they can withstand arid conditions. However, this trend could put the country at risk of xylella fastidiosa, which can also wipe out popular herbs such as rosemary, many garden plants and some fruit crops. It can affect 600 different popular plant species.

Spence said xylella is one of the “main horrors” for plant scientists because it spreads so quickly and has so many host plants. She said olives are a particular concern: “People always say why worry about olive, we don’t grow it here. Well actually there is a lot of demand for it. You see them outside restaurants or planted in gardens and they will survive in the UK.”

She added, however, that the olive tree trade is strictly regulated.