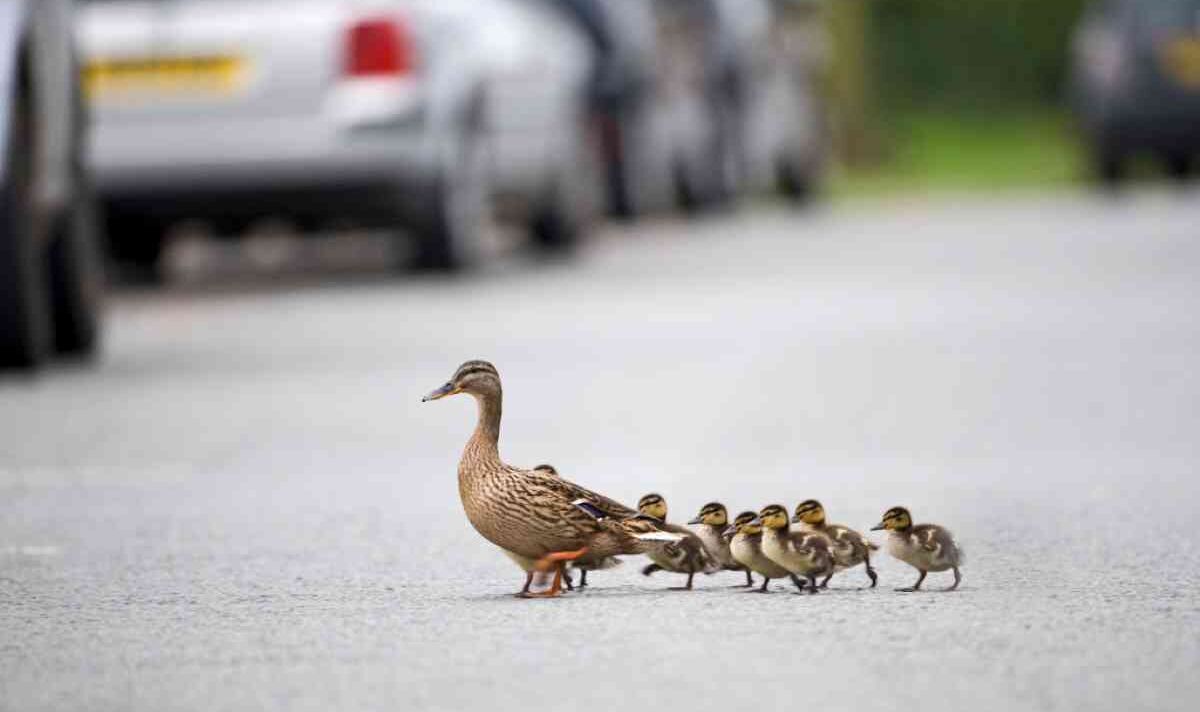 The incident has caused outrage on Twitter. Animal welfare Twitter user Dominic Dyer responded to the incident and stated: “Selfish cruel idiot.” This was in response to a social media post from a user called Steven Walley, who said: “I’ve just been driving on the A34 at Trentham Gardens roundabout when a family of seven ducklings were crossing the road.

“All the traffic stopped to let them cross.

“But, disgustingly a van driver, after initially stopping, could not wait for the five seconds it would have taken to let them cross.

“He then drove straight over them.

“Crushing three of them.”

The Twitter user released photos of the van driver on social media.

The photos show the van and also a very disturbing trail of dead ducks on the road.

The social media user continued: “I followed the van up the A34 to the layby before Strongford garage where we had a very heated conversation.

“Have tagged them in a tweet but well worth going on to staffs police website and reporting it via the chatbot.”

A Twitter user called Lula Belle said: “Yes surely this is a crime, he had stopped but couldn’t be bothered to wait.”

In April last year a bus driver hit and killed two “lovely ducks” and their eggs by running them over in Hull.

Speaking to Hull Live about the incident a woman claimed: “The ducks were on their eggs right up against the curb.

“He squashed the tyres right up that’s how deliberate it was. Honestly wicked.

“Myself and many others are heartbroken those little ducks have suffered like this.”