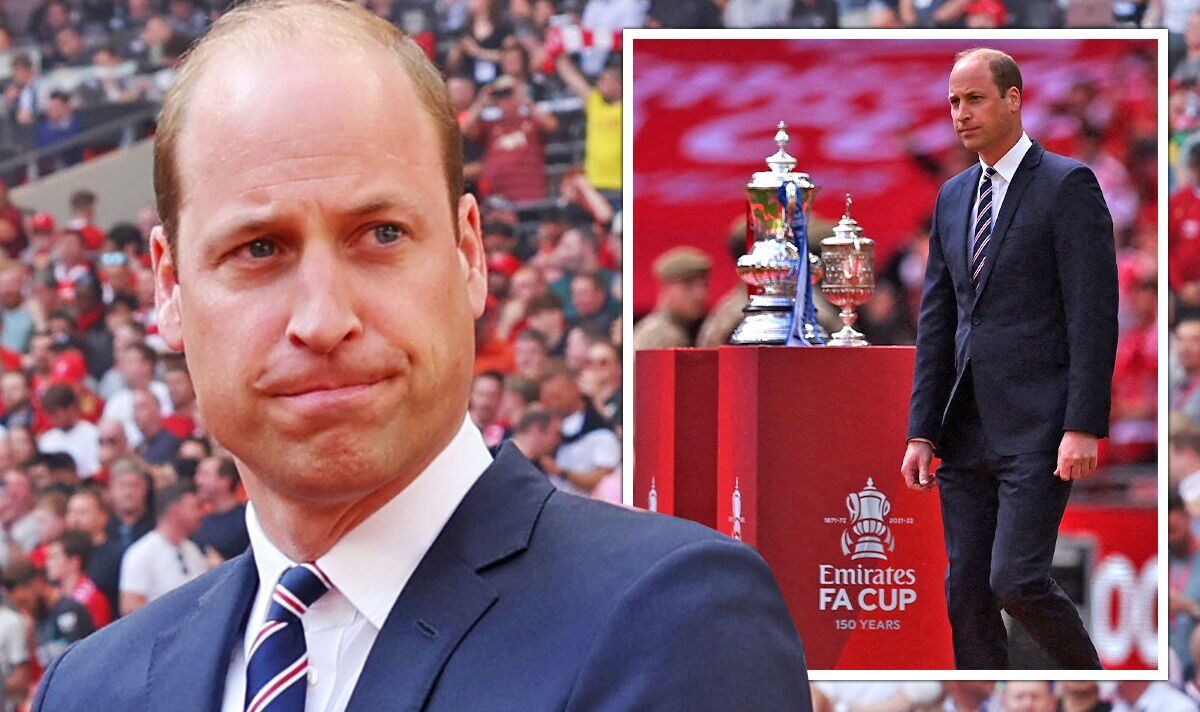 On Saturday, the Duke of Cambridge, 39, in his position as the Football Association president, attended the FA Cup Final. The match saw Chelsea and Liverpool squaring off for the title win at London’s Wembley Stadium.

Fans began jeering during a rendition of the Christian hymn Abide With Me.

Members of the crowd then cause a further commotion when William’s name was announced in the stadium.

Coverage of the event also highlights fans booing the Duke when he was taken to greet the players from both competing teams.

The booing and jeers then reached their peak when the National Anthem was performed.

Karen Martinez said she was “disgusted” by the crowd jeering at the Duke.

In a tweet, she wrote: “Disgusted with Wembley booing Prince William and the National anthem especially after cleaning his diary to present Deborah James with her Damehood yesterday.”

Hayley Thomas also branded the crowd’s actions as “rude”, and showed a lack of manners.

She wrote: “Manners don’t cost anything. I watched the final. I thought it was rude. Not doing themselves anymore favours behaving like that.”

A royal fan called Pooja called the actions of fans “Disrespectful behaviour” while Sue Ibrahim wrote: “To boo Prince William and our National Anthem was outrageous.”

CLICK HERE FOR LIVE UPDATES ON THE ROYAL FAMILY

Prince William has served as FA president since 2006 and regularly attends the FA Cup final.

He’s also passed on the love of the sport to two of his children – Prince George and Princess Charlotte.

On Saturday, no jeering could be heard from the crowd when William shook hands and handed medals to the Reds players after the game concluded.

He also presented the cup to Liverpool captain Jordan Henderson.

The trophy was then passed from player to player before being received by manager Jurgen Klopp who proudly raised it above his head.

William penned a rare personal message on Twitter not long after the match, congratulating Liverpool on their first win in the championship in 16 years.

“Very well deserved after a long journey and commiserations to @ChelseaFC, you showed real fight for the full 120 minutes and more. W #FACupFinal.”

The message was signed off with his initials to indicate the message had been written by William himself.

Liverpool managed to beat Chelsea 6-5 on penalties after both teams failed to score a goal during the game.