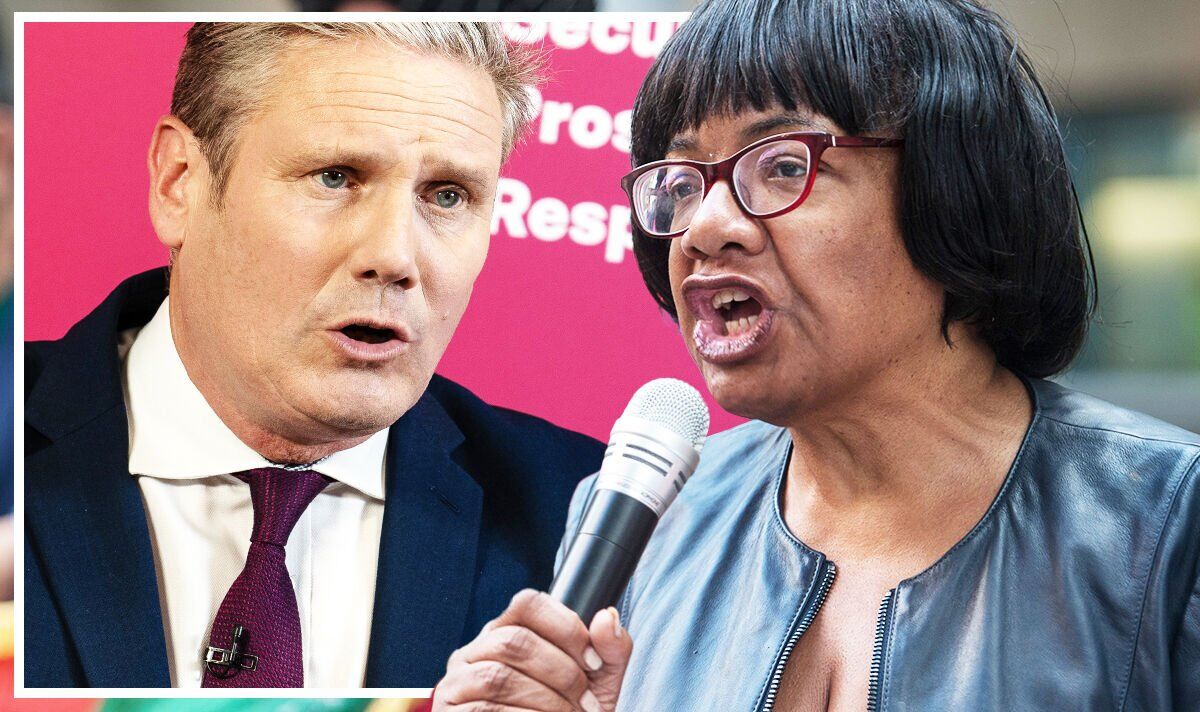 The former shadow Home Secretary is one of the most high-profile MPs in the Labour Party to give her full-throttled support to those on the picket lines. She was joined by former shadow chancellor John McDonnell and other Corbynites in rallying behind those striking last night.

Ms Abbott shared a picture of herself with the Rail, Maritime and Transport union (RMT) general secretary Mick Lynch on social media yesterday, saying she had “solidarity with RMT union members taking action to protect jobs and pay”.

Rail strikes are expected to cause the cancellation of about 80 percent of train services across the country today.

Thousands of members of the RMT at Network Rail and 13 train operators are walking out today and again on Thursday and Saturday.

Mr Lynch is demanding a seven percent pay rise for his members – more than double the three percent on offer.

And attacking Sir Keir Starmer he criticised him for not endorsing the industrial action.

He said the party leader and his team were guilty of “standing to one side and waiting for somebody to tell them what do” as he urged them to instead “ride that wave of resistance”.

Sir Keir has kept silent on his views on the strike action.

But MPs on the Left in his party have not hesitated to cheer on those walking out.

Mr McDonnell said “I will be joining picket lines” because “the union’s basic requests are completely reasonable”.

Rebecca Long-Bailey added: “Rail strikes are about plans to axe thousands of jobs, attack pay and conditions and real-term pay cuts over a long period.

“Come what may, I will be on a picket line supporting workers tomorrow.”

More than a dozen Labour MPs have accepted funding from the RMT according to official records.

Transport Secretary Grant Shapps last night criticised the Opposition for failing to condemn the misery being caused to millions of commuters with the strike action as he highlighted the donations.

He said in a debate in the House of Commons: “It’s that inability to simply say that they condemn the strikes that I think is the most striking part of this debate.

“It will hurt ordinary people.”

Prime Minister Boris Johnson is expected to say ahead of a Cabinet meeting on Tuesday that unions are “harming the very people they claim to be helping”.

He is set to accuse unions of “driving away commuters who ultimately support the jobs of rail workers”, while also hitting businesses across the country.

He will say: “Too high demands on pay will also make it incredibly difficult to bring to an end the current challenges facing families around the world with rising costs of living.

“Now is the time to come to a sensible compromise for the good of the British people and the rail workforce.”