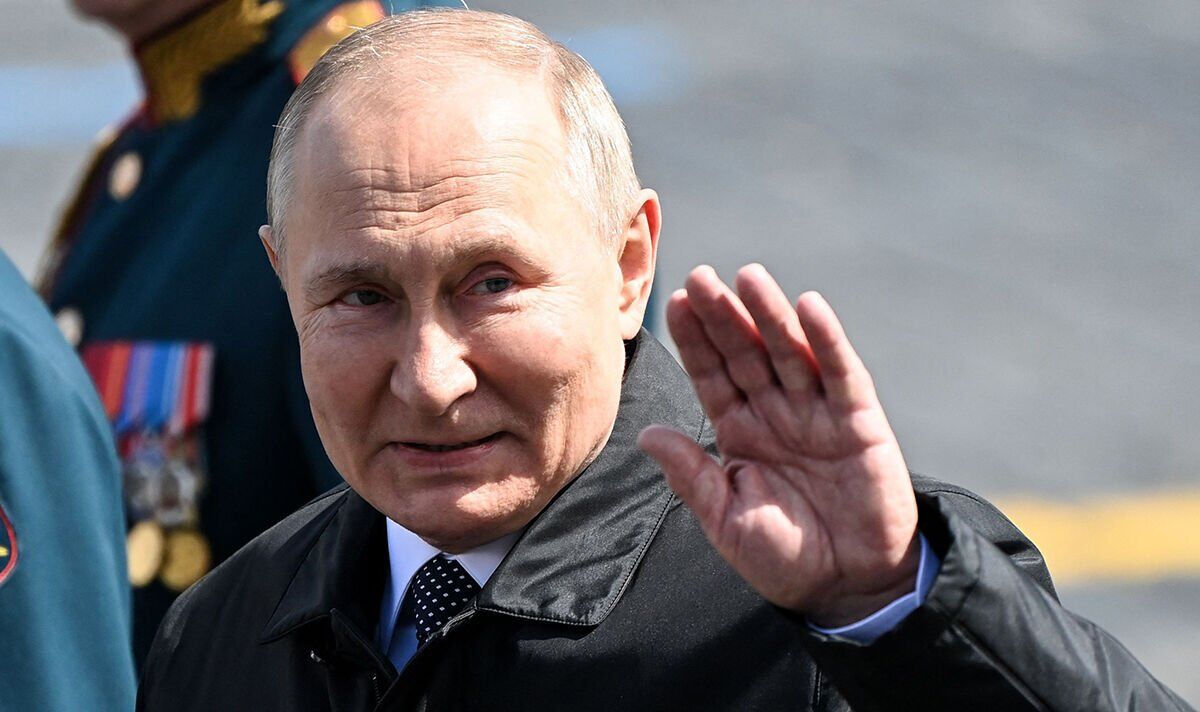 Russian President Vladimir Putin is “very worried” about growing unrest in Russia, amid rumours of martial law being imposed in the country. Earlier this week, the Kremlin was forced to deny US intelligence claims that President Putin would place the country under strict martial law. William Taylor, the former US ambassador to Ukraine, told CNN that there is “real discontent” spreading across the country.

The former US diplomat said that the return of bodies of Russian soldiers as well as the biting economic sanctions have sparked a mood of unrest.

CNN’s Jake Tapper said: “There are suggestions that Putin could impose martial law and reorient industrial production to sustain a longer-term war effort.

“Just how unstable are things in Russia?”

“He has somewhere between 10,000 and 20,000 Russian soldiers who have been killed and most of them are going back for burial in places around Russia.”

JUST IN: Russia in FLAMES: Putin nightmare as blaze rips through building

The Russian political expert continued: “So there is discontent, there are real problems.

“There are economic problems caused by the sanctions. Putin doesn’t have any good options.

“Martial law will probably further destabilise, rather than stabilise the situation.”

This comes as an intercepted telephone call released by Ukraine’s security services showed the scale of Russian losses.

She told US lawmakers on Tuesday that Putin may turn to “more drastic means” to keep his war going in Ukraine.

Ms Haines added that US intelligence believes Putin is “preparing for a prolonged conflict in Ukraine during which he still intends to achieve goals beyond the Donbas”.

Both US and British officials believe that the Western sanctions on Russia are hampering its ability to restock high-tech weapons, such as precision-guided munitions.

Overnight, the Institute for the Study of War claimed that Ukraine has “likely won the battle of Kharkiv” in a key victory for Kyiv.

In its latest assessment of the conflict, the respected military analysts say Russians were blocked from encircling Ukraine’s second city – and have now given up on attempts to do so.