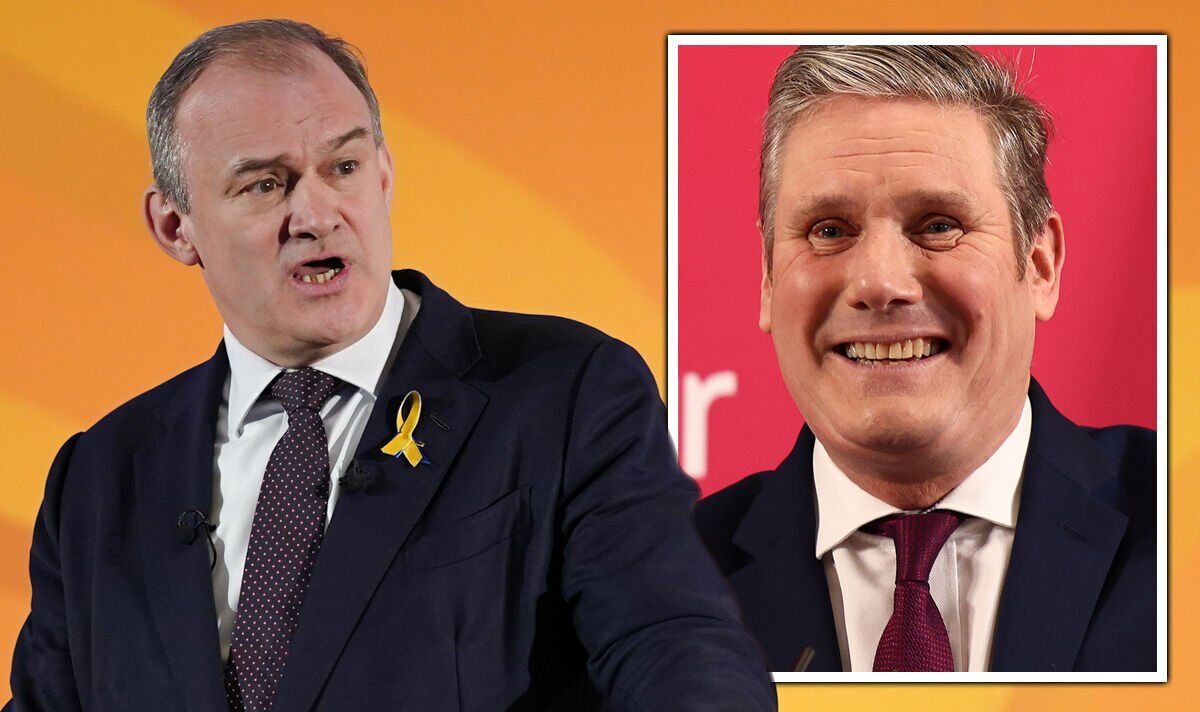 The May 5 elections will see Britons vote across England, Wales, Scotland and Northern Ireland together for the first time since 2019. While primarily local-focused, they have a national significance as Boris Johnson faces a “drubbing” for his part in partygate. And it seems his rivals are committed t showing the Prime Minister up as Sir Keir Starmer‘s Labour and Sir Ed Davey’s Liberal Democrats have allegedly aligned during the elections to deny the Conservatives a political advantage.

Is there a Labour-Lib Dem coalition?

Tory chairman Oliver Dowden accused the parties of working together on the political battlefield in a letter to Sir Keir on April 30 in which he claimed that he had uncovered a “secret” pact between them.

He alleged that Labour has “stood down candidates in swathes of the country”, and Liberal Democrats were “returning the favour” to “deny voters a proper democratic choice”.

The Liberal Democrats have traditionally performed well in the South East and South West, while Labour has a stronghold in the northeast.

But while he claimed the shift in contention was “far too substantial to be a mere coincidence”, neither the Liberal Democrats nor Labour have officially outlined an election pact.

In fact, both leaders have denied the accusations levelled by Mr Dowden ahead of the May 5 elections.

Sir Keir said “everybody knows” they have not organised a pact, while Sir Ed went a step further, ruling out any future political allegiances.

After failing to claim an outright majority in the 2010 general election, Conservative leader David Cameron brokered an alliance with Liberal Democrat leader Nick Clegg to stay in power.

They ruled together in the first coalition since World War Two until 2015, when the Conservatives received a majority on their promise of an EU referendum.

In 2019, the party reportedly offered Nigel Farage an electoral pact in which the Brexit Party would only target 40 seats held by Labour while Tories only stood “paper candidates”.

Although he turned down the proposal, Mr Farage ultimate committed to only standing Brexit Party candidates in Labour heartlands.