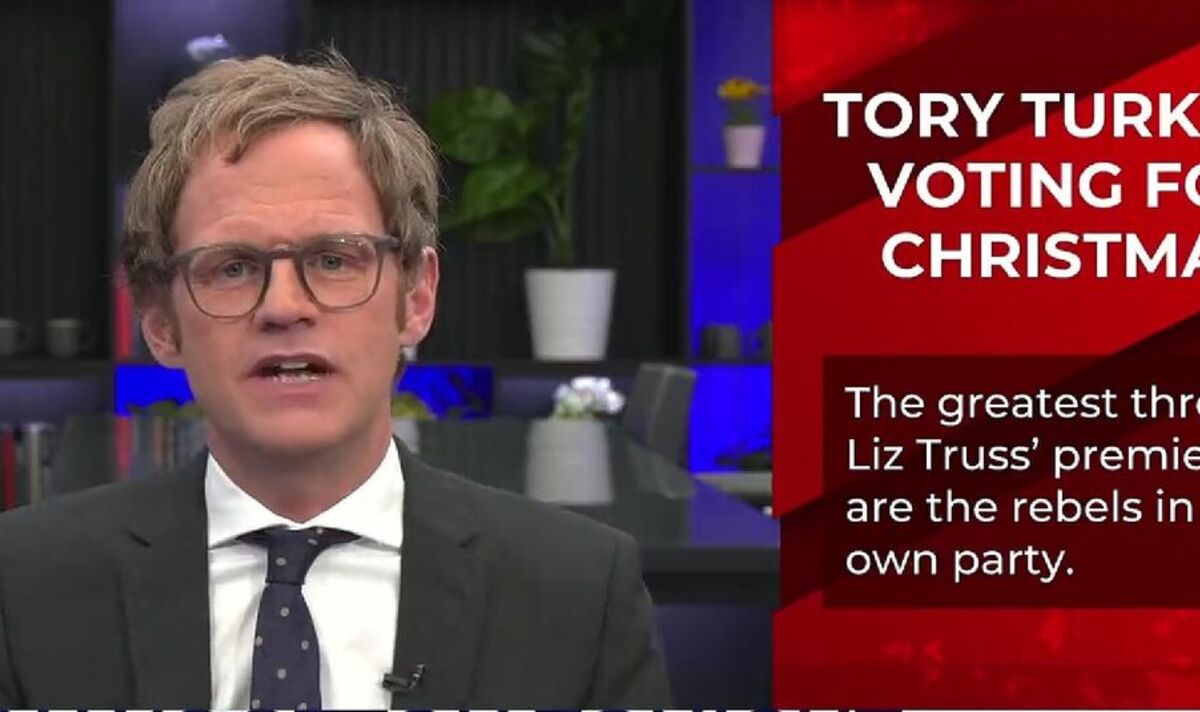 Mark Dolan argued that Ms Truss outlined a clear vision during her speech at the Conservative Party conference in Birmingham this week which would have boosted investment into the UK. However, the former Channel 4 presenter fumed that the Prime Minister’s policy agenda was being undermined by the former Education Secretary Michael Gove, who he labelled a “snake in the grass”.

He said:”What’s the greatest threat, to Liz Truss’s premiership? Keir Starmer? Vladimir Putin? The international bond markets? Sneaky Nicola Sturgeon? None of the above. It’s her own party.

“After a magnificent speech, at Tory party conference yesterday, in which this wonderfully unpolished, clear-sighted and authentic politician – who gets things done, like most women – laid out her vision for Britain.

“A prime minister with a vision? Praise the Lord.

“But all we are hearing about, following yesterday’s triumph, is conservative backbenchers, many of whom exited the cabinet following Johnson’s departure, plotting her removal.

“The cut to 45p in the top rate of tax was a brilliant policy, which could potentially have cost nothing or even brought more money in, as more people moved up the pay bracket, without fear of being clobbered by HMRC.

“It would have attracted high flyers from around the world into the UK.

“But what did for the 45p tax cut wasn’t the opposition, political think tanks, economic experts or currency traders. It was Tory MPs.

“I’m talking about the likes of that snake in the grass Michael Gove, parliament’s answer to John Travolta, the dance floor hogging former levelling up secretary, going on Sunday morning telly to say the tax cuts were unconservative.”

Mr Dolan went on to argue that Tory MPs will “no doubt thwart” fracking sites in their own constituencies and prevent Britain from becoming energy independent.

The former Celebrity Come Dine with Me winner raged that a Labour Government would be inevitable if Tory MP refuse to get behind their “impressive” leader.

However, he predicted that Ms Truss could go from “zero to hero” if she “holds her nerve” on the policies she outlined in Birmingham.

A raging Mr Dolan branded Tory MPs as “cowards, with no backbone” comparing them to the “wets” who opposed Margaret Thatcher’s policies in the early 1980s.

He said that supporters of Rishi Sunak had to “bury the hatchet” or play a part in making Sir Keir Prime Minister.

Mr Dolan also claimed that replacing Ms Truss with Mr Sunak was “insanity” and would be “turkeys voting for Christmas” while the public would never forgive the Tories for the “chaos”.