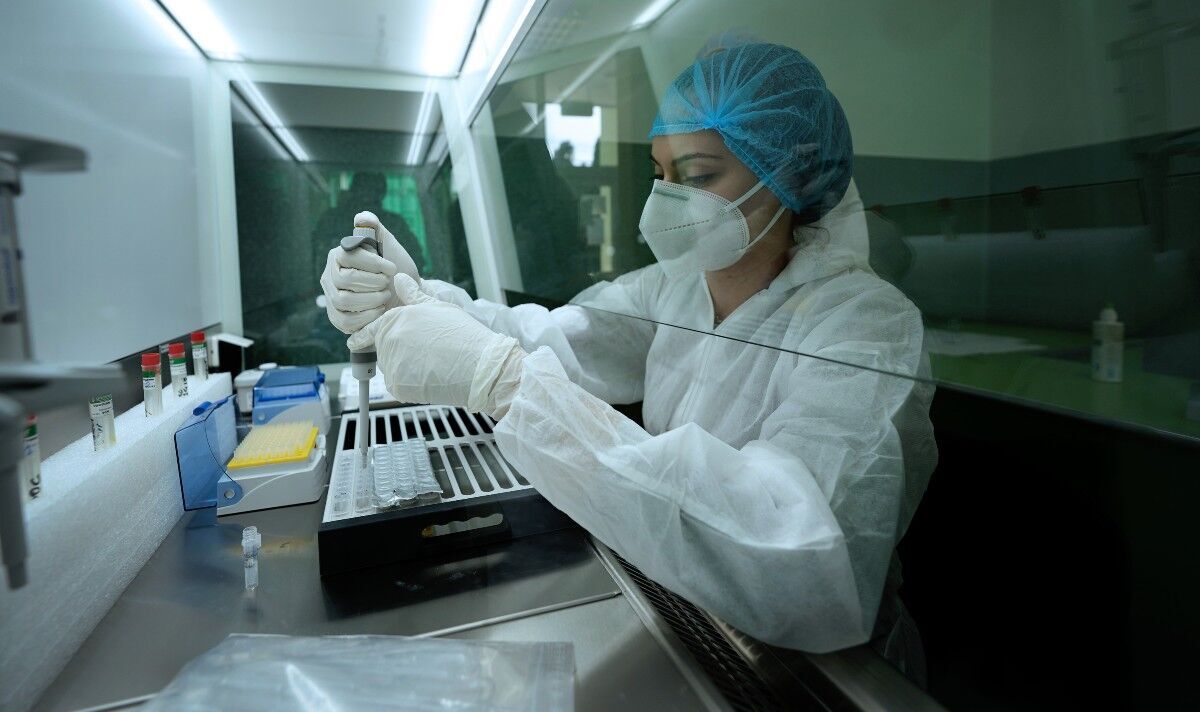 A damning report has added weight to the theory that COVID-19 originated from a lab leak in Wuhan after a watchdog claimed US-sponsored virus experiments in China were not effectively monitored. An audit by the US Office of Inspector General has called out the National Institutes of Health (NIH) for failing to properly review whether lab tests underway in Wuhan involved pathogens had the potential to spark a pandemic.

The federal audit examined three US taxpayer-funded research grants. They went towards NIH-supported research to understand naturally occurring bat coronaviruses at the Wuhan Institute of Virology, which had funds sent via a sub-award from the NIH grantee called EcoHealth Alliance.

But the report has blasted the NIH, the US’s medical research agency, for failing to ‘effectively monitor or take timely action to address EcoHealth’s compliance with federal laws.

The audit also found that both NIH and EcoHealth also failed to “understand the nature of the research conducted, identify potential problem areas, and take corrective action”.

The lab tests involved enhanced viruses that had been purposely engineered to be more infectious or deadly – referred to in the science world as “gain of function”.

But these kinds of experiments are banned in the US, despite grants being funnelled to the Wuhan Institute of Virology via EcoHealth.

Justin Goodman, from the White Coat Waste Project group, said: “This audit confirms what we have been documenting since early 2020 when we first exposed NIH’s funding of the Wuhan lab: EcoHealth Alliance shipped tax dollars to Wuhan for dangerous animal experiments that probably caused the pandemic, violated federal laws and policies and wasted tax dollars.

“Yet, the Wuhan lab remains eligible for even more taxpayer money for animal tests and just since the pandemic began, EcoHealth has raked in at least $46million in new federal funds from the DOD, USAID, NIH, and NSF.

“As the group that first exposed and ended EcoHealth’s calamitous collaboration with the Wuhan animal lab, we’re calling on Congress to defund these rogue organisations once and for all. Taxpayers should not be forced to bankroll reckless white coats who waste money, break the law and place public health in peril. Stop the money, stop the madness.”

This is not the only piece of evidence that has raised eyebrows about the potential origins of Covid-19, with multiple experts believing that a lab leak could be the most likely explanation.

However, the scientific evidence to date most strongly suggests that the respiratory disease is a result of viral evolution in nature, possibly jumping directly to humans or through an unidentified intermediary animal host.

This has historically been the case with a large bulk of other epidemics and pandemics, from influenza and Ebola to Zika and West Nile fever.

Despite this, a number of well-respected experts believe the virus could have been engineered by humans in a lab. Dr Alina Chan, a gene therapy and cell engineering specialist at The Broad Institute of MIT and Harvard, has argued that the lab leak theory is often disregarded as it is “not safe for people who know about the origin of the pandemic to come forward”.

She first suspected that the virus may have leaked from the Wuhan lab back in March 2020 after noticing that no one had found any infected animals at the Wuhan wet market, the location where Covid was first thought to have infected someone. However, she has not ruled out that a zoonotic spillover is a plausible explanation as to how the virus may have started.

Suspicions about the origins of Covid even stretch as far as Governments. Back in 2021, the White House ordered an investigation into the origins of the virus.

US President Joe Biden said in a statement: “Critical information about the origins of this pandemic exists in the People’s Republic of China (PRC), yet from the beginning, government officials in China have worked to prevent international investigators and members of the global public health community from accessing it.

“To this day, the PRC continues to reject calls for transparency and withhold information, even as the toll of this pandemic continues to rise. We needed this information rapidly, from the PRC, while the pandemic was still new. Since taking office, my administration has renewed U.S. leadership in the World Health Organization and rallied allies and partners to renew focus on this critical question.”

The NIH and EcoHealth Alliance have been approached for comment.