Skip to content
HomeNewsCould Russia use chemical weapons in Ukraine and how would west respond? 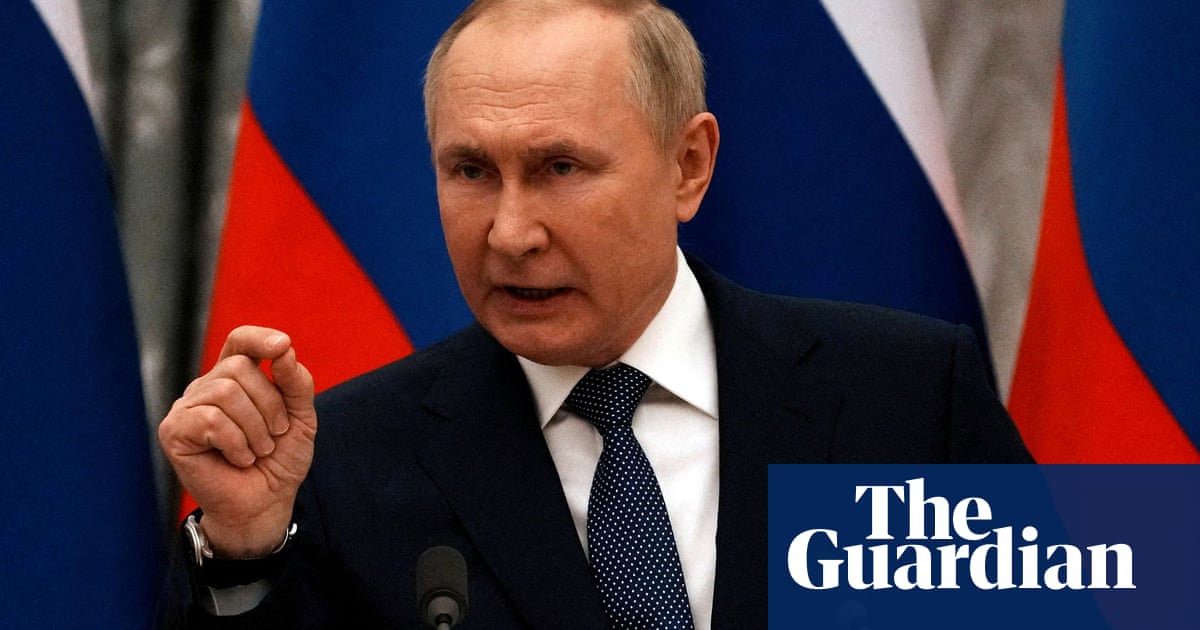 Joe Biden was asked twice in a press conference on Thursday if Nato would respond with military action were Russia were to use chemical weapons in Ukraine, a fear raised repeatedly over the past few weeks by the US, UK and others.

How did the US president reply – and what did he mean?

The second answer was less clearly expressed. “It would trigger a response in kind. Whether or not – you’re asking whether Nato would cross – we’d make that decision at the time.”

It was clear from the context that a “response in kind” was intended to mean it would be a considered reaction to what was deemed to have taken place. Military action was by no means certain – although Biden was careful not to rule it out either.

Could Russia use chemical weapons in Ukraine?

Russia is one of 193 countries that have signed an international treaty banning the production, stockpiling and use of chemical weapons – and Moscow denies having or using such weapons.

However, Russian agents used a deadly nerve agent, novichok, in Salisbury in 2018, killing a woman. It was used again by agents to poison the opposition leader Alexei Navalny in August 2020. Investigative journalists believe Russia retains a covert chemical weapons programme, while its ally, Syria, is accused of repeatedly using a range of chemical weapons during the long-running civil war there.

Western leaders have become concerned that Russia’s failure to achieve a quick victory in Ukraine means it could consider escalating the weapons it uses to avoid bloody urban warfare, which favours the defenders.

Helicopters dropping chlorine gas in residential areas of Aleppo in November and December 2016 led to the end of rebel resistance in the Syrian city after four years of fighting. “These weapons are morbidly effective and can break the will of civilians to resist,” said the chemical weapons expert Hamish de Bretton-Gordon.

Biden’s answer was clearly conditional on what any attack would look like. De Bretton-Gordon argues there are two possible types of Russian attack: a chlorine or ammonia attack, which the Kremlin would could try to dress up as an industrial accident, and the use of chemical weapons specifically designed to kill such as sarin, which was used in Syria in 2017, or novichok.

“In the first instance, I am not sure there would be a kinetic [military] response from Nato – allies would more likely want to supply Ukraine with more and better weaponry and extra intelligence if they can. But if Russia used agents only designed for use in warfare, Nato would likely have to respond militarily as they did in Syria,” said de Bretton-Gordon, also a former commander of Nato’s chemical weapons force.

The US engaged in two sets of strikes in Syria. Missile strikes took place in April 2017, after the sarin gas attack. Air and missile attacks followed year later in April 2018, with the help of France and the UK, after a chlorine gas was used in Damascus. Each time what were described as Syrian chemical weapons sites were targeted.

But any attack by Nato forces, or a subset of western countries, would be very unlikely to attack chemical sites in Russia directly for fear of starting a general war, which Nato members agree they want to avoid. The reality of Russia’s ability to strike back against the west may well make a military response impossible.

Are there non-military alternatives?

A second option would be to tighten economic sanctions further, using the illegality of chemical weapons as justification. Options would include sanctions against other Russian banks and a full ban by the EU and the UK on oil and gas imports, although that would be, for some countries, an economically difficult decision to take.

Western leaders say they want to preserve “a bit of ambiguity” in any response, as the UK prime minister, Boris Johnson, said on Thursday. But the reality is that serious discussions will only take place after any chemical weapons attack.