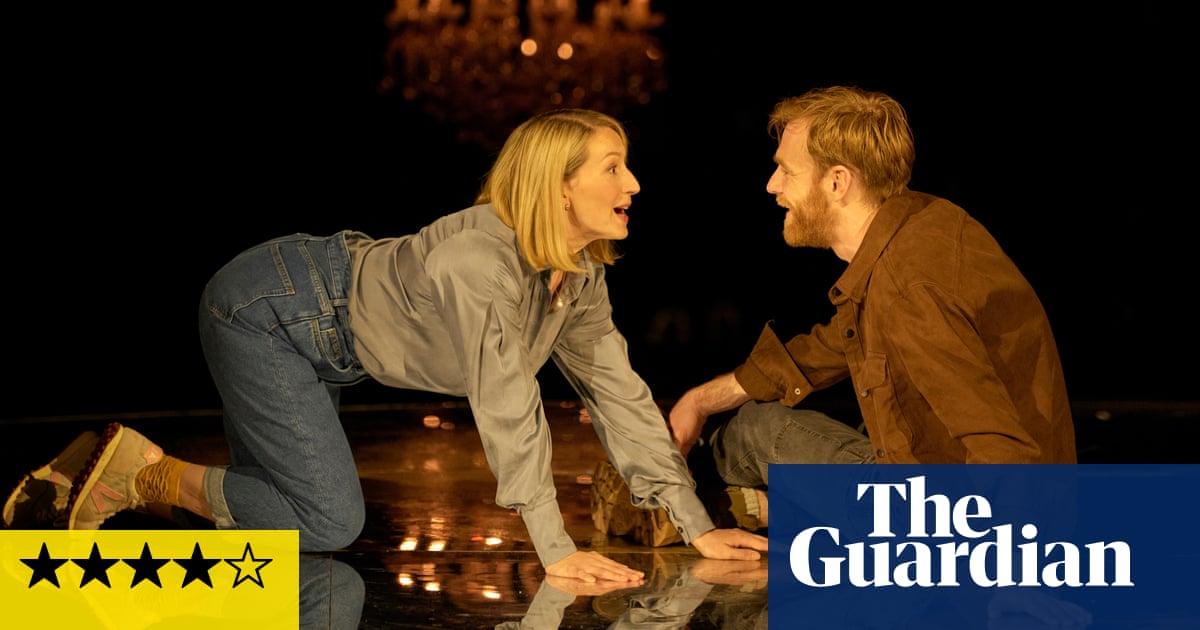 There were two lovers, Roland and Marianne, who lived in London, New York or maybe Dublin, now and never, once and always. Nick Payne’s 2012 play lifts us from this current moment, offering a wider and infinitely giddier view of existence. Whether seen through the eyes of Roland the beekeeper (Brian Gleeson), or of Marianne the quantum physicist (Sarah Morris), the familiar essentials of a love story are opened up to encompass multiple possibilities and alternative outcomes.

In Mark Atkinson Borrull’s buoyant production, the ramifications of each scene play out like an intricate dance. Key moments in the couple’s relationship – meeting, first date, break-up, reunion, illness – are performed in fragments, with different inflections and outcomes each time, representing Marianne’s view that everything exists simultaneously in the multiverse.

No matter which version of Marianne’s story she is playing, Morris is open and impassioned, with Gleeson’s droll, sometimes bewildered Roland a perfectly understated foil to her energy. Beneath a canopy of chandeliers the couple’s image is reflected in designer Molly O’Cathain’s mirrored surfaces and ceiling, with snapping shifts in time and place gorgeously created by Paul Keogan’s clusters of light and Liz Roche’s movement direction.

Wrapped in levity, the play does not lose sight of the larger questions: about reality, time, chance, free will, choice, death. Reflecting a non-linear view of cause and effect, the play circles back to a central scene in which Marianne’s language is breaking down due to illness. First she speaks in single words, then letters, later in sign language. “We have all the time we’ve always had,” she says, as if this is a matter of perception and choice. Roland may or may not choose to agree.